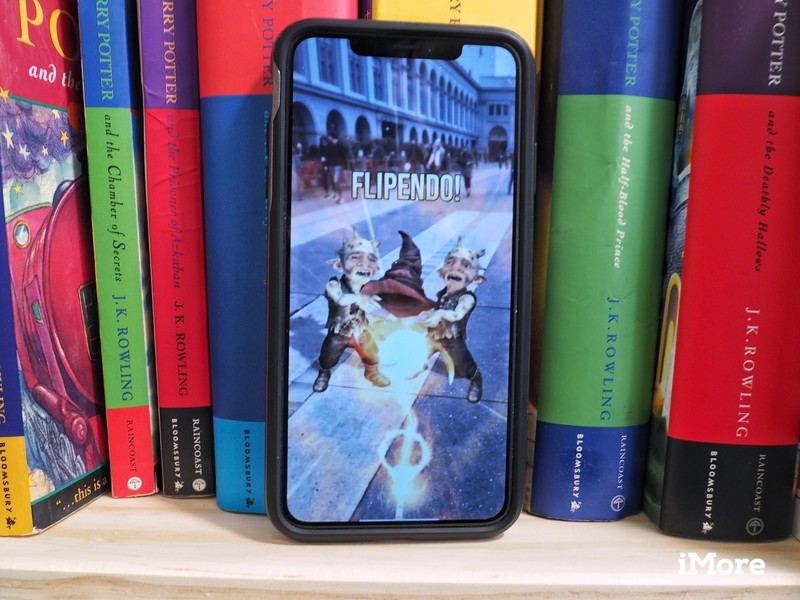 Dubbed ‘Harry Potter GO,’ Niantic’s next phenomenon is set to launch sometime in 2019. Here’s everything you need to know!

Harry Potter fans are getting a slew of new games on console and mobile starting this year, since Warner Bros. and its subsidiary, PortKey Games, makes a push with Harry Potter content. The game I’m personally most excited for is Harry Potter: Wizards Unite, here’s everything you need to know right now!

In an email sent out to Pokémon Go players, Niantic is giving you the opportunity to reserve their trainer nicknames so that you can use them in the upcoming Harry Potter: Wizards Unite game. If you want to duel wizards and search for magical “foundables” with the same name you’re already using to catch friendly-Pokémon, you can reserve your name now.

While there’s no new information on an official release date, it certainly does seem this is another step in the right direction. We can only hope that a release (in any form) has to be coming up in the next few months, and the anticipation is killing us!

In a blog post the developers gave us a first look at the upcoming Harry Potter: Wizards Unite and unveiled quite a bit of information about what you will do in the game.

“A calamity has befallen the wizarding world, causing artefacts, creatures, people, and even memories to mysteriously appear in the Muggle world. Witches and wizards from across the globe must come together to solve the mystery of The Calamity, overcome the confounding chaotic magic that surrounds these “Foundables,” and return them to their rightful place, keeping them safe from Muggle eyes.”

For a full breakdown of all the new gameplay details announced keep on reading below!

Harry Potter: Wizards Unite hit us with another teaser for the upcoming AR mobile game, and this time it’s cute as can be! It seems as though more magic is spreading to the muggle world and now magical beasts are venturing out into the real world.

It’s going to be a magically Christmas after all, as the developers of Harry Potter: Wizards Unite pushed out a new teaser trailer featuring a broom streaking across an empty highway by itself. While no new game info has been released yet the official Twitter for the game tweeted this along with the teaser video:

“Riderless broomsticks were spotted flying erratically in the Muggle world. Stay alert for any other cases of unexplained magical activity! #WizardsUnite”

It could be a hint that more information will be released in the near future!

While the trailer doesn’t show any actual gameplay, there are a few details we can discern from the live action trailer. It appears wizards and witches around the world will be responsible for keeping the wizarding world safe and out of sight from the Muggle world.

The official Harry Potter Wizards Unite website has also been updated to tease us all about the upcoming AR game set in J.K. Rowling’s wizard universe:

“The Ministry is looking for witches and wizards willing to roll up their sleeves and volunteer to save the wizarding world from the Calamity. As a member of the Statute of Secrecy Task Force (a new task force formed in partnership between the Ministry of Magic and the International Confederation of Wizards) you will hone lightning fast wand reflexes, an ability to sniff out the faintest whiff of magical disorder from afar, and proficiency in advanced casting of multiple spells.”

What is Harry Potter: Wizards Unite

Unfortunately, there’s no official release date for Harry Potter: Wizards Unite as of right now. I am still in the mindset that we should see the game launch (even if it’s just a beta/soft launch) in the first half of 2019. I don’t have any solid evidence, it’s just a hopeful guess that now that Niantic is done with their rework of Ingress, they are focusing on Harry Potter: Wizards Unite more now than ever.

Of course, I may be wrong, but they have been posting teaser relatively frequently (every month or so) for the past while now, so I’m remaining optimistic that the release date will be sooner rather than later.

While we don’t know everything about the game, there are a few aspects of Harry Potter: Wizard Unite that the development team has shed some light on.

Foundables in the real world

Much like Niantic’s previous titles (Pokémon GO and Ingress), Harry Potter: Wizards Unite will require you to physically move around to encounter new creatures and find interesting places to interact within the game.

“As you step outside and explore the world, the Map will reveal Traces of magic, highlighting the location of magical Foundables. While these Traces can be found all around you, certain Foundables may be more likely to appear at various types of real-world locations including parks, banks, municipal buildings, college campuses, libraries, monuments, zoos, art galleries, and more.”

While the term, Foundables is a little vague, it sounds like players will be tasked on finding these magical Foundables akin to how you find Pokémon in Pokémon GO.

“Cast a variety of spells to overcome the Confoundable magic, keep the magical Foundables safe, and send them back to the wizarding world. By returning Foundables, you’ll earn unique rewards that can be tracked in the game Registry.”

We’re not exactly sure what type of magical Foundables will be in the game, but we have seen a Boggart kicking around in the promo images.

One thing is clear, you’ll be able to cast spells to help protect the Wizarding World from the Calamity and restore order and even to fight dangerous foes; however, spells will use Spell Energy that you’ll need to replenish!

“As you cast spells, you’ll consume Spell Energy. Be sure to regularly stop by Inns, found at Muggle locations around the world, to collect food and drinks that replenish your Spell Energy.”

It seems to me that you’ll refill your Spell Energy a lot like you refill Pokéballs in Pokémon GO, whereas instead of going to Pokéstops, you’ll go to Inns.

What’s a wizard or witch without their favorite brew? The ability to brew potions will be a component of gameplay in Harry Potter: Wizards Unite, allowing you to find ingredients on the map that will vary by time-of-day, temperature, and weather conditions. You can also find potions ingredients in specially designated greenhouses found in the game.

While it isn’t clear what potions will let you do at the moment, but they seem like they will likely help you on your journey much like items do in Pokémon

“Fortresses are host to Wizarding Challenges, real-time multiplayer battles against dangerous foes, including Death Eaters and soul-sucking Dementors. You won’t want to face these threats alone–gather your friends to take on threats of even higher levels and recover rarer magical Foundables from within the Fortress walls.”

These Wizarding Challenges at Fortresses seem similar to Raids in Pokémon GO, where players will need to team up to take down strong enemies and claim rewards if they win.

Could we even fight Voldemort himself? Only time will tell!

Players will have the option to specialize in three different magical professions — Auror, Magizoologists, or Professor — which will grant players access to unique skills and abilities to help you on your journey.

When it comes to battling enemies at a Fortress, it seems it would be wise to team up with other wizards and witches that have chosen a different profession than you, thus having a wider range of abilities to use in battle!

Portkeys; the seemingly mundane objects that can instantly transport you anywhere will be in Harry Potter: Wizards Unite.

“Make sure to also keep an eye out for Portmanteaus, which can be unlocked to reveal Portkeys that whisk you away to iconic wizarding world locations. For the first time, you’ll be able to step into a full 360-degree Advanced AR immersive experience in places like Ollivander’s Wand Shop.”

No details on where or what type of Portmanteaus we should be looking for or whether Portkeys will offer you any other benefit than an AR experience, but it’s really cool to see the game explore the deep and rich Wizarding World we all know and love.

How can I get updates?

Obviously, I’m pretty invested in the game’s development and will be covering all the news and rumors I can find right here on iMore.

You can also go to the Harry Potter: Wizards Unite website to sign up to the email newsletter.

Are you excited for What is Harry Potter: Wizards Unite?

Let us know in the comments, and remember to bookmark this page so you don’t miss out on any news! 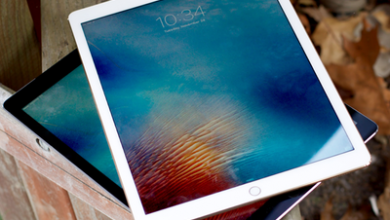 Will Pokemon Sword and Shield work with Pokemon Bank?