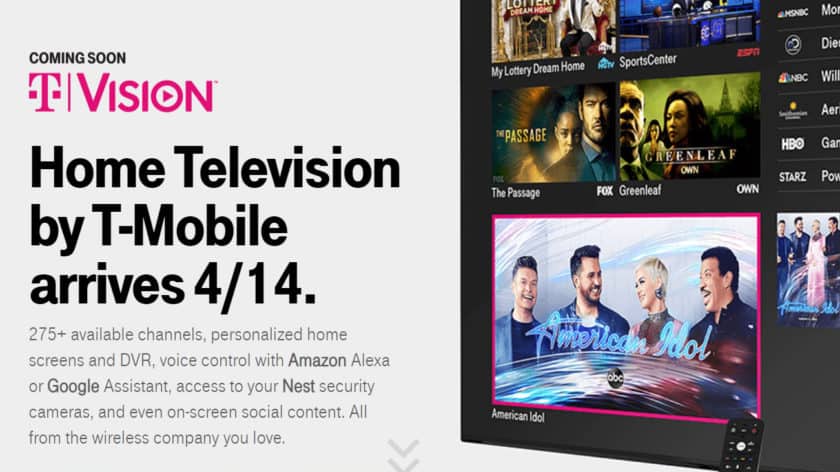 In a press release today, T-Mobile formally announced its first major attempt at taking on “Big Cable”: T-Mobile’s TVision Home. The paid television service will go live in a handful of U.S. cities on April 14.

TVision is generally just an upgrade and rebrand of Layer3, an entertainment service T-Mobile acquired at the very beginning of 2018.

Using TVision, customers will get access to nearly 300 cable television channels, including 4K versions of certain channels. The major networks are all here, such as CBS and ABC, as well as MTV, AMC, USA, TLC, and many more.

Google Fi vs T-Mobile: Which is right for you?

Google Fi — which started out as Project Fi — is an online-only wireless carrier. The big selling point of Google Fi is that you only pay for the data you use, and that the …

The television channels that make up TVision will be transmitted via the internet through a customer’s already-existing broadband subscription. Eventually, T-Mobile will offer its own in-home wireless broadband service that will likely pair with TVision — but for now, you’ll need a broadband subscription and TVision in order for things to work.

TVision also offers 400 hours of DVR, integration with connected smart homes based on Amazon Alexa or Google Assistant, the ability to add premium channels to the subscription, such as HBO, and access to streaming channels like iHeartRadio, Pandora, and more. Netflix is on the way, T-Mobile says.

T-Mobile’s TVision costs $99.99 per month, but existing T-Mobile customers can save $9.99 and pay only $90 per month. For a limited time, T-Mobile will offer the $90 rate to everyone, regardless of your wireless subscription.

This service has a lot of perceived benefits, but it’s hardly a Big Cable killer.

T-Mobile is also going to pay off your cancelation fees if you are currently subscribed to Dish or DirecTV, up to $500. T-Mobile will distribute the cash via a prepaid gift card.

In its press release, T-Mobile makes a big deal about how the average cable subscriber in the U.S. pays $107.30 per month. What T-Mobile is offering here with TVision isn’t significantly less expensive, and once you start adding in the HBO subscription as well as the $10-per-month fee for each additional connected TV in your home (yes, $10 per additional TV per month), your monthly TVision bill will likely be higher than the average cable bill.

T-Mobile is the carrier to watch right now. It’s currently the third biggest mobile service provider in the United States, and growing very quickly. Thanks to T-Mobile’s “Uncarrier” plan, it’s been changing industry standards for the better …

Overall, it’s hard to see TVision as the “disruption” to the cable industry that T-Mobile seems to want us to think it is. The offer to pay off your cancelation fee is certainly nice, but once you switch you’re not likely to save much money each month.

Click the button below to learn more about TVision from T-Mobile. 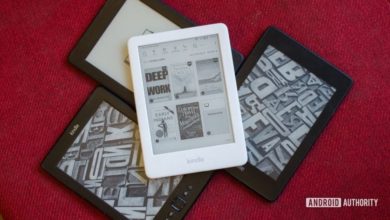 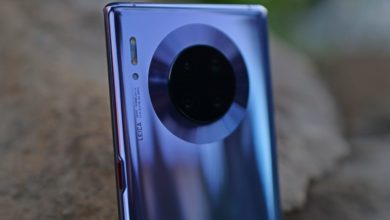 Huawei has reportedly shipped 12 million Mate 30 phones, but where?