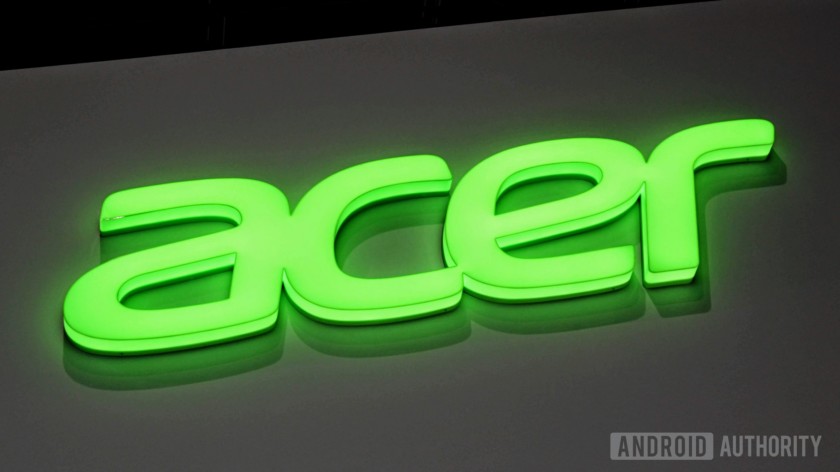 Acer is taking the shotgun approach with its spring laptop lineup. The company showed off two business-focused Chromebooks at an event in Brooklyn, and a range of gaming machines. Consumers in the market for a portable device will find updates to Acer’s Aspire, Nitro, Predator, and TravelMate lines.

Acer has turned its attention to the enterprise sector with its latest Chromebooks. The Chromebook 715 and Chromebook 714 are a pair of premium portables that are durable, secure, and powerful.

Both the 715 and the 714 are made from all-aluminum chassis with a MIL-STD 810G rating for strength and protection against humidity. Acer claims the devices can handle drops of up to 48 inches (122cm). These Chromebooks are slim and sedate, as far as the design is concerned, in order to blend into business settings. The touchpad is protected by Gorilla Glass.

Other enterprise features include an integrated fingerprint reader and Citrix Ready Certification.

The 715 is unique thanks to a full-sized number pad on the right side of the backlit keyboard, making it ideal for those who do a lot of number-based data entry. The 715 includes a 15.6 IPS LCD display with Full HD resolution. It’s available with standard and touch screens

The 714 dials things back a little. It has a 14-inch IPS LCD display with thin bezels. It is a bit more compact than the 715. It, too, comes with either a standard or touch screen.

Acer claims both machines deliver 12 hours of battery life for a full day of productivity. The Chromebooks are available in a handful of processor configurations, including 8th Gen Intel Core i5, Core i3, Celeron, and Pentium Gold with either 8GB or 16GB of RAM. Storage capacities range from 32GB to 128GB.

Connectivity includes dual-band 802.11ac Wi-Fi and Bluetooth 4.2. Owners will be able to take advantage of a single USB-C 3.1 port as well as a USB 3.0 port and microSD card reader. An optional USB dock allows the Chromebooks to connect to a range of accessories.

Acer is looking to work the Chrome OS business niche with these new Chromebooks.

The Acer Chromebook 715 and 714 both run the latest build of Chrome OS, with full support for Android apps and the Google Play Store.

The 715 will be available in North America in June starting at $499. The 714 will arrive sooner. It is slated to reach North America later this month (April) for $549. Exact pricing and availability will vary a bit by region.

TravelMate P6 is an ultra-thin for mobile pros

This is Acer’s top-of-the-line Windows laptop for executives who are on the go. It measures 0.6 inches thick and weighs 2.4 pounds. It supports up to 20 hours of battery life and includes LTE and NFC options for added connectivity. The P6 is MIL-STD 810G rated and includes a fingerprint reader and IR scanner for biometric security.

It will be available in North America starting in June for $1150.

This machine is all about performance. The Acer Predator Helios 700 is a Windows gaming machine optimized to deliver the best experience possible. It has a trick keyboard that slides forward to expose two fans and improve airflow over the processors. Acer calls it the HyperDrift keyboard. It is paired with five copper heat pipes and a vapor chamber to further help with cooling.

The keyboard does more than slide. It has per-key RGB backlighting and MagForce WASD keys that allow for multiple levels of actuation for more precise control over gameplay.

It is powered by the 9th Gen Intel Core i9 processor with the Nvidia GeForce RTX 2080 GPU and up to 64GB of RAM. Other specs include a 17-inch screen, five speakers, and a subwoofer.

If you’re wanting to buy a new laptop, Acer has quite a few. Enough so that you may end up confused as to which model is best for you. Just on the consumer side alone, …

A down-spec’d Predator, called the Helios 300, has a 9th Gen Intel Core i7 processor with the Nvidia GeForce RTX GPU and up to 32GB of RAM. The metal chassis has blue coloring and a redesigned keyboard. It is available with either a 17.3- or 15.6-inch Full HD display.

Casual gamers may be interested in Acer’s refreshed Nitro line, which includes the Nitro 7 and Nitro 5.

Both devices feature dual fans, dual exhaust ports, and the NitroSense hotkey for quickly assessing temperature and performance. Ethernet is on board, as is high-quality audio, and support for Personal Streaming PC.

The Nitro 7 lands in North America in March starting at $1000 and the Nitro 5 arrives in April starting at $800.

Time to get Aspired

Gamers may get the high-end gear, but that doesn’t mean Acer isn’t keeping its toe in the casual computing market. The new Aspire Aspire 7, Aspire 5, and Aspire 3 are meant for everyday mobile computing.

The Aspire 7 leads the series with a metal outer cover and a 15.6-inch screen. It is powered by an 8th-gen Intel Core i7 processor with Nvidia GeForce GTX graphics and up to 16GB RAM.

The Aspire 5 has the same screen and top-level processor but is available with a range of less-expensive processor tiers and optional fingerprint reader. 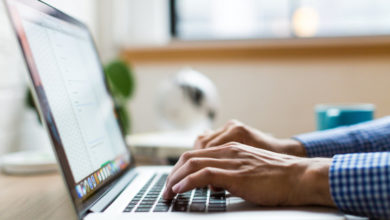