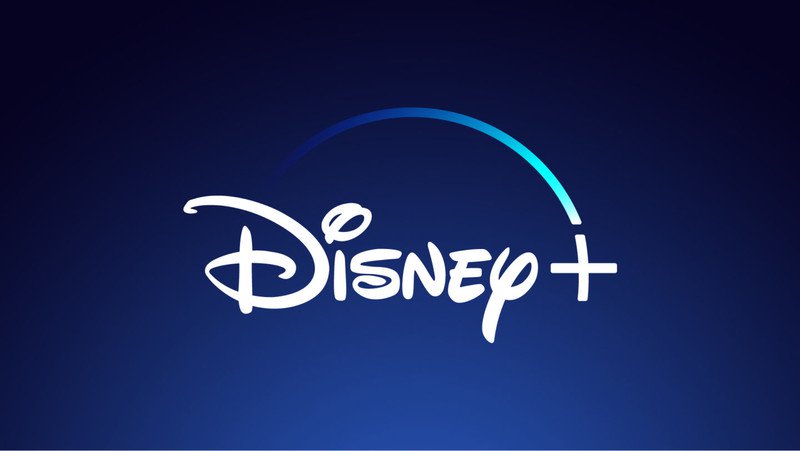 Get ready for original Star Wars and Marvel shows, along with everything else you know and loved that’s owned by the entertainment giant.

After years of development, Disney will finally launch its much-anticipated streaming service, known as Disney+, on November 12. The service will be the go-to place to watch movies like Avengers: Endgame and Star Wars: Episode IX.

In the past, Disney content could be found on third-party streaming services, and there was even an exclusive distribution deal struck with Netflix once upon a time. However, with that deal set to expire this year, the launch of Disney+ will finally happen—and it’s expected to pose a major threat to other existing and upcoming streaming services.

More importantly, Disney+ will not only be the only place to stream movies like Frozen and Finding Dory, but the place to find exclusive content from all of its major properties, including Star Wars, Marvel, and Pixar.

Here’s everything you need to know about Disney+.

Disney finally gave us some real insight into its upcoming Disney+ streaming platform, including the official launch date and pricing. Fans will be able to subscribe to the service when it launches on November 12 for $7 per month; an annual subscription of $70 will be offered.

During the presentation, Disney said the streaming platform will also “likely” come bundled with Disney’s other streaming services, Hulu and ESPN+, and that the streaming system is built to withstand 10 million concurrent viewers. It’ll also offer unlimited downloads for offline use to subscribers.

The new announcements are on top of The Mandalorian, Star Wars: The Clone Wars, a Cassian Andor Rogue One series, and a few other series we already knew about.

The two primary MCU spin-off series, Falcon & Winter Soldier and WandaVision, are the most intriguing. The former will focus on the titular characters, Falcon and Winter Soldier, and the latter will focus on the story between Scarlett Witch and Vision. We have to admit, the title is not the best, but the series has potential. It shows Marvel playing a much bigger role than we anticipated in the Disney+ content.

Besides Marvel and Star Wars stuff, one of Disney’s most beloved movies will be adapted into a TV show for Disney+, according to Variety.

The Sandlot TV show will take place in 1984 and feature the kids of the original characters. The 1993 movie, which featured an epic summer of kids playing baseball, took place in 1962,

Many of the original movie’s cast are expected to return, Variety said, as will the original co-writer and director. Hopefully, that means the tone will be kept in tact once the show becomes available.

It’s unclear how the TV show will differ from the original movie. No doubt, it will deal with the legend of The Beast and that faithful summer when the kid got into the biggest pickle ever.

Disney is said to be developing a TV series about Hawkeye for Disney+—with a twist. The show will apparently feature Jeremy Renner in the title role, but he will later hand off the Hawkeye mantle to Kate Bishop, who has played Hawkeye in the comics.

The show will be part of the MCU, so there’s always potential for Kate Bishop’s version to appear in a future Marvel movie. For now, Renner’s Hawkeye is gearing up to take on the Ronin persona in Avengers: Endgame, after he sat out Avengers: Infinity War.

The Hawkeye series for Disney+ is reportedly in the early stages of development, which means we likely won’t see the show debut until 2020 at the earliest.

March 12, 2019 – Marvel developing What If? animated TV series for Disney+

Marvel Studios is reportedly developing a new animated TV series for Disney+ based on the What If? comic book series, according to Slash Film. Kevin Feige, who has overseen the Marvel Cinematic Universe, will allegedly act as the upcoming show’s executive producer, though the stories won’t be part of the MCU.

The world of What If? explores important moments in the history of Marvel comics and imagines what would happen if things were different. For example, Slash Film claims one idea Marvel may explore is, “What if Loki had found the hammer of Thor?”

The idea is that they could potentially have some of the main actors from the live-action Marvel Cinematic Universe movies reprise their roles in the animated series, which would imagine alternate possibilities from another dimension. The time commitment for voice acting is a whole lot less than for live-action productions, which could accommodate some of the biggest Marvel talent. The series would function as an anthology, just like the comic book series, with each episode tackling a different premise.

No official announcement has been made, but Slash Film claims we could hear official details as early as April.

All the big details

Disney+ will feature content from all of its big properties, like Walt Disney Pictures, Walt Disney Animation Studios, Pixar, Marvel Studios, and Lucasfilm. At launch, the service is rumored to offer nearly 7,500 TV episodes and 500 movies. Crucially, Disney+ will feature content from Disney’s famed vault, which includes movies such as Dumbo, Snow White, The Lion King, and more.

One such movie Disney already has confirmed will stream exclusively on Disney+ is Captain Marvel. Disney’s previous deal with Netflix saw some of Disney’s biggest movies, including Avengers: Infinity War and Star Wars: The Last Jedi, come to the service after ending their theatrical runs.

Unfortunately, some content you’d expect to be available on Disney+ will be missing at launch. For example, the first six Star Wars movies — the original Skywalker trilogy and the prequel trilogy — will launch within the first year.

One of the biggest selling points of Disney+ will be its library of original content. The first big series, known as The Mandalorian, will take place in the Star Wars universe and tell the story of a lone bounty hunter beyond the reach of the Empire. The series features an ensemble cast, including Pedro Pascal, Gina Carano, and Nick Nolte.

A second Star Wars series starring Diego Luna also is being developed. The show is said to be a prequel to Rogue One and will further explore Luna’s Cassian Andor, a Rebel Alliance Captain who helped Jyn Erso steal the Death Star plans.

Although it hasn’t been confirmed, Disney is also rumored to be cooking up an Obi-Wan Kenobi series, though it’s unclear if it’ll star Ewan McGregor, who played the Jedi in the prequel movies. We may also see shows starring Lando Calrissian, Qi’ra, Finn, and Poe Dameron.

All of these shows are expected to star the actors who portrayed these characters in the MCU and keep up with the standard we’ve come to expect from Marvel. Few details have been revealed, but Marvel head Kevin Feige has confirmed they’ll take place in the same universe as Avengers: Endgame.

Beyond Marvel, Pixar fans can look forward to a Monster’s Inc. series, which will expand on the previous movies. The service will also shine the spotlight on some of Disney’s most iconic villains such as Ursula, the witch from Snow White, and others.

We’ve added an update to this section following Disney’s investor presentation on April 11, 2019.

According to Disney, all Star Wars live-action films will be available on Disney+ within the first year.

The greatest news in the galaxy: All @StarWars films will roll out within the first year of #DisneyPlus.

Disney+ won’t launch with the first six Star Wars movies, so you won’t be able to catch up on the Skywalker saga. Those movies are currently tied up in a deal with Turner Broadcasting through 2024.

Disney’s service also won’t include the numerous live-action Marvel shows on Netflix and other direct-to-consumer streaming platforms, which means Daredevil, Luke Cage, The Punisher, Iron Fist, and Jessica Jones will all remain on Netflix. That doesn’t mean, however, these shows might not get the reboot treatment on Disney’s service.

Additionally, Disney has made it very clear that its upcoming service will be family-friendly, so there won’t be any R-rated content. With Disney expected to acquire Fox’s entertainment arm, that means subscribers won’t see Deadpool on Disney+. Expect that stuff to be available on Hulu, a service that Disney owns a majority stake.

When does Disney+ launch?

Disney still hasn’t shared an exact launch date for Disney+, instead providing a “late 2019” timeframe, so there are still several months to go before Disney feels comfortable enough to publicly launching the service.

The company previously confirmed that it will give investors an early look at the service in April. Hopefully, Disney will also share more details with the public, like an exact launch date and a sneak peak at the service’s exclusive content.

Notably, Disney will price Disney+ competitively—at least at launch. Disney has previously stated that its service will be around $7 per month, whereas Netflix can cost up to $16 per month for its premium plan.

The goal is for Disney+ to gain a loyal subscriber base as Disney ramps up production on original content. As more content is added, however, there’s the possibility of the price going up—something we’ve seen from Netflix over the past few years.