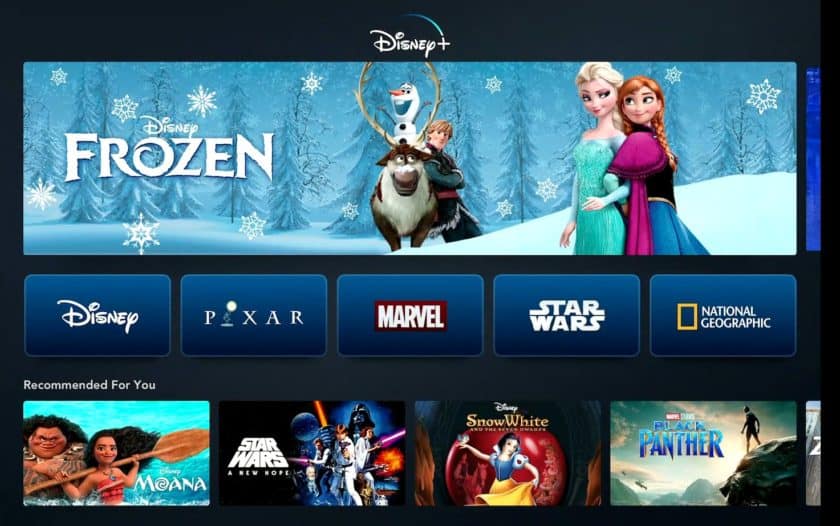 Netflix ushered in the streaming video era several years ago, and since then it seems like nearly everyone has obtained a subscription to the service. And why not? It’s been a nice deal for a long time. Who wouldn’t want access to thousands of movies and TV shows for one low monthly price?

However, between the beginnings of Netflix and 2019, the company has been raising its prices more and more. That includes this year, where the most common plan got a price hike from $10.99 to $12.99 a month.

And what are we getting for that price? Quite frankly, the level of quality for its original content has gone down for me over the past couple of years. Yes, there are still some good shows on Netflix (the third season of Stranger Things is looking good, and I will watch it when it debuts in July) but I’m not sure if it’s worth paying even the basic $8.99 a month fee for one account and SD video resolution anymore.

Now, we have a new Netflix competitor in the upcoming Disney Plus streaming service — and it’s making me rethink my Netflix subscription even more than before.

When Disney first announced plans to launch its own streaming service a couple of years ago, I was skeptical, as I didn’t know if there would be enough content to really make people sign up for the service. However, Disney then announced just a few months later it was going to purchase the movie and TV divisions of 21st Century Fox.

That made me sit up and take notice. That deal, which finally closed just a few weeks ago, meant that Disney would not only have all of the content from its own studios to use for the service but all the decades of content from Fox as well.

This past Thursday, at Disney’s annual investor day, the company finally revealed the essential details of its service, Disney Plus. After watching that presentation, I plan to ditch Netflix when Disney Plus launches and start using this rival service as my replacement for streaming premium video entertainment. Why? Here are my reasons.

Read more: Everything you need to know about Disney Plus

Disney Plus’s price tag is a better deal than Netflix

Let’s get the obvious reason to sign up for Disney Plus instead of Netflix established right away: when Disney Plus launches on November 12, 2019, it will have a monthly subscription price of just $6.99 a month. That’s $2 a month less than even the basic Netflix subscription. Not only that, but there will be an option to pay annually for Disney Plus for $69.99, saving you even more money (it baffles me that Netflix doesn’t offer an annual subscription option as well).

Considering that Disney Plus will also support 4K streaming and downloads of its content to smartphones and tablets for offline viewing at that same price, that makes this service an even better value than Netflix.

It should be noted that we still don’t know how many concurrent streams will be supported under one account for this price. Either way though, the price is right.

Disney also hinted that they may offer a bundle pricing deal with its sports-themed ESPN Plus and its more adult Hulu streaming services (Disney now owns a controlling 60 percent of Hulu thanks to acquiring Fox’s share in the recent merger). I’m not much of a sports fan, but I love Hulu, and if I could get all three services under one price for an amount that would be less than getting each service separately, I would definitely consider that deal as well.

Read more: Everything you need to know about ESPN Plus

Now, could Disney raise the price of Disney Plus after the first year? Yep, it could, and I predict that the company will do exactly that when November 2020 comes around. Hopefully, its classic and original content will be so good, that a modest price increase will not deter new or current subscribers.

Disney already has a huge back catalog of classic and current movies and TV shows it could use to support Disney Plus, and it showed on Thursday that it will be utilizing this massive content library to fill up this new streaming service. Would you or your kids love to watch nearly all of the great Disney animated films, starting with Snow White and the Seven Dwarves all the way to current classics like Frozen? That will be possible in the first year of Disney Plus.

The first year of the service will also be the home to great Disney live-action movies like the Tron films, The Swiss Family Robinson, and more. All of the Pixar animated movies and all of the studio’s award-winning shorts will also be available on Disney Plus.

What’s more, many of the Marvel feature films will be on Disney Plus in its first year, and all of the new and upcoming feature films from Marvel, Pixar, and Disney will debut on the service after they complete their theatrical and Blu-Ray/DVD/digital sell-through time periods, starting with Captain Marvel.

Star Wars fans will be able to binge watch all of the feature films in the massively popular movie series in the first year of Disney Plus. This is a huge deal for the service as Disney sold the TV rights to those movies to WarnerMedia’s Turner cable TV channels (TBS, TNT, TCM) a few years ago, and that contract was supposed to for several more years. It looks like Disney bought out the rest of that contract to bring in the lucrative franchise, and that will likely pay off in the long run.

Disney will also have all of the classic shows and movies from its various Disney Channel cable TV shows on Disney Plus if you need a Hannah Montana fix. Disney’s purchase of Fox’s TV shows and movies also means that it will show the family-friendly classic content from that studio as well, from The Sound of Music to Avatar. That will also include all of the seasons of The Simpsons (sorry, we will not be seeing Deadpool, Alien, or Predator movies on Disney Plus, although they are likely to show up on Hulu).

Finally, as if that’s all not enough, the Fox purchase means that over 250 hours of National Geographic shows and movies will be shown on Disney Plus.

Netflix has bragged about how it is spending billions of dollars to create new and original content for its service. However, spending money is one thing; getting good content for that money is another.

The company reportedly spent $40 million just to get the first rights to stream The Cloverfield Paradox from Paramount, and that movie got seriously panned by critics. More and more of its ambitious and expensive original TV shows have been canceled after just one season. It sometimes seems like Netflix is just throwing out shows and movies to see if something sticks.

There are lots of funny movies on Netflix, from rom-coms to dark satires, to even superhero comedies. However, it can be very hard to find the funniest movies on the premiere streaming video service using just …

By contrast, Disney Plus has a slate of original shows and movies that already has me wanting to see their new content right now. The shows I am most interested to check out are the new Marvel TV shows that will be supervised by Marvel Studios head Kevin Feige. They will feature actors and characters from the highly successful Marvel film series in new stories that perhaps could not be told in a two-hour feature film.

Marvel has confirmed three live-action shows so far for Disney Plus; The Falcon and The Winter Soldier, Loki, and WandaVision (a rumored Hawkeye series has yet to be confirmed by Disney). It will also produce an animated series, Marvel’s What If…?, that will explore alternate timelines if events in the Marvel Cinematic Universe had happened differently.

I’m also excited to see the upcoming new Star Wars shows that will make their debut on Disney Plus. They will include The Mandalorian (which will be available on the first day of Disney Plus), the untitled Cassian Andor show (with K-2SO as well) and the continuation of the great Star Wars: The Clone Wars animated series.

Disney Plus will also be the home for many more original shows and movies from all of its brands, and it will be making a big commitment to non-scripted original series as well. Again, all of that will come with a $6.99 price tag per month.

Disney Plus – Will it live up to the hype?

Disney will spend a ton of money to launch Disney Plus. It will need to budget for original content and it will also need to buy back TV rights for shows and movies that it owns but are licensed out to other  TV networks for the moment. In addition, it will likely spend a lot to promote Disney Plus for its November 12 launch and beyond.

All of this money will be worth it if Disney can convince us that not only does it have a great library of classic content that can only be streamed on Disney Plus, but that its original content will keep us subscribed to the service. As always, it’s quality, not quantity, that makes the difference.

Netflix and other rivals like Amazon and Apple may have more content and may spend more money, but if Disney can make its shows stand out from the already crowded streaming video market, it will be successful and may cause other services, including Netflix, to see a dip in their subscriber counts.

NEXT: What’s new on Netflix?

This pos was originally published on our sister site, DGIT.com. 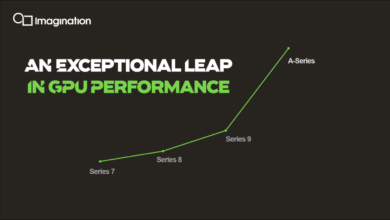 Convert your wired earphones into wireless for under $20