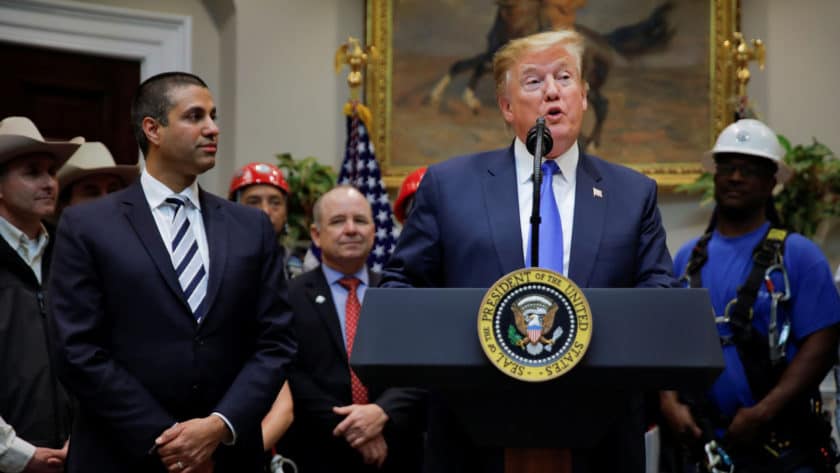 During a White House press conference today, President Donald Trump — with FCC chairman Ajit Pai at his side — laid out the aggressive plans his administration has for the rollout of 5G networks across the country (via CNBC).

The overarching theme of the plan is that the government will not nationalize the country’s 5G networks. According to Reuters, the White House mulled over the idea of using government funding to pay for 5G technology and then take at least partial ownership of network infrastructure. This would allow the government to have more control over how wireless network providers run their 5G services.

However, Trump’s team decided against this strategy in the end.

Imagine four runners standing at the starting line of a race. The gun goes off and the runners launch forward. Before any of them has taken three steps one of them shouts, “First!” as all …

As part of those private-sector ambitions, Ajit Pai and the FCC declared today that it will hold the largest-ever spectrum auction in history this December. The auction will allow carriers to bid on 3,400MHz of new spectrum in the upper 37GHz, 39GHz, and 47GHz spectrum bands. This additional spectrum would “promote the development of 5G, the Internet of Things (IoT), and other advanced spectrum-based services,” the FCC said in its statement.

However, other than making rules less strict and committing to a large spectrum auction, it doesn’t seem that the 5G network rollouts plans will be much different than previous rollouts we’ve seen for 3G and 4G LTE technologies. Since private companies will be in charge of the networks — such as AT&T, Verizon, T-Mobile, and Sprint — there will be little incentive to change up deployment plans in ways that don’t maximize profits.

We will have to take a “wait and see” approach to find out if the rollout of 5G will differ from the rollouts of 3G and 4G.