We’re a collective of tech enthusiasts from across the globe. As obsessive techies, we live and breathe all-things tech, including games consoles. We spend thousands of hours per year gaming on all systems, and we love both the Xbox One and Nintendo Switch. 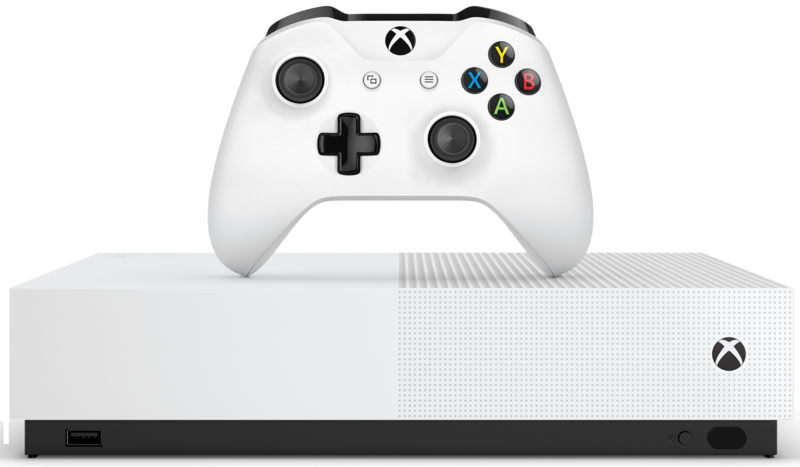 The Xbox One S All-Digital is an excellent console with a ton of incredible games owing to a mature library that’s been developing since 2013. Most of the third-party games available on the Nintendo Switch are also available on the Xbox One S All-Digital, and are often cheaper than their Nintendo counterparts. It lacks the “wow” factor of the Switch, however, with zero portability, and none of the hot Nintendo franchises like Zelda, Pokémon, and Mario. 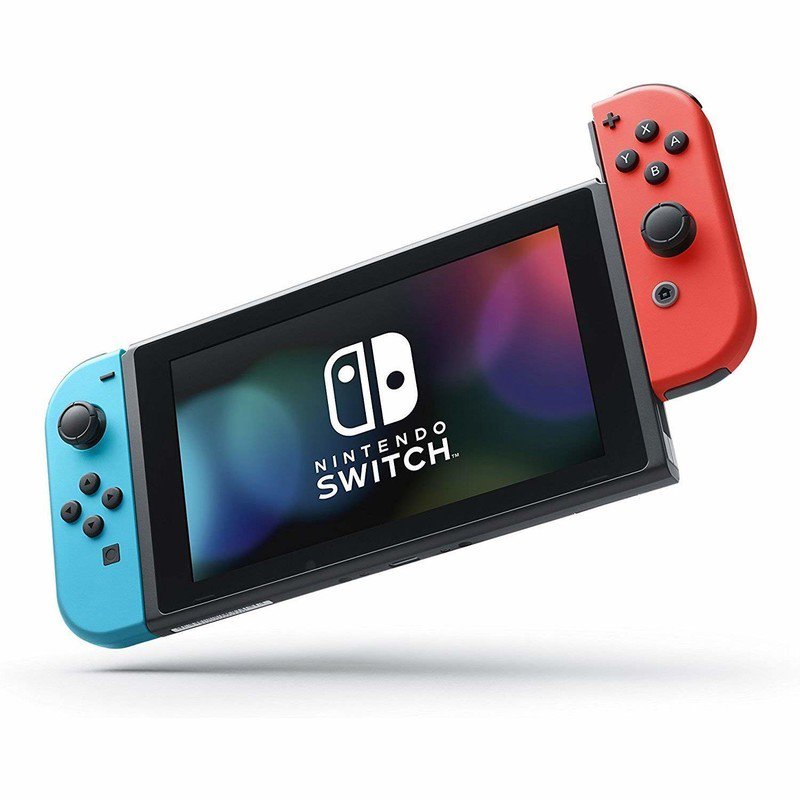 The Nintendo Switch is the best-selling console right now for a reason. Its portable, versatile design lends itself well to gaming on the go. Whether you want to pop off the controllers and gain instant co-op play, extend the kickstand and play on a plane, connect HDMI and push your games up to the big screen, the Switch does it all. It is, however, a little pricier than the Xbox One S in various ways.

The purchase decision between the new Xbox One S and Nintendo Switch ultimately boils down to two things: cost, and portability. The Xbox One S offers a more mature ecosystem, with many of the best third-party games available for Nintendo Switch, like DOOM, Elder Scrolls V: Skyrim, and Minecraft often retailing for less, since they’ve been available for longer.

If cost-saving is your goal, the S is probably a better buy. However, the Nintendo Switch boasts some of the most exciting current and upcoming exclusive games, fresh from Nintendo’s legendary portfolio of classic franchises. Microsoft simply hasn’t shown itself to nurture its game franchises as well as Nintendo does. Also, the portability factor and versatility of the Switch may mean you end up getting way more bang for the buck, since you’ll be able to play anywhere, and not just in front of your TV.

On raw power, the Xbox One S has the Nintendo Switch firmly beaten, owing to its larger size, which allows for beefier components. As such, the Nintendo Switch struggles to hit a baseline of 1080p HD resolution in many games, and additional visual compromises have to be made with various 3D titles like DOOM and Wolfenstein II in order to run on the portable device. Therein lies the tradeoff: the Nintendo Switch is portable allowing you to take your games with you anywhere with fairly-decent battery life to boot (made even more decent with a USB-C external battery).

The S on the other hand is bound to your television set, but it comes with more powerful media capabilities as a result. Netflix, Amazon Prime Video, Crunchyroll, YouTube, Hulu, Microsoft’s own Movies & TV service, and many more all provide up to 4K UHD content for media enthusiasts, while the Nintendo Switch has yet to gain any media apps beyond YouTube.

The Xbox One ecosystem has been around since 2013 too and even incorporates the Xbox 360 library and some select games from the original Xbox library, giving it a far bigger content spread than the Nintendo Switch in 2019. The fact that some of the games are older also means they pop up in sales more regularly, and can be purchased at a discount. Additionally, the Xbox One platform has a subscription service dubbed Xbox Game Pass, that gives you access to hundreds of titles for $10 per month, many of which are available on the Nintendo Switch to buy as premium one-off purchases.

On the flip side, you’ll never truly own any of the games you purchase digitally through either Nintendo or Microsoft since they have the right to close your account and deny you access to your digital content at a moment’s notice. Sure, you’d have to fall afoul of some serious terms of service violations for that to happen, but we’ve also seen instances where games have vanished from digital stores due to licensing issues. The Nintendo Switch comes with the option of purchasing physical cartridges for game collections, and sure, they’re often more expensive, but that also means you can trade them in when you’re done. The Xbox One S All-Digital console has no disc drive, meaning you’re bound to digital licenses.

Nintendo is a legendary company, being one of the oldest players in the business. Its exclusive franchises, including Zelda, Smash Bros, Pokémon, Mario, and many others are already being well-served on the comparatively new console. Many of them are more fun and more accessible than those exclusives offered by Microsoft, who frankly still hasn’t proven it can create a solid foundation out of its in-house portfolio.

Save for a few high-quality exclusives like Forza Horizon 4’s racing extravaganza and Ori and the Blind Forest’s emotional platforming tale, most Xbox exclusives have been received poorly. While Microsoft is investing heavily in improving its first-party games, and titles like Gears 5 and Halo: Infinite look promising, the trend towards disappointment doesn’t look like it’ll change any time soon.

Nintendo, on the other hand, already has a range of great titles worth playing right out of the gate, including New Super Mario Bros. U, Legend of Zelda: Breath of the Wild, Super Smash Bros Ultimate, Pokémon Let’s Go, with more on the immediate horizon like Fire Emblem: Three Houses and Pokémon Sword/Shield. Where the Xbox One S All-Digital has the Switch beat is in the third-party content, owing to its more powerful hardware and older age.

Halo and Mario are two of Xbox and Nintendo’s biggest franchises respectively.

The All-Digital Edition also comes bundled with Sea of Thieves, Minecraft, and Forza Horizon 3, increasing its value (if you actually want those games, that is), along with all the latest and greatest games from the industry’s biggest publishers. Microsoft has also made its mark supporting backwards compatibility, meaning that future Xbox consoles will be compatible with all the games you purchase today. Nintendo hasn’t always been great at supporting backwards and forwards compatibility. For example, Nintendo only allows you to play NES games via a subscription service, even if you purchased NES games on the “Virtual Console” on Nintendo’s older systems, forcing you to buy them multiple times if you want to play. There’s no real guarantee future Nintendo consoles will be compatible with content you buy today, but with backwards compatibility popularity on the rise, Nintendo will hopefully join the party.

Given the rising popularity of the Switch, however, more publishers are looking into ways to shrink their games down to the pint-sized console. Popular games like Fortnite, Rocket League, and Minecraft have made the leap to the Switch, with many more developers looking to support the console.

So, which should you buy?

It ultimately depends on your needs. If you’re buying based on exclusive games, Nintendo skews towards pure fun, accessible titles brimming with depth and longevity that appeal to gamers of all ages, whereas Microsoft trends towards more mature titles, notably racing simulators and shooters.

For better visuals, streaming media, and a bigger game library for your TV set, the Xbox One S All-Digital is arguably the more cost-effective purchase, with a cheaper buy-in price, and many, many more HD games. The Nintendo Switch wins on pure fun factor though, with titles like Super Smash Bros., Super Mario Bros. U, and Mario Kart geared towards local co-operative play, and a portable configuration for gaming with friends and family literally anywhere.

While the Xbox platform lacks portability and Nintendo’s vibrant line of exclusive franchises, it makes up for it with a huge back catalog of some of the biggest games out there.

While you won’t be playing the latest Call of Duty or Assassin’s Creed on the Nintendo Switch any time soon, the versatility that comes with portability and its exclusive games makes the Switch more than worth it.

This is what a restored Macintosh Portable M5120 prototype looks like

Can you add more storage space to the Kodak Printomatic? 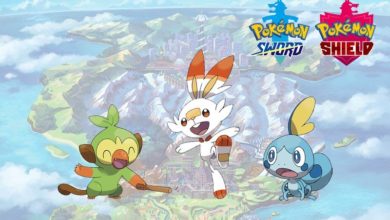 Pokémon Sword and Shield’s starters show off personality when chosen