Apple is working to combine its tracking apps, “Find My iPhone” and “Find My Friends” into one unified app available on both iOS and Mac, according to a new report from the Apple news site 9to5Mac. In addition, the report says, Apple is developing a hardware product that can be attached to other items that Apple customers want to track — similar to what the Bluetooth tracker Tile offers today.

The idea is the new, unified app would then serve as a way to track anything — Apple devices, other important items like a handbag or backpack, as well as the location of family members and trusted friends. And all of this information would be securely synced to iCloud.

Meanwhile, the new hardware — codenamed “B389,” the report says — would represent a threat to Tile and other Bluetooth trackers on the market, as Apple would be able to capitalize on its massive install base of iPhones and other Apple devices to develop its own crowdsourced tracking-and-finding network.

The new hardware tag will be paired to a user’s iCloud account and users will be able to receive notifications when a device, like their iPhone, gets too far away from the tag. Users will also be able to configure locations to be ignored, and can opt to share a tag’s location with friends or family.

And like Tile, when the item with the tag attached goes missing, users could then put the tag into a “Lost” mode that would alert the owner when it’s found. The “finding” takes place by way of a crowdsourced network that includes every other Apple device owner who’s opted in to use this same tracking service, it would seem.

A large crowdsourced network is today one of Tile’s key advantages.

To date, the company has sold 15 million Tiles, which now connect to 4 million items daily with a 90 percent success rate, thanks to its own community-find feature. A competitive product from Apple could eat away at Tile’s business, while also serving as a new source of device revenue for Apple — and perhaps subscription revenues, too, for access to the crowd-finding network.

The reported merger of Apple’s two tracking applications comes at a time when Apple is rethinking how it wants to position its apps. Another recent report from 9to5Mac had confirmed Apple’s plans to break up iTunes, and instead bring new Music, Podcasts, and TV apps to Mac users. Apple will revamp its Books app, as part of these changes, too, the report said.

It’s worth noting that there’s a big leak at Apple right now, and 9to5Mac is benefitting.

In addition to the news about the unified apps, Tile-like tracker, and the breakup of iTunes, the site also leaked a big preview of iOS 13, which is said to include a system-wide dark mode, new gestures, visual changes, and more. And just yesterday, the site reported that Apple is working on a feature that will allow users to pair a Mac with an iPad, to use as a secondary display — something offered today by companies like Luna Display or Duet Display.

As for the new, unified “Find My…” app and hardware tag, no timeline to a public release is yet known. 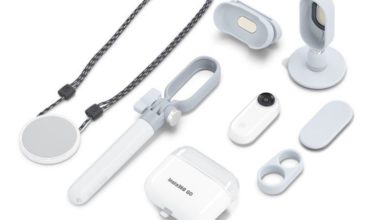 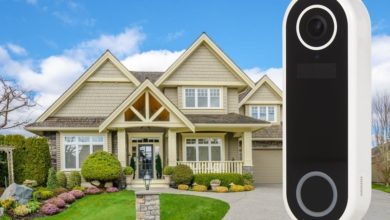