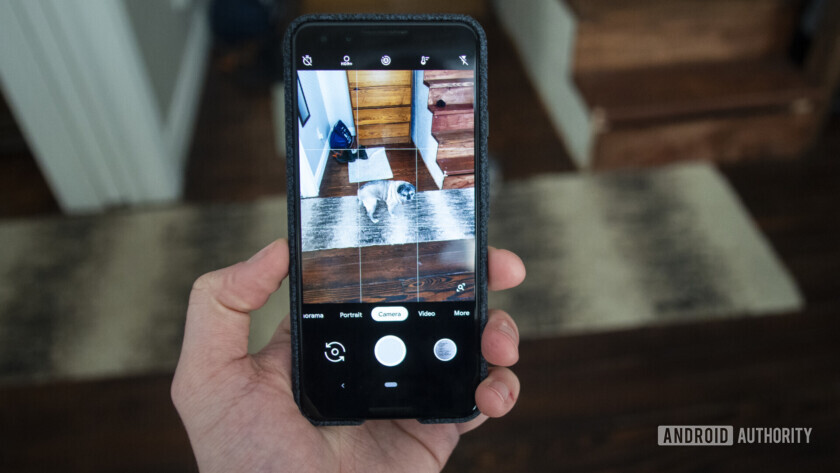 Google is rolling out a new kiss-detection feature to its Google Camera app for the Pixel 3 and Pixel 3 XL. Google announced the feature rollout in a post on its AI blog yesterday and it’s arriving with version 6.2 of the app.

OK Google, how can I save almost $350 on an unlocked Pixel 3? Well, if you’re not too late to this deal, it could be your lucky day. The Google Pixel 3 is a top-of-the-line smartphone, …

Kiss-detection joins Google’s Photobooth mode (found in the ‘More’ tab), which uses AI to help you take the best selfies possible. With the latest update, once you tap the shutter button the camera app will automatically snap a picture when someone in the frame kisses another person. It should make it easier to take this kind of photo while operating a phone with one hand.

The feature joins several other Photobooth components related to automatic snaps; Photobooth already waits for the camera to steady before taking a photo, and takes shots whenever those in the frame smile (like in the GIF below).

The Google Camera app is available for Google Pixel devices, but certain functions such as Photobooth and the low-light focused Night Sight are exclusive to the Pixel 3. That said, the Google Camera has been unofficially ported to numerous other Android phones with various features included — most recently to Samsung’s new Galaxy S10 series. Find out more about how it performs on the Galaxy S10 Plus here.

You can hit the button below to download the Google Camera direct from the Play Store. Version 6.2 should be landing there over the next few days.

If you want to learn more about the Pixel 3 camera, check out our full Google Pixel 3 review.