It might be time to move on from BBM. The consumer version of the BlackBerry Messenger will shut down on May 31. Emtek, the Indonesia-based company that partnered with BlackBerry in 2016, just announced the closure. It’s important to note, BBM will still exist and BlackBerry today revealed a plan to open its enterprise-version of BBM to general consumers.

Starting today, BBM Enterprise will be available through the Google Play Store and eventually from the Apple App Store. The service will be free for one year and after that, $2.49 for six months of service. This version of the software, like the consumer version, still features group chats, voice and video calls and the ability to edit and retract messages.

BBMe can be downloaded on any device that uses Android, iOS, Windows or MAC operating systems. The sender and recipient each have unique public/private encryption and signing keys. These keys are generated on the device by a FIPS 140-2 certified cryptographic library and are not controlled by BlackBerry. Each message uses a new symmetric key for message encryption. Additionally, TLS encryption between the device and BlackBerry’s infrastructure protects BBMe messages from eavesdropping or manipulation.

BBM is one of the oldest smartphone messaging services. Research in Motion, BlackBerry’s original name, released the messenger in 2005. It quickly became a selling point for BlackBerry devices. BBM wasn’t perfect and occasionally crashed, but it was a robust, feature-filled messaging app when most of the world was still using SMS. Eventually, with the downfall of RIM and eventually BlackBerry, BBM fell behind iMessage, WhatsApp and other independent messaging platforms. Emtek’s partnership with BlackBerry was supposed to bring the service into the current age, but some say the consumer version ended up bloated with games, channels and ads. BlackBerry’s BBMe lacks a lot of those extra features, so consumers might find it a better platform for communicating. 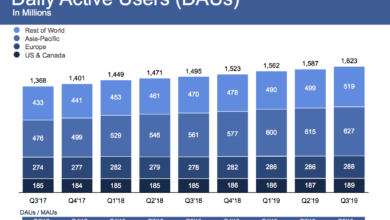