Apologies for skipping day three. This kept me extremely busy yesterday. Though the Galaxy Fold remained a constant companion.

Before you ask (or after you ask on Twitter without having read beyond the headline), no it’s hasn’t broken yet. It’s actually been fairly robust, all things considered. But here’s the official line from Samsung on that,

I’ll repeat what I said the other day: breakages and lemons have been known to happen with preproduction units. I’ve had it happen with device in a number of occasions in my many years of doing this. That said, between the amount of time it took Samsung to let us reviewers actually engage with the device and the percentage of problems we’ve seen from the limited sample size, the results so far are a bit of a cause for a concern.

The issue with the second bit  is that protective layer looks A LOT like the temporary covers the company’s phones ship with, which is an issue. I get why some folks attempted to peel it off. That’s a problem.

At this point into my life with the phone, I’m still impressed by the feat of engineering went into this technology, but in a lot of ways, it does still feel like a very first generation product. It’s big, it’s expensive and software needs tweaks to create a seamless (so to speak) experience between screens.

That said, there’s enough legacy good stuff that Samsung has built into the phone to make it otherwise a solid experience. If you do end up biting the bullet and buying a Fold, you’ve find many aspects of it to be a solid workhorse and good device, in spite of some of the idiosyncrasies here (assuming, you know, the screen works fine).

It’s a very interesting and very impressive device, and it does feel like a sign post of the future. But it’s also a sometimes awkward reminder that we’re not quite living in the future just yet. 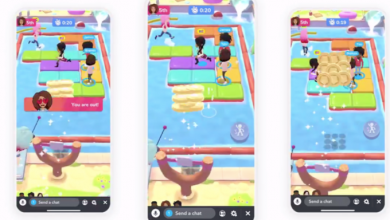