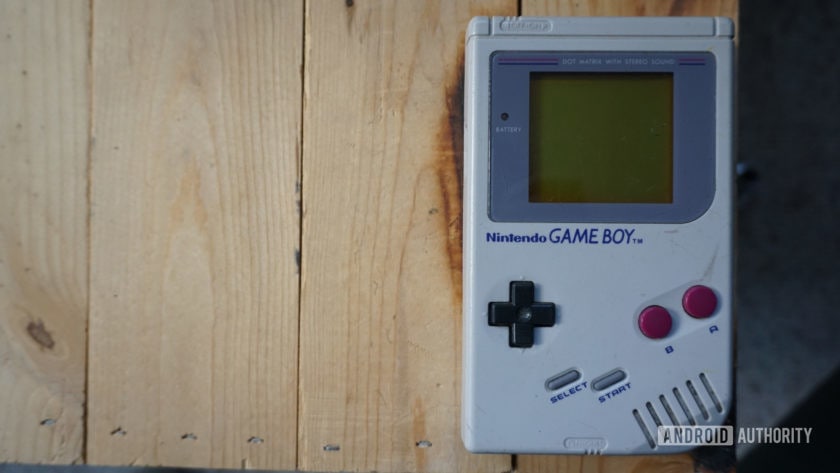 My life has had its ups and downs, particularly when I was a kid. Because my folks couldn’t afford much when they immigrated here, we lived in very sketchy and unsafe parts of New York City. We received government benefits that helped take some pressure off my dad, who paid for food on our table by bagging groceries at supermarkets. We had no relatives to fall back on for help.

Things were rough at first, but they improved once my folks found their footing. As a result, they weren’t ashamed to spoil me and my brother. My parents tried their hardest to get us things that we wanted. They didn’t see that as spoiling, however — my parents came from almost nothing and wanted to provide better and more comfortable lives for me and my brother.

Game Boy and Game Boy Color were the handheld consoles that started it all. Their release showed that you could have well made games that fit in your pocket. Handheld game consoles have evolved a …

From all that spoiling eventually came my love of video games, starting with the Game Boy Color. From the bathroom in my elementary school to the mall, I took that thing everywhere I went. I didn’t want to miss my chance of catching Suicune in Pokémon Crystal, of completing The Legend of Zelda: Oracle of Ages, of getting as many bananas as I could in Donkey Kong Country.

Little did I know that video games became the reason why I am now sitting at the living room table, writing this piece that you’re reading on this website. Strangely enough, I have the original Game Boy to thank for all of that.

More than a hobby

Video games were no longer just something I enjoyed playing. They helped me deal with my parents’ constant arguing and the bullying issues I had at school. They helped me connect with other kids that I still talk with to this day. They even helped me fend off some of my suicidal ideation later in my life.

Video games became a part of my identity, and I was all for it.

It wasn’t until I got to college that I decided to channel my passion for video games into something more productive. I was jealous of all of the folks who wrote news articles, reviews, and features on video games. I really liked that they wrote about video games and got paid for it, but was frustrated that I didn’t know how to do the same.

I figured that a good place as any to start was with my own blog, which I was unreasonably excited about. “Maybe if I wrote enough articles, I’d be able to eventually apply to work at IGN, GameSpot, 1UP.com, or GameSpy. I might even apply to EGM, my favorite video game magazine,” I actually thought to myself.

Video games became a part of my identity.

Turns out that things were nowhere near that simple and I needed to do more. I decided to write for very small websites, even though I didn’t get paid for my work. I was okay with that, though — writing for so many websites helped to hone my writing, improve my teamwork skills, and learn what it means to conduct yourself in a professional setting.

I even experienced personal growth while writing about video games. I was hungry to stand out from the dozens of other writers who also wrote for free, so I learned to be resourceful. I set up interviews with indie developers, I came up with ideas for features and capitalized on those ideas, I conducted research before delving into an article. The skills I learned helped me to go out in the world and fight — things would no longer just be handed to me as they were when I was younger.

The Nintendo Entertainment System, stylized as NES, is one of the most iconic game consoles of the 1990’s. It had a lot of popular games with a simple controller and plenty of family friendly content. …

All of the work that I accomplished for years eventually paid off in the oddest way possible. As I perused Craigslist for paid writing positions, I noticed that Digital Trends had an open writer position. Better yet, it was a full-time position with benefits. Imagine the shock and awe on my face when I saw this Craigslist ad at 10:30PM on a Wednesday night in late January.

I applied for the position and surprisingly got a response that night. I would get a trial run in the New York City office.

I cried when I got that response. I worked my ass off for years, writing about video games while not getting paid a cent. As much as I enjoyed that, it was 2014. I graduated from college less than a year earlier and felt the increasing pressure to get some sort of paid employment. An opportunity to get paid for what I love was something I only had dreams about when I started that journey four years earlier.

The writing I did at Digital Trends was definitely about video games, but they were also about smartphones, tablets, smartwatches, TVs, cars, and everything in between. I was scared, since I hadn’t ever written content about other than video games or even considered it.

And yet, I surprised myself by excelling at it. I applied the same skills I picked up over the years and, to my surprise, became a better writer for it. Who knew that writing about video games would bleed into writing about mobile technologies.

After three years, I wanted to capitalize on this new drive to write about mobile technologies. I applied for a position with Android Authority in 2017 and successfully landed not only a trial run, but a position with this site. I might not be writing about video games, but I’ve developed a new love of everything mobile and haven’t looked back.

It felt wrong not owning a Game Boy. After all, I owned every other portable Nintendo system save for the Game Boy Micro. Why not get closer to completing the collection by buying a Game Boy? It’s not like it’s that expensive anymore.

So, I did. I visited the local video game store — an increasingly rare activity these days that might cost GameStop its place in the world — and picked up an original Game Boy a week ago. I even picked up a second Game Boy, one that was modded with a front-lit display.

Holding the Game Boy for the first time, I didn’t fully understand the allure of it. Even though the Game Boy didn’t weigh like a brick, it sure felt like one in the hands. Compounding matters are the four batteries needed to power the thing. Let’s not forget the contrast wheel on the left that was used to make the image as clear as possible.

Then I played games on the Game Boy and my perception completely changed.

The buttons, which are almost 30 years old, still function perfectly. The Game Boy itself actually fit my large hands better than I thought, with the gaming experience surprisingly a comfortable one. It’s still a bit annoying to fiddle with the contrast wheel, but the front-lit display makes it possible to play the Game Boy in low-light scenarios.

Most importantly, I had a blast with the games I picked up. From Super Mario Land and NBA Jam to the original Tetris and The Legend of Zelda: Link’s Awakening, I spent hours playing some of the Game Boy’s best games and enjoyed every minute.

And then, for a split second, I felt myself transported to that elementary school lunchroom, then to my computer at home as I started my blog, then the Digital Trends office on my first day of work, and finally the couch I sat on as I finished this piece.

The Game Boy helped to shape my future.

The Game Boy also shaped me as a person. I learned to form and maintain bonds with others, to take risks and venture out into the world, to find ways to deal with certain issues I might be dealing with, and to just have fun.

And so, for the Game Boy’s 30th birthday, I thank the brick of a portable system that indirectly and directly shaped me into the person I am today. The Game Boy isn’t just an inanimate object — it helped shape my future, even if I never owned one before last week.

Xiaomi to hold an event March 18, might announce the Black Shark 2