It’s a great year to be a Nintendo fan as an impressive number of highly anticipated Switch-exclusive games are making their way onto the hybrid console. We’re here to cover the news, release dates, details, and overall hype of each of these games. Remember, we’ll be updating this list so be sure to check back for new information.

Nintendo hasn’t said much on this game, aside from what’s been shown in a teaser. It looks like players will stalk the halls of a haunted mansion once more with the help of another specter-sucking Poltergust vacuum. Expect silly antics and kid-friendly scares as you brave each room. If the game is like the others in the series, you’ll probably end up searching for the far-more-famous brother, Mario, as well as other friends from the Mushroom Kingdom.

Although this will be the second set of Pokémon RPG games to release on the Switch (after Let’s Go, Pikachu! And Let’s Go, Eevee!), this will be the first set of core Pokémon games ever released on a console. In Gen 8, make your way through the Galar region as you catch familiar and new Pokémon. Play as a boy or girl character and choose between grass-based Grookey, fire-based Scorbunny, or water-based Sobble as your starter Pokémon. Which one will you choose?

In addition to being able to play as Luigi, there are new obstacles and features that fans have been dying to use. Perhaps the biggest changes are the addition of slopes and choosing where the side-scrolling camera focuses during gameplay. One thing’s for sure, the new features will allow players to create even more diabolical levels for others to squirm through. It’ll be a blast.

The newest entry in the Fire Emblem series can best be described as turn-based RPG meets Harry Potter. Begin by choosing your character’s name and gender before accepting a professorial position at the magical Officers Academy. You’ll have the choice to align yourself with one of three houses: The Black Eagles, The Blue Lions, or The Golden Deer. Before long, tensions between each house’s royal heir will force you to lead your students in an epic battle. What side will you pick?

There couldn’t be a better time for Nintendo to release the next installment in the Marvel Ultimate Alliance series seeing as the roster draws heavily from the Marvel Cinematic Universe. Beat Thanos and his followers by playing as one of the Avengers, the X-Men, the Guardians of the Galaxy, the Defenders, or plenty of other superhero favorites. This game features an original story and allows online and couch co-op with up to four players.

This action-packed, mech-fighting game has a very different feel from many of the other games Nintendo has made for the Switch. Fully customize your character to look the way you want and upgrade your character’s power suit by collecting items and weapons from downed enemies. During combat, fly around cities and landscapes defeating powerful and colossal machines. The main campaign is single player, but the game will also have a multiplayer game for local and online play.

PlatinumGames’ Astral Chain has drawn the attention of a wide fan base since it’s directed by Takahisa Taura, of NieR:Automata and supervised by Hideki Kamiya, the creator of the Bayonetta series. Take part in this futuristic, anime-style, action RPG as a member of a special police force working alongside your “special living weapon,” a robotic creature that can turn into a K9. This is a single-player game, but you’ll take control of two characters in your effort to stop an invading alien force.

There hasn’t been a lot of information about this game other than what’s been shown in a couple teasers. Tom Nook and Isabella have made appearances and will undoubtedly help you as you work to become mayor over the anthropomorphic group of animals that inhabit your town. As with previous games, you’ll likely collect items, harvest food, earn Bells, and create the perfect community by helping the inhabitants of your town.

This is the unexpected but totally appreciated remake of 1993’s popular Game Boy game of the same name. It’s hard not to get excited when viewing the beautifully animated opening scene or the familiar retro-modern camera angle seen in A Link Between Worlds. Upon getting shipwrecked and washed onto the shores of Koholint Island, Link must delve into dungeons and solve puzzles to uncover the mystery of the island and its inhabitants. You’ll encounter strange creatures, crazy boss battles and Goombas. . . yes, Goombas.

Game Freak, best known for the Pokémon franchise, announced this game would release in 2019. You take control of a sword-wielding boy who lives in a pastoral village. For some reason, your home suddenly starts getting attacked by monsters. While little else has been made known about the game so far, Game Freak has stated that the entire adventure will take place within the town. It will also feature a turn-based RPG fighting system. All in all, it looks like an awesome game. Town is not yet available for pre-order.

This game packs New Super Mario Bros U and New Super Luigi U into one cartridge. You and up to three others can play as Mario, Luigi, Blue Toad, Yellow Toad, Toadette, or Nabbit on your quest to save the Mushroom Kingdom. The characters have different difficulty levels making it so you can play with the whole family, even little kids. Play competitively with friends or work together to bring down Bowser.

Take on Shy Guys, collect items, wear costumes and befriend Poochy Pups as you make your way through each adorable level. A new element to the Yoshi games is the ability to flip the stage, allowing you see behind the scenes and reach areas you might not have seen before. Have a friend join the game through local couch co-op. This game came out on March 29, 2019. Check it out now!

This self-identified action-adventure hack and slash video game released on January 18, 2019 and is Grasshopper Manufacture’s third game for the series. One of the key differences between this game and its predecessors is the change to a top-down camera angle. As Travis, players are sucked into a possessed video game console and must destroy bugs to find the way out. Play by yourself or have a friend join you for a violent co-op adventure.

During E3 2017, Nintendo announced that Metroid Prime 4 was slotted with a 2019 release. However, in January 2019 Nintendo announced that they were unhappy with the game’s development so they were starting over with help from Retro Studios. This means the game will take a few more years to complete. The good news is that Retro Studios has helped create some of the most successful Metroid games in the series, so you can expect great things. Metriod Prime 4 is not yet available for pre-order.

Fans of the sassy, high-heel-wearing witch first learned about Bayonetta 3’s production via a teaser trailer shown during the 2017 Game Awards. There hasn’t been much talk about the game since. Many fans were hoping for a 2019 release, but no official date has been announced. One thing’s for sure, the new game is bound to have more spunk and weapons shown off during the crazy battles against angels and demons. Bayonetta 3 is not yet available for pre-order.

With so many exciting games coming out on the Switch this year, it’s hard not to be excited. We’re especially interested in The Legend of Zelda: Links Awakening, Luigi’s Mansion 3, and Pokémon Sword and Shield.

We’ll keep our ears to the ground in search of any additional Switch information. As such, make sure to check back regularly for updates. With any luck, we’ll learn about more Nintendo Switch release dates at E3 2019. 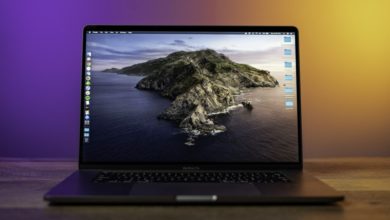 Cloudflare’s Warp is a new, free, VPN service for your smartphone 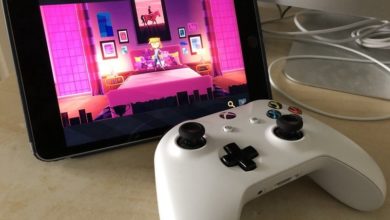