It hasn’t been officially confirmed yet, but here’s what we know about the smaller, cheaper console.

That’s right, additional versions of the popular Nintendo Switch console are in the making — including a smaller, cheaper unit. Nintendo has yet to officially confirm any details regarding new devices, but there is plenty of information out there to get excited about.

Though rumors abound that Nintendo plans to launch the Switch Mini in 2019, we learned via a Bloomberg article that President Shutaro Furukawa of Nintendo has stated there won’t be anything announced regarding future versions of the Switch at E3 this year.

As a general rule, we’re always working on new hardware and we will announce it when we are able to sell it. But we have no plans to announce that at this year’s E3 in June.

It’s possible Nintendo is just dodging questions to keep things secret until the Electronic Entertainment Expo, but if there really isn’t an announcement at E3 this year, new versions of the Nintendo Switch probably won’t release until 2020.

What is the Nintendo Switch Mini?

In 2018, The Wall Street Journal released an article regarding future Nintendo Switch versions. The article stated that Nintendo was working on two new Switch devices, one of which has since been dubbed by the internet as the “Nintendo Switch Mini.”

From what we can gather, it will likely be a more basic device than the original Switch, meant for the younger or casual gamer. It’s possible Nintendo intends for this new device to take the place of the handheld 3DS gaming system.

According to a Nikkei report covered by Newsweek, the Nintendo Switch Mini will be smaller so as to make it more portable. Historically, handheld systems have been Nintendo’s greatest sellers, so it’s not surprising that the company is making an even more portable version of the Switch.

To help reduce the overall price, the Nintendo Switch Mini won’t have a dock or detachable Joy-Cons. The Nikkei report further goes on to say that the mini will still be able to connect to a TV. It’s also more than likely that the device will connect to Wi-Fi, considering the 3DS and original Switch have done so.

We’re still waiting to hear about the Switch Mini’s internal specs, but we’ll update this section once we learn anything new.

The leaked image of the Nintendo Switch Mini

On April 17, a “leaked” image of a turquoise Nintendo Switch Mini case started popping up all over the internet. The post originated from a Chinese forum and has since been deleted. While we can’t say for sure whether this actually was a leak, we’re pretty confident in saying that it probably wasn’t legitimate. We’ll keep you posted if we learn anything more.

We initially expected a 2019 release date given that the Wall Street Journal indicated that Nintendo would give an announcement at E3 in June.

However, we learned via a Bloomberg article released on April 25 that Nintendo has no plans to announce the Switch Mini at E3, which likely means we won’t see this new version until 2020.

For now, we don’t have an official release date. We’ll update this post as soon as we know.

Pricing for the Nintendo Switch Mini

While it’s hard to say what the official price of the Switch Mini will be, we can assume it will be less than the $300 you pay for an original Switch console. In our educated guess, it will likely be between $200 to $250, brand new. As a comparison, a brand new Nintendo 3DS handheld system sells for $200.

Can it play the same Switch games and use the same accessories?

Obviously, it seems likely that the Mini could work with current Switch games and use various other devices, like the Pro Controller, but we don’t know if this will be the case just yet. We’ll update this section as soon as we discover more information.

As for the other Switch version mentioned in The Wall Street Journal, it will hopefully be a more powerful, more energy efficient device compared to the original Switch. We expect that this console will be marketed towards serious gamers who want a more intense experience. It’s also possible that this device could feature higher resolution than the original Switch. As with the Switch Mini, there is no official release for this device. We’ll provide updates as we learn more.

Improvements for future versions of the Nintendo Switch

While the Nintendo Switch has definitely been a successful console, there are still quite a few things we think Nintendo could improve upon. With any luck, we’ll get to see some of these improvements in future versions of the Nintendo Switch.

Longer battery life. It’s likely fans will never be happy with the battery life of an unplugged gaming system. Even though the Switch can last up to 3 hours after being at full charge, it’s still frustrating to have the low battery symbol turn on at an inconvenient moment. Like, when you’re on a plane or when the power goes out in your house. For now, the best way to combat a low battery is using a portable battery charger.

Better resolution. Compared to Sony and Microsoft’s newest consoles, which have the ability to support 4K HD resolution, the Switch’s resolution capability is behind the curve. Granted, when docked, the Switch can support up to 1080p. But, when undocked, it’s only 720p (which is lower than most modern smartphones). Nintendo’s cartoony style doesn’t really call for crisp resolution, but some more serious Switch games could benefit from greater details. With any luck, we’ll see higher resolution capabilities in Nintendo’s new Switch versions.

A better stand. The measly little stand on the back of the Switch doesn’t stabilize the console very well unless it’s placed on a flat, unmoving, and even surface – not something you always come across when playing on-the-go. Additionally, it can be darn near impossible to dig the stand out of the backside of the Switch. Obviously, you don’t want a stand that comes loose and flaps about easily, but there’s got to be a better design option out there. Perhaps a stand that goes along the entire backside of the console.

No more Joy-Con glitches. Over the past couple of years, many gamers have experienced problems with their Joy-Cons either refusing to connect or disconnecting mid-gameplay. Hopefully, Nintendo has been able to work out these kinks and can provide newer versions of the consoles that have fewer Joy-Con problems.

More Joy-Con colors. While the initial grey or Neon Red and Neon Blue colors are decent, we’re surprised more options haven’t made their way onto the market. Sure, there are a few other color options, like the Neon Pink, Neon Green, or Neon Yellow Joy-Cons, but we’d like to see more colors. Including Joy-Con sets where both controllers are the same color. Maybe something . . . less neon.

What are you most excited about?

Are you going to purchase the new Nintendo Switch Mini? Sound off in the comments below. 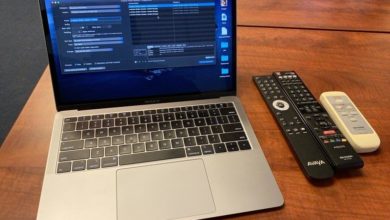 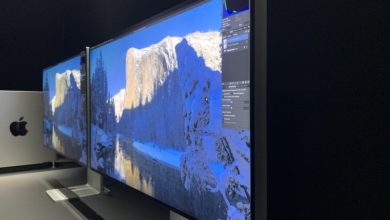 You can use the iMac Pro with Apple’s Pro Display XDR, but only up to 5K