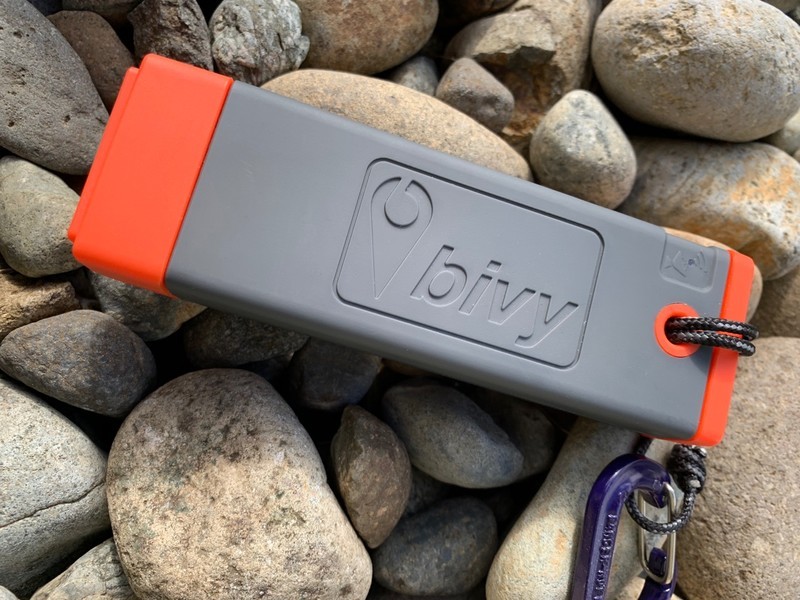 In the backcountry, no one can call you, text you, or track your location when there are no friendly cell towers around, but with Bivystick, you can stay in touch and stay safe, even deep in nature.

Heading out to your favorite National Park on a backcountry adventure, you realize quickly how fast that cell signal disappears. While this might be welcome to curb the distracting emails and social media notifications, when it comes to safety, we’ve all come to rely on our phones to track our location. We use them to reach out to friends and family, giving them updates on where we are at, to look at maps, and to use GPS to track our progress. All this is more than just vanity, It helps get us home safe.

Before smartphones, people communicated their whereabouts by leaving detailed notes with friends before heading out and logging their intention in the log book found at most backcountry trailheads (these steps are still highly encouraged by the way) but technological advancements in the last few years have brought a slew of new devices into the consumer space that can help you stay safe when venturing out. Thanks to companies that are ever-improving their backcountry accessories, survival devices have gotten smaller, smarter, more user-friendly, and more affordable.

Recently I took the BivyStick out for a test-drive into the backcountry. The recently successfully funded and shipped Kickstarter campaign for the Bivystick was first envisioned in 2012 by Vance Cook, an avid adventurer, and longtime software developer. After years of field testing, the Bivystick is now available for purchase and I took it through its paces to see if what it has to offer. 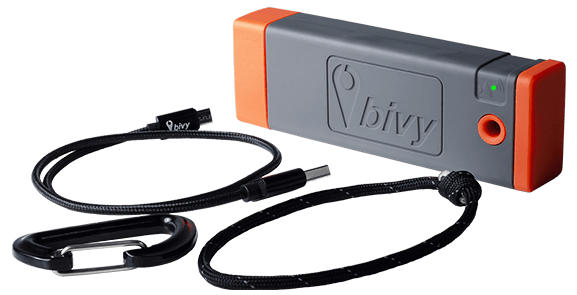 Bottom line: When exploring the deep backcountry, the Bivystick can literally be a lifesaver.

Bivystick lets you use your phone without needing a cellular signal

What piqued my curiosity with Bivystick was the fact that it promises a new take on the “satellite communicate devices” category compared to its competitors, like the Spot X and Garmin InReach.
It doesn’t have a screen or keyboard. It relies on the assumption that you always have your phone in your pocket anyway and lets you connect via Bluetooth which then connects you to a satellite network. The phone is your familiar screen and keyboard — a companion app lets you manage the BivyStick. It also includes a built-in 5200 mAh backup battery to keep your phone charged.

The BivyStick comes with the usual charging cables and a carabiner to hang it on your backpack. It is a solid rectangle wrapped in rubberized plastic. It feels very compact but heavy, fine to clip on your backpack when hiking or mountain biking, but on light and fast runs this extra weight feels like a burden. I shouldn’t complain, it’s supposed to keep you safe, but when every ounce counts this feels like overkill.

A little indicator light tells you when your Bivystick is connected to the satellite network, which sometimes requires you to move around a bit to get a solid connection. The interface is simple and it doesn’t have a lot of frills and buttons. The backcountry-worthy exterior feels sturdy enough that it could even withstand a drop on the ground (I didn’t test) and the unavoidable mud and grime.

I downloaded the app, which is available for free from the Apple App Store or Google Play Store, to connect my phone to the Bivystick. A printed guide in the box shows you each step but with little feedback from the device itself, it took me a bit to figure out how to get it all connected and working (Hot tip: satellite devices need open air to connect to the network. If you run into issues setting things up, try stepping out the front door).

The Bivystick is not a “wifi hotspot.”

When I first got the Bivystick, I sort of assumed that once the connection between the phone and the Bivystick is established, you’re good to go using your phone. But that’s not how it works.The Bivystick uses a dedicated app with a dedicated built-in mapping tool and text messaging interface. You connect your phone via Bluetooth to it and the app, in turn, connects to the satellite network. It lets you use your precious satellite credits responsibly, but it does require a lot of preparation and on-boarding. This also prevents your phone from trying to use the connected satellite network for non-crucial connections like social media or email.

Text messages you send using the Bivy satellite connection aren’t coming directly from your phone number. They are being relayed by a separate service. So it’s import to remember to tell your friends and family about before heading out. Your friends and family will receive your message from an unknown sender but can reply using their regular SMS messaging app. This messaging service relays via satellite to the Bivy app on your phone. I told people I would be sending messages via my Bivystick using a different before heading outdoors.

The app offers a variety of other features but overall feels half-baked and buggy. It’s a great idea to have the mapping features and text messaging directly on your iPhone but using the Bivy app is not intuitive. Several of the functions are counterintuitive and downright clunky. Be sure to test the app a few times before taking the Bivystick into the backcountry so you can familiarize yourself with the idiosyncrasies and don’t end up frustrated trying to navigate it.

Also: If you’re in a serious situation the Bivystick offers a direct way to call for SOS emergency services, bypassing the app altogether.

Bivystick is a solid starting point but needs work

The Bivystick costs $360 and requires a subscription plan to make satellite communication work. This is on par with competing devices like the Garmin InReach and Spot X.

The Bivystick itself is sturdy and simple, but the Bivy app is a bit of a mess and I never enjoyed using it. With a couple of software revisions, this could be a really cool backcountry safety device that can help your friends and family keep track of you while you’re far from civilization. But as it stands, it’s cumbersome and confusing.

The sizable battery, though adds extra weight, is great to have in the backcountry.

Satellite communicates and SOS features are the key to peace of mind in the wilderness. They work pretty well on the Bivystick, as long as you take the extra time to set it up beforehand and your friends and family know about the unknown number before you head out.

Bottom line: If you’re an experienced hiker that goes off the grid, the Bivystick is your friend. 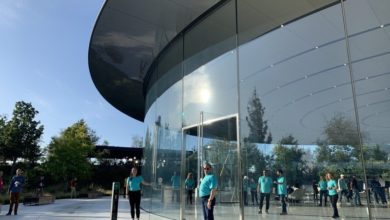 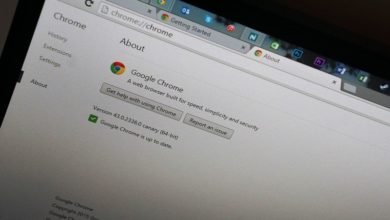