RosieReality, a startup out of Zürich developing consumer augmented reality experiences, has raised $2.2 million in seed funding led by RedAlpine. Other backers include Shasta Ventures, Atomico Partners Mattias Ljungman and Siraj Khaliq (both of whom invested in a personal capacity), and Akatsuki Entertainment Fund.

Founded in early 2018, RosieReality’s first AR experience is designed to ignite kids interested in robotics and programming. The smart phone camera-based app is centred around “Rosie,” a cute AR robot that inhabits a “Lego-like” modular AR world within which you and your friends are tasked with building and solving world-size 3D puzzles.

The kicker: to solve these 3D-puzzle games requires “programming” Rosie to move around the augmented reality world.

“By developing Rosie the Robot, we created the first interactive and modular world that exclusively lives in your camera feed,” RosieReality co-founder and CEO Selim Benayat tells TechCrunch. “We use this new computational platform to enable kids to creatively build, solve and share world-sized puzzle games with friends and families – much like modern-day Lego”.

Describing Rosie the Robot’s typical users as teens that “like the challenge of intricately crafted puzzles,” Benayat says part of the inspiration behind the AR game was remembering how as a kid he used to love spending time building stuff and then inviting friends over to show them what he’d built.

“Kids today are not that different,” he argues, before adding that AR makes it possible for them to have the same tangible and contextual sensation while giving them a bigger outlet for their creativity.

“We see the camera as a tool to teach and enable [the] next generation of creators. For us gaming is the ultimate creative, social and educational outlet,” says the RosieReality CEO. 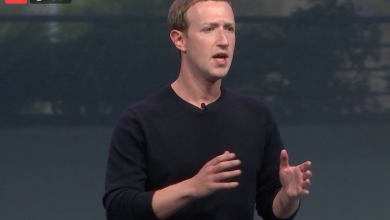