Nintendo has confirmed it will be attending this year’s Electronic Entertainment Expo, held June 7 – 13 at the Los Angeles Convention Center. Tickets are still available for any hard-core gamers or media experts who want to attend. It’s likely that Nintendo will allow attendees to test out demo versions of games like Pokémon Sword and Shield, but nothing has been confirmed so far.

Traditionally, the Nintendo company also releases a pre-recorded video at the expo and the gaming company has stated it will do so again this year. We don’t know exactly what they will talk about but we have plenty of questions for them. Here are the things we’re hoping to learn from E3 2019.

One of the things we were most excited to hear about at E3 were the two new Switch versions Nintendo is rumored to be working on. The Nintendo Switch Mini, a supposedly cheaper version of the Switch, has garnered a lot of attention in particular. Unfortunately, we’ve learned via Bloomberg that Nintendo’s president, Shuntaro Furukawa, has shot down any hope of a new Switch announcement at E3.

Nintendo has previously denied working on projects only to announce new information about the very same product later that year. So it’s possible that Nintendo is just trying to protect its secrecy until it’s ready to unveil. We’ll just have to see if anything does get announced at E3.

What we want to know: Specs, price, and release dates for both rumored Switch consoles.

The future of 3DS

With all of the attention brought to the successful Nintendo Switch in the last two years, the 3DS handheld gaming system has quietly moved to the back of most people’s minds. Sure, a few new 3DS games have made their way onto the system this year, but the momentum for these releases is slowing down. We’re curious to see if there will be any new 3DS games announced at the 2019 expo. Or will Nintendo be pulling the plug on its former breadwinner?

What we want to know: Will there be any new 3DS games announced? Will the 3DS be put to pasture anytime soon?

Last year a number of exclusive E3 Pop! collectables were available for purchase at the Los Angeles Convention Center. We don’t know what 2019’s E3 exclusive Funko Pop!’s will be. However, Funko has recently started a line of Pokémon Pops including seasonal Pikachu figures, so it wouldn’t be too surprising to see Nintendo characters featured as E3 exclusives this year.

What we want to know: If Nintendo characters will be featured as Funko E3 exclusives.

We honestly don’t know if Nintendo will address any of the Nintendo exclusive games releasing on the Switch this year, but we can always hope for updates. Without further ado, here are the Nintendo games we’re hoping to hear about at E3.

Metroid Prime 4: Fans have every right to feel antsy about the next title in the series considering it’s been 12 years since Metroid Prime 3 released on the Wii. Earlier this year, Nintendo announced it was unhappy with the game’s development and would be scrapping everything it’d created in order to start from scratch with help from Retro Studios. While this game is still a few years off from completion we’re hoping Nintendo will provide news on the game’s plot and projected release year.

What we want to know: The plot and projected release date.

Pokémon Sword and Shield: Since these games are releasing this year, Nintendo will probably allow attendees to play a demo version at E3. Hopefully, Nintendo will reveal the exact day these games will come out. If things stick with tradition, we can expect a mid-November release date. We’re dying to know what mechanics the game will offer and if it will work with the Poké Ball Plus. We’re also excited to see the newest additions to the Pokédex. Hopefully, we’ll get more information on the plot as well.

Marvel Ultimate Alliance 3: The Black Order We already know a lot about this Nintendo exclusive. It has a July 19 release date and the roster of playable characters has already been announced, but there’s so much more we want to know. We still don’t know how many unlockable characters there will be or if there is any planned DLC. Hopefully, Nintendo can provide some of this information soon.

What we want to know: If there will be unlockable characters and if any DLC is planned.

Super Mario Maker 2: We know that this sequel is releasing on June 28 and that it’s going to have enhanced features from the original game. But we want specifics! We want to know what new building options have been added or taken away. It would be awesome if you could play as Bowser, Princess Peach, Toad or other inhabitants of Mushroom Kingdom.

What we want to know: lf players will be able to add text boxes to their creations and if they can play as more characters, other than Mario and Luigi.

Luigi’s Mansion 3 (Working Title): Nintendo has been very tight-lipped when it comes to the third Luigi’s Mansion game. Obviously, Luigi will star as a reluctant ghost hunter running around a haunted mansion. Will we be saving Mario again or will other familiar characters make appearances? We’ll have to wait and see. For now, we know the game is set to release sometime in 2019, but we don’t know the exact date.

What we want to know: Which Mushroom Kingdom inhabitants will be in the new game. What the plot and release date are going to be.

Daemon X Machina: This is a brand new game and as such we hardly know anything about it, except that it looks very different from Nintendo’s other games. We’re excited to learn the story and see just how the game mechanics work. Hopefully, we’ll get a more specific release date at E3 than “2019.”

What we want to know: The plot, fighting mechanics and release date.

Astral Chain: There’s a lot of hype surrounding this games since two of the people working on it have also worked on other successful Nintendo games. We’re excited to learn more about the “special living weapon” that accompanies the main character as well as the RPG fighting mechanics. It’s due to release on August 30.

What we want to know: The plot details and RPG fighting mechanics.

Animal Crossing 2019 (Working Title): Aside from what’s shown in a teaser trailer, hardly anything is known about the next Animal Crossing game. In addition to the release date, we’re hoping to learn about new in-game events that correspond to real-life holidays and seasons.

What we want to know: The release date and any in-game events that correspond to real-life events.

Bayonetta 3: It’s been teased but nothing else has really been announced regarding this game. It’d be nice to learn specifics about the plot as well as the upgraded weapons. We might have to wait until PlatinumGames Inc has developed more of the game. Hopefully, we’ll at least learn a projected release year at E3.

What we want to know: The plot and release date.

The Legend of Zelda: Link’s Awakening: This remake of the popular Game Boy game is due to come out sometime this year. With any luck, E3 will give us a firm date. Since this is a remake, we’re wondering if it will still cost as much as a brand new game. Probably, but we still don’t know for sure. It might partially depend on whether or not new plot elements have been added to the original story line.

What we want to know: If there’s going to be any new content. The cost of the game and its release date.

Town (Working Title): Game Freak has been working away at this new RPG for some time now. Little is known about the plot, but it looks like it’s going to have very different fighting mechanics from the Pokémon games. This game is supposedly going to release in 2019 but we don’t know anything more specific. We’d love to get more information about the world and the fighting style.

What we want to know: The release date, fighting mechanics, and plot.

Classic Nintendo games on the Switch

Unlike it’s previous gaming systems, Nintendo has said the Switch isn’t going to have Virtual Console. This is odd since anyone who owns a 3DS or Wii U can purchase certain classic NES, SNES, Game Boy, Game Boy Advance, N64, GameCube, and Wii games. It would be nice to know if Nintendo plans to fill the gap for Switch players who want to play classic games. As of right now, select NES games are only available for those subscribed to Nintendo Switch Online.

There probably won’t be any mention of this at E3 this year, but we hope Nintendo does something to fill the classic void soon.

What we want to know: If Switch owners will ever be able to play classic games originally released on other consoles.

On Saturday, June 8, players from all over the world will face off during the 2019 world championships for Super Smash Bros Ultimate and Splatoon 2. Attendees with the proper tickets can watch the matches go down in person. It will be an exciting event to watch.

We have a lot of questions for Nintendo, especially given all of the new games releasing this year. With any luck, we’ll get some answers at E3. We’ll continue to update this page as we learn more so check back.

Are you excited for E3 this year? What information do you most want from Nintendo? Tell us about it in the comments. 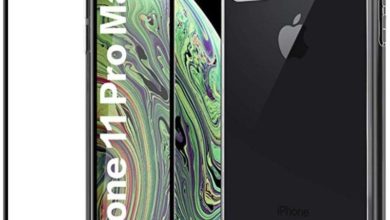 Everything you need to install your smart light switch

Your iPhone 8 Plus screen isn’t scratch-proof — get a screen protector!