Get your hands on these new Nintendo Switch games before they’re all sold out!

It’s new game time! Nintendo Switch has quite a few new games coming out this month, and we’ve gathered them in one list for you! Whether they’re new games or new takes on some old favorites, here are all of the games released for the Nintendo Switch this month!

This action game published by Adult Swim Games is finally making its way onto the Nintendo Switch. Play in single-player mode or with up to three other local or online gamers in a one-shot kill arena. Last duck standing wins. The game gives you access to a huge assortment of weapons and a number of unique environments to help keep gameplay fresh and exciting.

Follow an aging CEO, his son, and his right-hand man who together must use shady business practices and questionable tactics to save a failing business empire. Sabotage competitors, take on side quests, ride in cars, participate in drive-bys, interact with residents, and do much more in your quest to take over the beautiful island in this quirky story.

This classic survival horror game has finally made its way to the Nintendo Switch. Play as U.S. government agent Leon S. Kennedy as he undertakes a mission to find the President’s kidnapped daughter. His mission takes him to a village in Europe where he’ll encounter countless horrors and heart-pumping combat.

Experience the American Revolution of 1775 for yourself in this beautifully remastered game. Take on the role of Connor, a Native American assassin, fighting for the freedom of his country and people. He’ll take down enemies using special stealth techniques and melee combat. The Switch edition includes enhanced 4K graphics and solo DLC content.

Nintendo Switch May releases you can pre-order now

What will you be playing?

A decent number of remastered games are coming to Switch this month, including Resident Evil 4 and Assassin’s Creed III Remastered. We’re also excited to check out the new Nindie games releasing, as well. What titles will you be picking up this month?

Updated May 2019: Updated the slate of games set to hit the Switch this month.

How to use your HomePod to find your iPhone

Where to buy Cuphead for Nintendo Switch 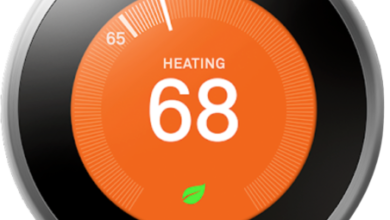 What the difference is between the Nest E and Learning Thermostat?

Does Cuphead for Nintendo Switch have cross-play?