Yes, Apple still cares about the Mac. It’s the kind of care you have for your older kid who’s graduated college and gotten a job and settled down, and doesn’t demand the same kind of attention as your younger kid, whose basically Taylor Swift and touring, and oh my god, everything is so much and so crazy you can’t take your eyes off for a second. But it’s care. Steady, check in once a week over FaceTime and visit a few times a year on holidays care.

And, part of that care manifests itself every year at WWDC, Apple’s world wide developer conference, when the new version of macOS gets announced, the new feature set gets introduced, and the first beta gets pushed out to developers.

What does that all mean for macOS 10.15 in 2019? Well, Gui Rambo from 9to5Mac has shared some rumors, so let’s dive into the analysis.

Rather watch than read? Hit play on the video above!

A lot of what’s coming to the Mac this year is building on what was introduced, let’s charitably call it in alpha form, last year: UIKit apps for the Mac. We got News, Home, Voice Recorder, and Stocks, and they’re all a bit of a inconsistently hot to lukewarm mess. So much so, it’s hard to believe Apple of all companies was willing to release them, even as proofs of concept. But they were and they did, along with the promise that UIKit apps on the Mac would be coming to developers this year.

My understanding is that this version of Marzipan will be much better. So much better it’ll help flashy thing last year’s version out of our brain boxes. Not finished. Not fully polished. Not until it comes out of beta and developers can start shipping off of it. But much closer to Marzipan as it was originally and always intended to be.

I know it scares a lot of Mac traditionalists, probably as much as Cocoa scared the classists, but it also feels very much like the near-future, at least until the real next NeXT comes along, and that means it really has to be insanely great.

In a separate story on 9to5, Gui said there’ll be Mac-specific API – application programming interfaces — to support the Mac menubar and the MacBook Pro Touch Bar, among other things.

Support will be there for multiple Marzipan windows, which has always been a key part of the Mac user experience. So, hurrah.

Split View Marzipan apps will be able to be resized or reset through the divider, like on iOS, which already be an improvement to the announced-and-promptly-abandoned split view mechanic currently on macOS. And if they include a way to swap out split view apps without having to destroy and re-create the entire split view, after hunting down that one app that always, perplexingly, goes full screen off screen, I will personally send a proper Montreal poutine recipe to Caffe Macs. You’re welcome.

If it has all the features Gui says it might, while I’ll likely use it far more on iPhone and even iPad, it’ll be great to be able to manage it on the Mac.

That’s my guess for my workflow for pretty much everything Marzipan as well, same as it’s been with Continuity Handoff in the past — Watch for quick glances, iPhone for access anywhere, iPad for aggregation and easy browsing, and Mac for hardcore editing.

Does that mean the several years old AppKit app will get updated to support them, or a new Marzipan app will just bring the UIKit functionality on over?

Marzipan everything, I say. Get us to the future faster and dog food everything as much as possible so Apple hits all the pain points before, or at least alongside, developers.

Last year, Apple rebooted Workflow as Siri Shortcuts and brought not only automation to iOS, but suggested actions and even voice triggers. I hopped the suggested part would serve as an easy entry point for casual users even as the workflow part seriously amped up the power for power users. A year later, and I still haven’t seen many suggestions, which means I don’t think Shortcuts have seen a lot of on boarding. But, the workflows, they’re everywhere among the nerdy.

And, according to Gui, this year we’re getting Shortcuts for the Mac. That could… should… would include a Marzipan Shortcuts app for the Mac to match the one on iPad, and improved Siri support, so the Mac’s assistant capabilities better match those of iPad, and Shortcuts can provide a non-crippled experience.

Siri, and hopefully this mean both iOS and macOS, should also, finally, be getting increased intents support, including for media playback, which will be huge for anyone using services and apps outside of Apple’s own.

Now, shortcuts are great and are probably going to end up being an important step towards the future of easy-to-assemble voice apps. I’d have loved to have seen Shortcuts support on the Mac last year when the feature was first introduced for basically everything else.

But, Workflow was an iOS app when Apple bought it and it took everything the team had just to turn it into shortcuts and ship it, version 1 feature complete, for all the iOS-based operating systems and devices last year. Now, Marzipan has had time to mature and they’ve had time to spin up the Mac version, and provided they stay in lockstep from this point on, a lot of nerds are going to be a lot of happy come beta in June and release in the fall.

The overall digital wellbeing movement and the way some companies and activists talk about it has always been a little pandery and sensational for me. I just like data. And that’s just exactly what Screen Time gives me — how much of what am I doing for how long.

Based on that data, I can be more honest with myself about what I’m doing, and if I had kids, what they’re doing, and make better informed decisions and changes when and as needed.

And this year, according to Gui, that’s also coming to the Mac.

The feature set sounds identical to what we currently have on iOS, and if there are any improvements there, hopefully we’ll get them here as well. It’s hard to balance simplicity with robustness, security with usability, but that’s Apple’s job here, even and especially in a more open computing system like the Mac.

A lot of the new services Apple pre-announced in March, like Apple Arcade, are going to work not only on the Mac but with Family Sharing. And that means Family Sharing needs to be as easy and accessible to manage on the Mac as it has been on iOS.

Gui says Apple will be implementing a new Apple ID management panel in System Preferences to help with that, similar to how Settings works on iOS.

That way, you can sign up for services new and old, and assign them, on the Mac just like you would from your iPhone or iPad.

Gui also mentions that the Mac will be getting file provider extensions, which should help services like Dropbox better integrate with the Finder system. Bonus points if they never harass me about enabling special accessibility powers ever again. No means no.

Also, an API devs can use to write device drivers. And wow but would I love to see that for iPad Pro as well.

But, Touch ID on Mac can also do things Apple Watch can’t, like enable autofill for passwords and authorize privilege escalation in some cases as well.

According to Gui, Apple Watch could be gaining the ability to do everything Touch ID can do now as well. Which would be really cool because as much as Touch ID is far more convenient than typing a long, strong, unique password, Apple Watch auth is damn near invisible at best, and at worst bring Touch ID-like functionality to Macs that still don’t have Touch ID. Which is, confoundingly, still many.

And, with the fancy time of flight and other precautions Apple takes, it’s likely secure enough for most people as well, which is a huge win for convenience.

Macs have worked with external displays for a long time but, new, Gui says there’ll be a simple menu, accessible by hovering right over the green traffic light button on any window, that’ll provide options not only for full screen and tiling, and hopefully other, long overdue window management options, but for moving that window to any external display… including full-screen on an iPad.

Better still, if the iPad supports Apple Pencil, which all of the most recent iPads do, you’ll be able to draw on it with the Pencil and have the results input into the Mac app, which should make Wacom cry. Again.

macOS 10.15 should debut at the WWDC 2019 keynote on June 3rd. No word yet on the name, but since the last couple of versions have been paired, Yosemite and El Capitan, Sierra and High Sierra. If Apple holds to that pattern, what could we see? Probably not Death Valley or Big Morongo. But, maybe a Mojave-themed Joshua Tree or Red Rock?

Just get a Dolby Atmos speaker? Here’s how to set it up on Apple TV 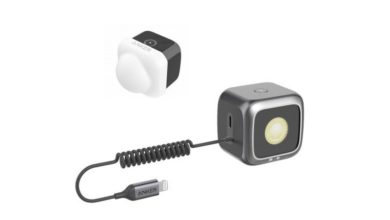