Now that Motorola’s Moto G7 phones have arrived, Moto fans are now turning their attention to what’s next for the higher-end Moto Z series. And it looks like new handset, the Moto Z4, is shaping up well as we receive some official-looking renders via tipster Evan Blass (@evleaks).

The supposed Moto Z4 images, which Blass posted yesterday, offer a look at all sides of the unit. The main image appears to be a higher resolution version of one we saw previously, only this time we’re able to confirm the 3.5mm headphone port, and we can see for the first time a top-firing speaker, and USB-C connectivity.

Speculation suggests the Moto Z4 will feature a Snapdragon 675 chipset, 48MP rear camera, and a 3,600mAh battery. The mid-tier chipset indicates this won’t be an ultra-premium flagship like the Samsung Galaxy S10 Plus or Huawei P30 Pro. We don’t have any reliable price leaks to go on yet, but the phone’s predecessor, the Moto Z3, came in at $480 when it launched; I expect the Z4 will be around this also.

Thirty years before the arrival of folding phones such as the Samsung Galaxy Fold and Huawei Mate X, flip phones broke new ground in the form of the Motorola MicroTAC 9800X. Widely regarded as the …

We’re also tipping the Z4 for an in-display fingerprint sensor, since there’s no visible scanner on the device body, while Moto Mod support is almost a guarantee given those pins on the rear.

The Z4 looks like a reasonable enough upgrade on the Moto Z3, but Motorola may struggle to generate much hype around it: there are other great devices expected to arrive at this price point soon, namely the Google Pixel 3a. What’s more, the Moto Z4 may be overshadowed by another upcoming Motorola product, that being the flexible Motorola Razr.

I’ve reached out to Motorola for more information regarding this latest leak and will let update this article if I receive a pertinent response. 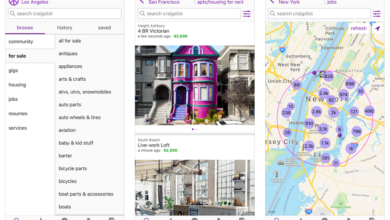