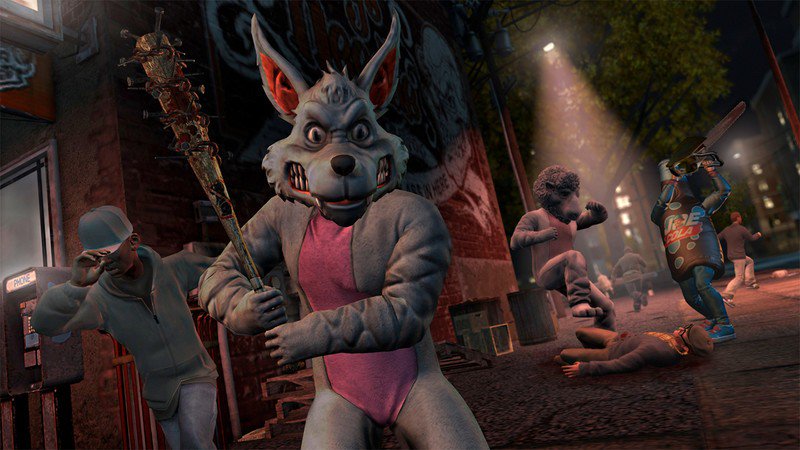 Best answer: With Saints Row: The Third – Full Package, you get the definitive edition of Saints Row: The Third, including all previously-released content, all three mission packs (Genkibowl VII, Gangstas in Space, and The Trouble With Clones) that were released for other versions of the game, and over 30 DLC items for character customization.

What are the DLC missions confirmed for Saints Row: The Third – Full Package?

Three DLC missions are included in Saints Row: The Third – Full Package. The first, Genkibowl VIII, sees the protagonist join the titular game show event run by the cat man Professor Genki. The second, called Gangstas in Space, brings three different missions: Faster More Intense!, Hangar 18 1/2, and That’s Not in the Script! These missions can be done repeatedly as often as you like and will rotate through, with the next appearing as you complete the one before. Finally, The Trouble with Clones is similar to Gangstas in Space with three more missions: Weird Science, Tour de Farce, and Send in the Clones.

What cosmetic DLC packs have been confirmed?

So far, the following cosmetic DLC packs have been confirmed to be in the game:

Why are the Bloodsucker Pack and Unlockable Pack being omitted?

The Bloodsucker Pack and Unlockable Pack are not included in Saints Row: The Third – Full Package. According to the Nintendo Switch eShop description, this is for “game balance and improvement based on feedback.” The likely reason is because both of these packs applied bonuses to characters immediately when downloaded that could not be turned off or removed, effectively changing gameplay dramatically in a permanent, imbalanced way.

Saints Row: The Third – The Full Package is the best version of Saints Row: The Third out so far. It’s a great opportunity to get your hands on every bit of meaningful DLC that has been released for the game alongside its solid original campaign and relive the mayhem eight years after release.

Saints Row: The Third – The Full Package is the most definitive edition of the game so far. Detailed character customization, co-op play either online or via local multiplayer, and all the DLC packs you can possibly imagine combine for one hell of an adventure in the city of sin.