Whether split screen or same screen, the Nintendo Switch has some of the best local co-op multiplayer games of any console on the market. Lucky for you, there are a lot of them. We’ve made a list of the couch co-op games every Switch owner should have. See which ones you should add to your collection. 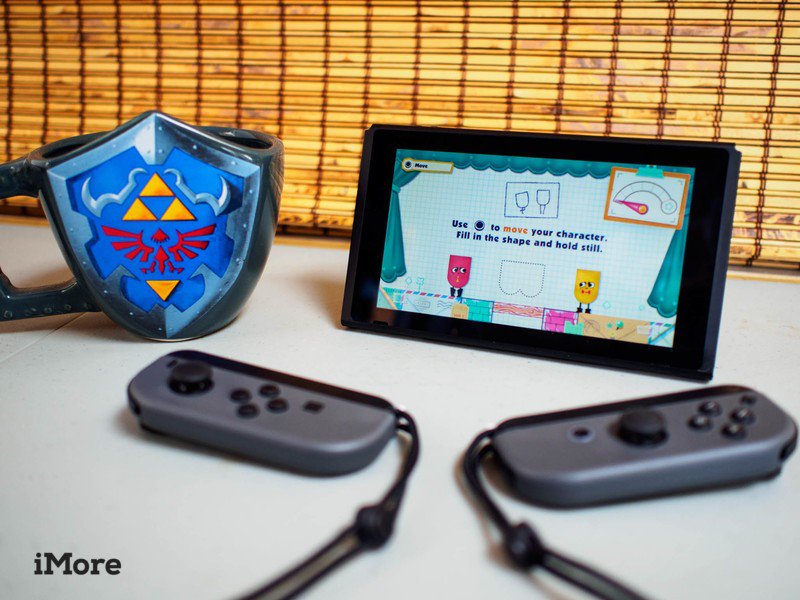 This is the pinnacle of Switch co-op games. Challenge as many as three other local players using one of 74 playable characters. This includes every character that has ever been in a previous Super Smash games as well as characters that are new to the Super Smash Bros. series. Learn new moves and techniques to become the ultimate champion.

In this silly sequel you’ve saved the world, but now you must protect the Onion Kingdom from The Walking Bread. Work with up to three other chefs as you create new recipes and navigate new obstacles in the kitchen. Beat your previous scores or simply have fun with friends as you work your way through the levels.

This inexpensive game has won several awards for its physics-based gameplay and is one of the funnest split-screen multiplayers on the market. The Switch version gives you access to Nintendo decals for characters like Mario, Luigi, and Samus. Play with up to three other players in competitive or casual modes.

This classic party game lets you and up to three other players compete on a virtual board game. You’ll be sorted into groups for 2 vs 2 and 1 vs 3 mini games to earn stars and coins. Choose from 20 of your favorite playable Nintendo characters to race friends across the board.

Up to four family members or friends can race each other in this couch co-op multiplayer. This game allows you to choose between 30 different characters, 14 of which you will need to unlock. This is a great game to play with little kids as it includes a smart steering mode to help them stay on track. In addition to racing, this game also features several mini battle games and provides hours of entertainment.

Purchasing this gives you both the New Super Mario Bros. U and the New Super Luigi U games in one package. You and up to three others can make your way through Mushroom Kingdom to rescue Peach from Bowser. This is the perfect game to play with little kids since playing as either Toadette or Nabbit makes the games significantly easier.

This inexpensive bundle gives you seven different arcade-style fighting games in one purchase. Games include Final Fight, Captain Commando, The King of Dragons, Knights of the Round, Warriors of Fate, Armored Warriors, and Battle Circuit. Face off against friends and family to determine the best fighter.

If you’re looking for a classic split screen cooperative shooter, this is the game for you. Work with a friend to clear rooms of horrific enemies as you make your way through an abandoned prison. This game also features a prominent single-player campaign should you want to play solo.

This zany boxing game puts a playful twist on your classic fighting match. You get to choose the character you fight with as well as the characteristics of your springy arms. Each arena brings unique challenges to add to the fun. Fight against one other player on one Switch or against three other players using two Switch consoles.

This hilarious couch co-op has you and up to three other chefs preparing and serving a variety of foods for your hungry customers. Work together to cook steaks, put out fires, and keep your kitchen tidy in order to save the Onion Kingdom from an edible enemy. The Switch version contains both The Lost Morsel and Festive Seasoning expansions.

Mario Tennis Aces puts a spin on the traditional tennis game by including cartoony antics and zany obstacles. Choose one of 28 playable Nintendo characters, each with unique moves, as you play with 1 – 3 other players. This game also has a solo mode, where you can fight bosses and overcome new challenges with your tennis racket.

Lovers in a Dangerous Spacetime

The premise behind this brightly-colored game is simple – you and up to three other players need to protect your neon, Deathstar-like ship from hostile aliens and projectiles. Each person takes control of their own turrets, lasers, shields, and thrusters. Work together to rescue space-bunnies and overcome the evil, Anti-Love forces.

This game perfectly combines classic Tetris with Sega’s Puyo Puyo puzzle game to create a truly competitive party experience. Choose from several Tetris game variants as you compete with up to three other players. It also features single-player mode so you can entertain yourself when others aren’t available.

This lighthearted, turn-based multiplayer has you and up to three other players fighting to protect Mushroom Kingdom. Choose from eight unique characters and an arsenal of weapons as you battle your way through four new worlds.

This simple game premise requires lots of creativity and cooperation as you and one other friend solve puzzles together. Cut each other into the proper shapes to hold items, push buttons and turn cogs as you make your way through the many levels.

Wreak havoc on this open-world game with a friend as you undermine familiar-looking superheroes. Play as several iconic DC characters, including Joker, Harley Quinn, Cat Woman, Riddler, Scarecrow, and many others. You can also create a brand new villain and play with that character throughout the game.

Experience the Marvel universe with a friend as you battle enemies and experience silly Lego moments. This game also features new battle modes so you can play against up to three other players. It features characters from Spider-Man, Thor, Hulk, Black Panther, Captain Marvel, Guardians of the Galaxy, Doctor Strange, and more.

Play as undercover police officers to track down Rex Fury, a criminal mastermind who has recently escaped prison. This open-world game features an original plot and plenty of humor to keep you and a buddy entertained for hours. You can also play in solo mode.

Fans of Dragon Ball Z can relive key moments in the series as they battle against familiar characters. This game responds to motion controls and allows you to create your own character. Play with another friend locally or add additional Switch consoles to play with up to six local players.

In this game, you and a friend can fight against each other to determine who really is the best Pokémon trainer of them all. The roster includes 21 different Pokémon. Utilize impressive moves and master individual characters in the arena.

This award winning game allows gamers to play as Rayman, Globox, and the Teensies as they make their way through several worlds via magical paintings. Work in a team of up to four players or compete against your friends using the Kung Foot tournaments. Either way, it’s sure to be loads of fun.

Take on evil cultists, walking corpses and all of the inhabitants of hell in this four player, local co-op. It features the Reaper of Souls expansion along with the Rise of the Necromancer pack. This Nintendo version also includes allusions to The Legend of Zelda with a Cucco pet and the ability to change your character’s clothes to Ganondorf’s armor.

Compared to other consoles, the Nintendo Switch has a large number of quality local player games. If you’re looking for a serious competition, we recommend Super Smash Bros. Ultimate. Players looking for something they can play with little kids should consider New Super Mario Bros. U Deluxe since it has kiddie modes that allow anyone of any skill level to play together.

If you are looking for some silly fun with food puns and cooperative game play galore, try Overcooked 2. With plenty of crazy characters, DLC, and cooking fun, this game will keep your group playing for hours.

Nintendo and indie developers are constantly creating new multiplayer games. We’ll keep an eye out and add any must-have couch cooperative games to this list as time goes on. 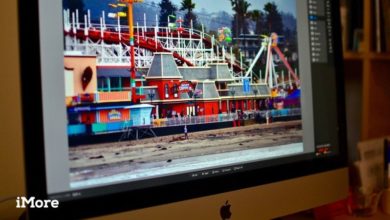 These amazing photo editor apps let you edit right in Photos on Mac!

iPhone Screen Recorder helps you share your screen with an audience