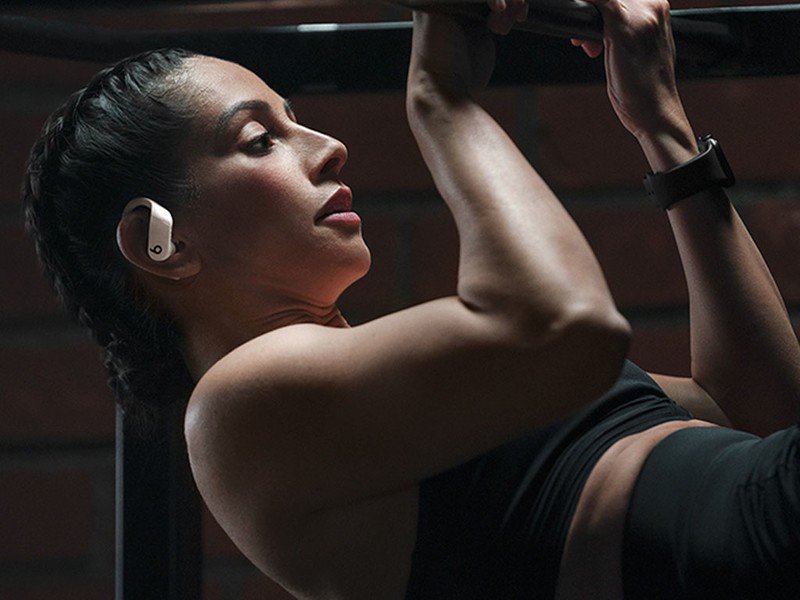 Best answer: Beats states the PowerBeats Pro are water and sweat resistant and and carry an IPX4. If you want wireless earbuds that are to have a stronger IP rating, the Jabra Elite 65t is a good choice.

Both the Apple and Beats websites don’t mention an official IP rating; however, in Beats has confirmed in a marketing flier sent out to reviewers that the the PowerBeats Pro carry an IPX4 rating.

An IPX4 rating is officially validated for splashing water, to quote: “Water splashing against the enclosure from any direction shall have no harmful effect.”

An IPX4 rating in workout headphones is pretty normal since the most moisture you’re going to get on your Powerbeats Pro is from sweat gentle dripping off your body, you’re likely going to be just fine.

Obviously, water and electronics don’t mix well, and even though the Powerbeats Pro comes with an IPX4 rating, you should avoid as much contact to moisture as you can.

Under no circumstances should you submerge the PowerBeats Pro in water. Devices that can withstand being dunked in water typically have a very high IP rating — IPX7 or higher — and are specifically tested to do so. Plus, it’s probably a good idea to keep your Powerbeats Pro out of the rain, a particularly hard downpour could maybe do harm, so watch out for that.

If you want a stronger IP rating, check out the Jabra Elite 65t

If you’re a little nervous to dish out $250 on a pair of headphones that only have an IPX4 rating, I don’t blame you. If you want better water-resistance and debris protection, be sure to check out the Jabra Elite 65t, which are rated at IP55 (the first number in an IP rating is for dust and debris, the second number in an IP rating is for liquid. X means it hasn’t been tested for dust and debris at all, so it has no rating).

I have been using the Jabra Elite 65t for my workouts for a while now and they have worked flawlessly even after sweat-inducing cardio.

They are completely wireless, feature a five hour battery life (plus additional 24 hours in the charging case), and they have onboard controls to control playback and summon Siri when you want.

The Beats to beat

With a cited nine hours of battery life, the ability to listen to each earbud separately, super fast and seamless pairing, and Hey, Siri compatibility, the PowerBeats Pro promise to offer everything you love about the AirPods, but with a snugger fit and better sound!

Wireless earbuds you can take to the gym

They don’t have the interoperability with Apple devices that PowerBeats Pro do, but the Jabra Elite 65t offer a great audio experience, both for listening to music and making phone calls. Great for travelers, the earbud design keeps the noise of the world out, while also letting the noise you need to hear back in as you see fit. Plus, the IP55 rating means you definitely get sweaty and not have to worry.