Home » Canon and Nikon Imaging Sales Drop 17%+ Over Past Year

Canon and Nikon Imaging Sales Drop 17%+ Over Past Year 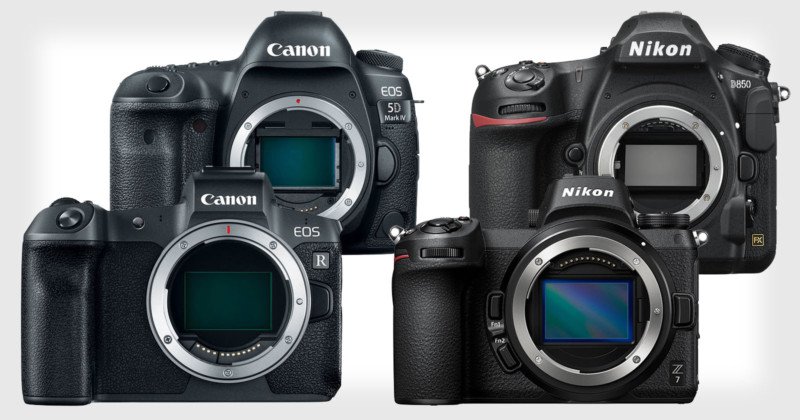 Canon and Nikon both published their latest financial reports over the past couple of weeks, and the numbers don’t paint a rosy picture for the camera industry. Both companies reported a decline in imaging business sales of around 17% over the previous year.

The two companies are seeing the market for dedicated cameras continue to shrink as smartphones continue to eat into it.

Nikon says the uncertain economy and rising camera competition may cause further declines in his camera business.

“In the market for digital cameras, which are the leading products in the Imaging Products Business, there is a possibility of the market undergoing drastic changes due to fluctuations of the economy of the respective regions,” the company writes. “Furthermore, the expansion of the markets of strong competition, such as new digital equipment, may lead to the further decline in demand for digital cameras.”

And for the camera market as a whole, Nikon predicts it will continue to shrink overall while full-frame interchangeable lens cameras as a niche holds its ground.

“Regarding future prospects of the business segments of the Group, in the Imaging Products Business, although the digital camera-interchangeable lens type market is expected to remain solid in the full-frame category, the market as a whole is forecast to continue to shrink, and the continuing shrinkage of the compact digital camera market is also expected,” Nikon says.

(via Canon Rumors and Nikon Rumors)