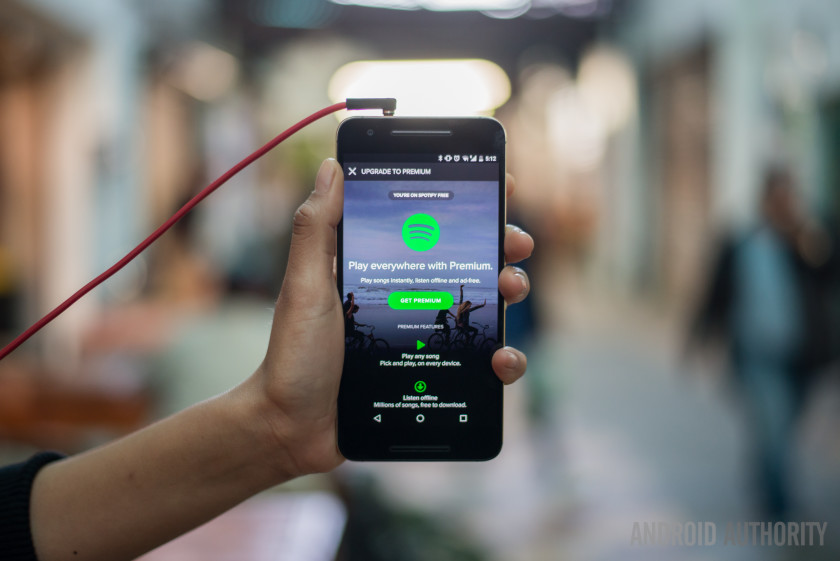 Spotify finally launched its music streaming service in India in February 2019, after numerous stops and starts and despite a legal battle with Warner Music Group that rages on even today (more on this later). Indian audiences were certainly clamoring for the globally popular app, given that Spotify in India surpassed a million installs in less than a week. If you’re yet to make the jump, or consider if you even should, here’s everything you need to know about Spotify in India!

You can download the Android app from the Google Play Store. Spotify is also available on iOS, on Windows (also via the Microsoft Store), and on the web. You can sign up for free with an email address or log in with Facebook. Using the Facebook option makes it much easier to share your Spotify playlists, what you’re listening to, and other recommendations with friends and family.

Of course, you can control exactly what and how much information you want to share, if any. If you want to avoid it completely though, signing up with an email address may be the better way to go. With the email address signup, you will need to verify the account. Providing your date of birth, gender and adding a profile name completes the account creation process.

Once your account is set up, you’ll be able to select the languages you prefer – this includes English, Hindi, Punjabi, Tamil, Telugu, Malayalam, Marathi, Gujurati, Kannada, and Bengali. This might seem like a lot, but competitors like JioSaavn and Wynk Music add another five regional languages to their portfolios, so Spotify India has some catching up to do here.

You now get to select your favorite artists. There’s a minimum of three, but the more you select, the more well-rounded the daily mix playlists will be right off the bat. Tapping on the name of a singer brings up more options (like music directors or female singers they’ve worked with). This was actually a really fun thing to do, bringing up old favorites that I wouldn’t have thought off right away. You can also find artists based on genre.

After selecting at least three artists, the Spotify app homepage opens. Based on your previous selections, at least one “Daily Mix” will automatically be created for you. Scrolling further down will show more album recommendations, trending songs, editors’ picks, new releases, and a whole lot more. If you’re hoping to get listening right away, Spotify has more than got it covered.

Tap on the gear icon at the top right corner of the home page to go into the settings menu. You can disable or enable a data saver mode, add a crossfade, allow explicit content, normalize the volume, set audio quality, update your language choices, set your social media preferences, and a whole lot more. There are a bunch of settings here that will let you cater the app experience to exactly how you like it.

Curating your music and podcasts

Adding songs, playlists, and podcasts to Your Library

As great as it is to have random, but well put together playlists created for you, you’ll still want to create your own to get the most out of the music streaming service. To find specific songs, artists, or podcasts, hop on over to the Search tab at the bottom of the app page. Just start typing a name, and what you’re looking for should pop up in the search results.

If you aren’t particular, you can also go through a variety of recommended playlists based on genre,  language, era, mood, and even the season. If you like a specific playlist, or even a few songs from one, you can add them to your library by tapping on the heart icon next to the name of the song or the playlist.

The same goes for podcasts as well. You can search for a specific podcast or scroll down in the search page to podcast section. You’ll have a lot of podcast recommendations based on a variety of categories or you can just look through the top charts. Once again, if there’s one you like, you can save it to the library by tapping on the heart icon at the top right corner of the page.

If you are listening to a Spotify-created playlist and like what’s on, you can also save the entire playlist or add specific songs to your favorites by tapping on the heart icon. On the flip side, if you don’t like a particular song, you can tap on the stop sign (next to the heart icon) to hide the song. Tapping on the three vertical dots icon gives you even more options, including adding the song to a playlist, adding it to queue, viewing artist information, and sharing the song.

Your Library is where you’ll find the playlists and albums you’ve like and your favorite artists. Any songs you’ve liked will be in the “Liked Songs” playlist. Switch to the Podcasts tab to find your favorite shows, recent episodes, and downloads. Yes, while you’ll need the premium subscription to download and listen to music offline, there’s no such restriction with podcasts, which is fantastic.

Of course, you don’t have to leave it all up to Spotify and you can create your own playlists. First, give the playlist a name. Then tap on the large “Add Songs” button to get started. Spotify contributes here as well with long lists of suggestions that are curated from your favorites and recent listening habits. You can also search for a specific song or go the “Songs you liked” section to add them. Tap on the plus/add icon. You’ll now find your newly created playlist in the library.

Listening on other devices

You have your playlists ready and podcasts queued, but what if you don’t want to listen to them on your phone? The good news is that Spotify isn’t restricted to one device and you can use the mobile app as a remote to control music playback on another platform. When listening to a song, you’ll notice a small display and speaker icon at the bottom left of the screen. This opens the “Connect to a device” page that will let you control any music playing on your computer or TV, or through a Wi-Fi speaker. Tap on an option and follow the on-screen instructions.

Spotify is considered one of the best music streaming services across the globe, in part due to the incredible catalog it has to offer. Unfortunately, Spotify’s launch in India was far from smooth because of an ongoing legal battle with Warner Music Group. English music from a long list of global superstars is sadly not available on Spotify India at the moment and this will only end when the issue with the licensing deal has been resolved.

Want to listen to Charlie Puth, Ed Sheeran, Linkin Park, or Coldplay or the host of other artists who signed with WMG? You’re better off holding on to another music streaming service for now.

Spotify’s trouble with licensing deals doesn’t end with WMG. The company has also been forced to remove over 120,000 Hindi and regional language songs because of an agreement not being reached with SaReGaMa India Ltd, a major record label in India.

It’s not all gloom and doom though. There are still quite a few licensing deals that Spotify has managed to get with Indian and international record labels, so the catalog is far from a barren wasteland. One of Spotify’s strongest suits has been its recommendations, and it remains a great way to discover new artists and previously unheard songs. Of course, there’s a lot of popular music available as well.

There’s even some music that I haven’t been able to find on any other Spotify competing apps, like a 2006 Karsh Kale album that I was only able to find on Spotify and YouTube Music.

The best part for me is the availability of podcasts on the app. Granted, I’ve never thought it was a big deal to switch between my music streaming and podcast apps. It’s still nice to have everything in one place though. I also can’t attest to how complete Spotify’s podcast catalog is here, but I found everything that I listen to.

The free version of Spotify in India is far less restricted than it is in the U.S., the U.K, and others. For example, while the mobile app only lets you use Shuffle Play in other markets, that isn’t the case here. You also don’t have to worry about track skipping limits, not being able to play any track or create custom playlists. In fact, you have full access to the complete catalog that is available in India on the mobile app with the free tier.

There are ads to deal with of course, but having a 30-second ad play after every six songs and the occasional popup that asks you to subscribe to the premium service isn’t intrusive or annoying by any means.

That said, there’s still enough of an advantage to going premium or there wouldn’t be any point to having the option. For starters, ads go away completely. Audio quality also gets a boost to 320kbps from the standard 160kbps (high quality) and 96kbps (normal quality). Streaming with higher quality audio will require more data, but it isn’t as much of a data hog as you’d think, and data caps aren’t as much of a concern anymore.

Spotify Premium prices fall in line with the subscription rates of competing music streaming services in India for the most part. It may seem a touch more expensive than some, but that’s because services like JioSaavn have drastically cut their prices as a response to the arrival of Spotify and YouTube Music this year. Spotify also offers various prepaid plans that come with long-term discounts and you also get to take advantage of a 30-day free trial.

Spotify in India – does it deliver?

Spotify has unfortunately been off to a shaky start in a market that isn’t short of competition and things haven’t really gotten that much better. It may have the download numbers, but that’s likely because of the initial wave of excitement that surrounded the launch. Of course, people aren’t blocked from using more than one music streaming service either.

Spotify enjoys a certain global brand recognition that very few products or companies do. However, the competition is extremely stiff in India and Spotify is quite late to the party. JioSaavn slashed its prices by around 70%, the premium Wynk music subscription is free for Airtel (one of India’s largest networks) users, and Amazon Prime Music is included with a Prime subscription.

An apt comparison for Spotify would be YouTube Music that also recently launched in India. The subscriptions are similarly priced. However, the regular YouTube app was already the most popular “music streaming” app in the country. Easier access to just music and more features will only help YouTube Music. All competing apps also have better catalogs, at least for the moment.

I know I’m making things sound far direr than they actually are. Licensing deals will be done (hopefully). Spotify will react to the price gouging (probably). Some free subscription deals with network carriers can happen (maybe). The apps are refined, the catalog will get better, and there’s one thing that Spotify has that no other Indian music streaming service does – podcasts.

Have you signed up to Spotify in India? Why? Why not?

With Huawei’s and Samsung’s current troubles, is the foldable phone trend cursed? 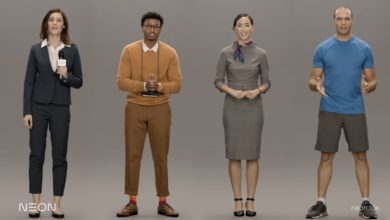