In a world where high-end Android smartphones can cost $1,000 or more, lots of people out there want something that won’t break their wallet. Luckily, there are lots of cheap Android phones out there that cost nearly half that — and some even a lot less.

Reading from India? Check out our list of best Android phones under 15,000 rupees

The great thing about today’s cheap phones is that they aren’t cheap in quality, sporting many of the same features and updates as considerably more expensive flagships. We have selected our picks of the best cheap Android phones currently on the market at various price points, along with a runner-up selection for each price level.

We will update this post regularly, as other cheap Android phones release.

Phones priced between $400 and $500 are certainly not cheap by any stretch of the imagination. However, when it provides features that are usually reserved for $800+ smartphones, it definitely feels quite affordable in comparison. Google hasn’t had a device that would qualify as “cheap” since the Nexus line, but that all changed with the arrival of the Pixel 3a and the Pixel 3a XL.

That’s not to say that these aren’t Pixel smartphones through and through. The design language stays largely the same. Even with the shift to a polycarbonate build, the shift from matte to glossy on the back doesn’t look any different from the glass of the Pixel 3. The multi-colored power buttons are uniquely Pixel, and even the large bezels up front are an unfortunate signature.

It’s not just about a similar design though. What is also the biggest selling point of the Pixel 3a series is the fact that it provides the same camera experience and quality that you get with its flagship sibling. At almost half the price. That’s almost reason enough to consider buying the Pixel 3a and Pixel 3a XL.

Some compromises have been made of course. The Pixel 3a smartphones are powered by the mid-range Qualcomm Snapdragon 670 processor. You also get a polycarbonate build instead of glass. There’s no higher storage option, and none of the Pixel 3a’s come with a Quad HD display resolution. That’s a surprisingly short list of compromises for devices that cost half as much.

There are no major differences between the two Pixel 3a’s either. Apart from the display size, the XL also packs in a larger battery, and it’s also the more expensive of the two. Speaking of price, the Pixel 3a and the Pixel 3a XL are priced at $399 and $479 respectively.

As Android Authority’s Dhruv Bhutani put it in the full review, “come for the camera, stay for the experience. If you’re looking for one of the best cheap Android phones currently available, particularly if smartphone photography is important for you, the Pixel 3a and Pixel 3a XL are excellent options.

Some would argue that the OnePlus 6T is more deserving of the top spot given its flagship nature. However, with the launch of the OnePlus 7 and 7 Pro, the OnePlus 6T may not be around much longer. That’s not to say that its successor won’t find a place on this list. Until that happens though, the Snapdragon 845-powered affordable flagship from OnePlus is price starting at just $550.

Motorola may have stumbled while attempting to keep up with its flagship competition. However, the company that can be credited with being the first to blur the lines between price and quality continues to excel in the affordable smartphone segment in the U.S. The latest addition to Motorola’s popular G series – the Moto G7 – is one of the best cheap phones you can buy under $300.

The Moto G7 retains a lot of the design elements of previous versions, like a circular camera module at the back. However, in an expected shift, you now get an 18:9 aspect ratio display up front with a waterdrop notch. To keep the near-bezel less look, Motorola has also opted to move the fingerprint scanner to back.

Under the hood is the mid-range Qualcomm Snapdragon 632 processor, which is much faster compared to the 450 chipset on the older Moto G6. The Moto G7 also has 4GB of RAM and 64GB of storage. You still get a dual rear camera set up, with a 12MP primary sensor, and a 5MP secondary depth sensor. Finally, you get an 8MP front-facing camera and a 3,000mAh battery.

The Moto G7 is priced at a very reasonable $299.99, providing an excellent option for those who don’t want to break the bank to get a new smartphone.

The Nokia 7.1 has a slightly smaller 5.84-inch screen that allows for a more manageable experience. It also comes with NFC support and is an Android One phone, which uses a near-stock version of Android. Motorola is not the worst when it comes to software updates, but nothing beats how fast you’ll receive an update with an Android One device.

If you are looking for an even more affordable option, the Moto G7 Play is a great way to go. However, despite being a part of the Moto G7 family, this device is a lot more similar to the Moto E5 Plus than the Moto G7.

The Moto G7 Play has the same 5.7-inch display as the older Moto G6 Play, though the resolution has been bumped up a bit to 1,512 x 720. You also get the same Qualcomm Snapdragon 632 processor found on all of the new Moto G7 phones, but backed by 2GB of RAM and 32GB of storage in this case.

You also get a 13MP rear camera, an 8MP front-facing camera, and a 3,000mAh battery, which should last a full day on a single charge. One nice addition to the Moto G7 Play is the availability of a USB-C port, which is definitely a rarity in the budget category. The Mogo G7 Play will set you back just $199.99. If you have a budget of around $200, the Moto G7 Play is one of the best cheap phones you can buy.

The Blu Vivo XI is a worthy and slightly cheaper alternative to the Moto G7 Play. You get a slightly larger display, more RAM (3GB), the MediaTek Helio P22 processor, and a 16MP rear shooter. Priced at $169, the Blu Vivo XI is another excellent device under $200.

These are our picks for the best cheap phones rocking Android. Do you agree with our list, or want to see some of them removed and replaced with others, and why? Let us know in the comments! 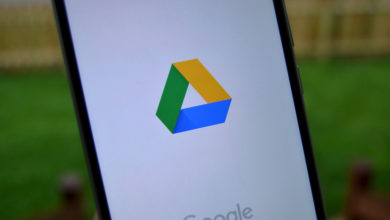 10 best offline apps for Android for when your Internet crashes!