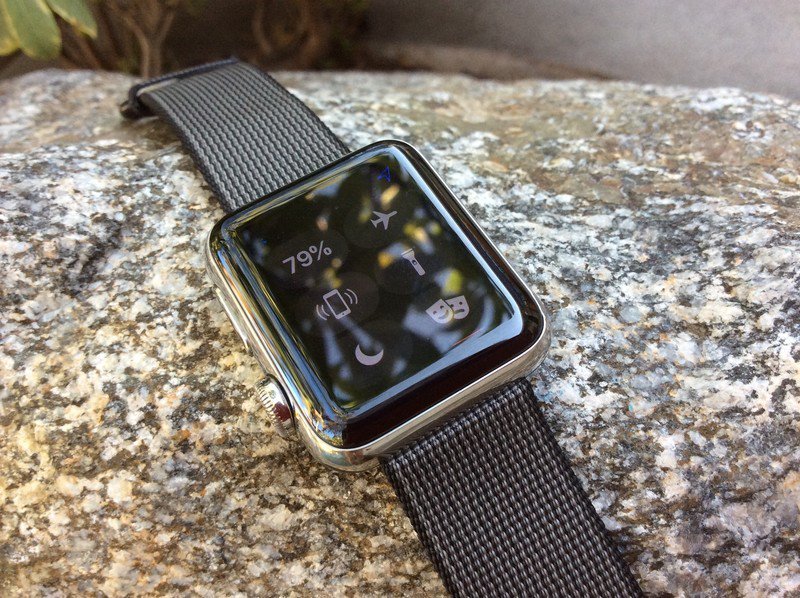 Best Answer: Without your iPhone, your Apple Watch (Series 0, 1, 2, 3, or 4 models) can still do the following: track workouts, track activity, see the time (also able to use Alarm, Timer, and Stopwatch apps), play music from a synced playlist, display photos from synced albums, make purchases with Apple Pay, check heart rate, use the Breathe app, and listen to podcasts stored on Apple Watch. If your iPhone is off or out of range, the Apple Watch can still connect to known Wi-Fi networks and do several other features.

No iPhone? No problem!

There will be times when you’re away from your iPhone, such as going to an event that doesn’t allow cellular phones, forgetting it at home, or if you just want less to carry on a hike or run. Even then, your Apple Watch is capable of a lot of things.

The first thing that it can definitely do without your iPhone around is to tell time. It’s a watch, after all, and you’ll still be able to tap on the screen or raise your wrist up to see the time. Heck, you can even use the Alarm, Timer, and Stopwatch apps without an issue.

For Series 0 and Series 1 owners, the Apple Watch will only be able to store heartbeat, calories, and basic workout information since there is no on-board GPS. Series 2, Series 3, and Series 4 owners get GPS with their workout data, and Series 3 and 4 have a built-in altimeter, so it has elevation info.

The Apple Watch is capable of Apple Pay, so if you’re out and about without your wallet or iPhone, you can still pay for things at businesses that accept Apple Pay. All of your cards that are in Apple Wallet get a unique token on the Apple Watch, so you don’t need your iPhone around to use them. Just make sure that you added your Apple Pay cards to your Apple Watch first. This also applies to gift cards, boarding passes, and other cards in your Apple Wallet.

If you have some playlists in the Apple Music app that you want to take with you on the Watch, you can sync them to your Apple Watch through the Watch app. These tracks get downloaded onto your Apple Watch’s onboard storage (when it’s connected to power and placed near your iPhone), and these tracks are available to play on your Watch, even when your iPhone is out of range. If you have an Apple Watch with Cellular, then you can also stream tracks directly from Apple Music’s catalog of over 40 million songs, or even radio stations. This also applies to the Podcasts app, as you can listen to episodes of podcasts that have been downloaded onto the Apple Watch.

Even though the Apple Watch got more screen with the Series 4, it’s still not the optimal way to view photos. But if you’re sans iPhone, then the Apple Watch screen just has to do, right? Fortunately, you can sync one album from your iPhone with up to 500 photos, so you can take your favorite photos with you to show off to others.

You say my Apple Watch can connect to Wi-Fi?

That’s correct. If your iPhone is just too far away, your Apple Watch can still connect to known Wi-Fi networks, as long as you’ve been there before with your iPhone. The only exception to this is when the Wi-Fi network or hotspot requires a secondary authorization before you connect since there’s no way to interact with these screens or input passwords on an Apple Watch.

But standard home Wi-Fi networks, for example, should be fine, as long as you’ve connected to it before with your iPhone. This feature isn’t always 100 percent reliable, but if it does work, you’ll see the Wi-Fi symbol highlighted in blue in the Control Center for your Apple Watch.

When your Apple Watch is only connected via Wi-Fi, it can do a few more cool things.

Since you always need a data connection to use Siri, the feature is available if your Apple Watch is just on Wi-Fi. You can use Siri on Apple Watch to get directions, send iMessages, and more.

If the Apple Watch has a Wi-Fi connection, you’re able to send and receive iMessages and SMS, along with making and taking phone calls.

Check the weather and stocks

Worried about the weather? With a Wi-Fi connection only, your Apple Watch should have no issue with getting the current temperature for you, along with the forecast. And if you’re into the stock market, you can check how your favorite companies are doing in the Stocks app.

For those who are invested into the HomeKit ecosystem and have several different HomeKit enabled devices at home, you can control them all right from your Apple Watch sans iPhone, as long as you’re on the Wi-Fi connection. Just launch the Home app and turn off or on what you need.

Use standalone apps with Wi-Fi

There are many Apple Watch apps that are fully functional on the watch, without your iPhone. And if they require an Internet connection to work, well, they should have no issue if it’s just on Wi-Fi and not tethered to your iPhone.

“Hey Siri, remind me to pick up some milk.”

As long as your Apple Watch is on Wi-Fi, you should be able to tell Siri to remind you to do things that you may otherwise forget. You may not have your iPhone with you all the time, but if you have Wi-Fi, then it’ll help you remember those small things before they slip on by.

Chat with friends with Walkie-Talkie

Apple recently added a Walkie-Talkie feature in watchOS 5, so you can instantly send voice recordings to friends who also have it enabled. As long as you’re on a Wi-Fi connection on the Apple Watch, just push the button to talk, then release to listen for their reply.

Wow! The Apple Watch is pretty capable without the iPhone

That’s right! The Apple Watch can still do plenty of things even while it’s away from your iPhone, so it’s nice that it doesn’t always need the iPhone around to get functionality out of it. And while you can get the Apple Watch connected to Wi-Fi, this only works if your iPhone was previously connected to that network. But if you have a Cellular Apple Watch, it can pretty much do everything without your iPhone, since it has its own data connection.

More than just a fitness tracker

The Apple Watch is a lovely wearable that does it all. You can get notifications, send and receive messages, make and take calls, use Siri as a digital assistant, track health activity and workouts, and more. Even without your iPhone around, it’s quite a capable beast.