The OnePlus 7 Pro is now official, alongside the smaller standard variant, the OnePlus 7. While a lot of people will probably find themselves drawn towards the standard model that’s not available in the U.S., a big portion of OnePlus’ audience is power users who will be more interested in the Pro.

If you’re a power user reading this article, you’re probably wondering whether the OnePlus 7 Pro is worth the upgrade over the previous models. The new model is definitely pricier than previous OnePlus devices, and since it sports the title of Pro, does it actually bring value worthy of your $669? 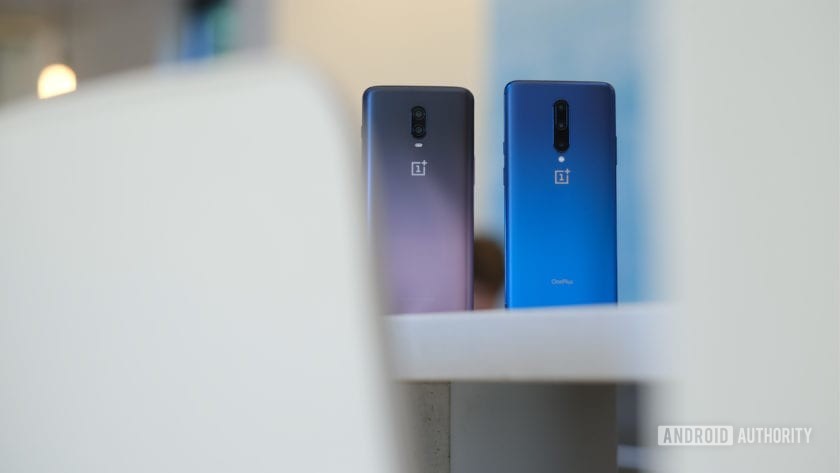 The OnePlus 7 Pro is the newest device from the company, and it’s also the most expensive. As an upgrade from the OnePlus 6T, it adds a bigger, higher resolution display with a faster refresh rate, three cameras in the rear, and a pop-up selfie camera. It lacks the fantastic battery life of the 6T and the headphone jack in the 6, but there’s no doubt the new OnePlus 7 Pro is the most refined device OnePlus has ever made.

OnePlus is still planning to sell the OnePlus 6T, so if you don’t care for the bigger display or pop-up camera and still want better battery life, this is still a decent option. If you really want that headphone jack, you can nab the OnePlus 6 for even cheaper, but you’ll have to find it from a third-party seller.

With every iteration, OnePlus seems to step up the build quality of its smartphones. The jump in caliber from the OnePlus 5 to the OnePlus 6 felt like a quantum leap in design and overall value, and the OnePlus 7 Pro is no doubt different from that of the OnePlus 6 and 6T. This new design will no doubt be controversial, especially due to the new pop-up selfie camera and curved display. There’s no denying this is a brand-new form factor for the company.

https://www.youtube.com/watch?v=Kr6baqZG3aY Update – December 31 – The OnePlus 6T McLaren Edition has launched, which has a black carbon fiber design with McLaren’s signature “Papaya Orange” color around the rim, along with 256GB of storage and 10GB of …

The rear of the OnePlus 7 Pro features a new triple-camera array which looks similar to the dual camera setup offered by the OnePlus 6 and OnePlus 6T, just in an extended format. The back of the device looks a lot like the OnePlus 6T, with its signature glass design and branded logo, but the “Designed by OnePlus” emblem has been replaced with a simple “OnePlus” badge, which looks cleaner.

The OnePlus 7 Pro is still lacking the headphone jack found in the 6, so if that’s a necessity for you, you’ll have to hold on to your device. Unfortunately, OnePlus also isn’t offering a headphone jack dongle in the box this year, meaning you’ll have to go all-in on Bluetooth, buy a dongle separately, or purchase some USB-C headphones.

This is a really, really big phone.

The front is where you’ll see the biggest difference. The notch has been totally removed on the OnePlus 7 Pro in favor of a pop-up selfie camera, and notch haters will be happy to see this change. While the OnePlus 6 has the biggest notch of the three phones, it’s still small compared to some competitors, and the OnePlus 6T’s is even smaller with its waterdrop-style format.

OnePlus has also finally updated their device to QHD+ resolution, and it looks absolutely stunning. While the 1080p panels on the OnePlus 6T and OnePlus 6 look fine, this display is on a whole different level. The panel feels bright and immersive, and colors look saturated but not overly so. DisplayMate awarded the display an A+ rating, and I’m not surprised. It looks great.

The new panel is HDR10 and HDR+ certified, meaning you’ll be able to see a lot more dynamic range in content that allows for it. While there isn’t a ton of HDR content available for streaming quite yet, the certification means you’ll be ready for the future. OnePlus definitely wants you to experience this content though, as it’s bundled Netflix with the device out of the box.

HDR display technology: Everything you need to know

https://youtu.be/KZmGb0nRCfg High Dynamic Range (HDR) is a term that has been bandied about in the tech world for a long time now. We’ve seen it as a camera option that increases the depth of blacks and …

One of this biggest changes with the OnePlus 7 Pro comes in the form of a 90Hz display, meaning the device will refresh the screen 90 times per second instead of the standard 60. This leads to smoother animations and scrolling and really plays into the “fast and smooth” mantra that OnePlus tries to design its devices around.

The OnePlus 7 Pro can reduce screen brightness to just .27 nits. This is very nice if you’re using your device in a really dark area like your bedroom, and will help you not to blind yourself when turning on your screen.

From a RAM and storage perspective, the OnePlus 7 Pro maintains the same 6, 8, and 12GB options offered in the OnePlus 6T, but it’s the storage where the new device really shines. While 128GB and 256GB models made an appearance in the 6T, the old devices used UFS 2.1 storage, whereas the new OnePlus 7 Pro is sporting the much faster UFS 3.0 storage type. The OnePlus 6 wasn’t offered in a 12 GB RAM model and also used UFS 2.1 storage, so this is an even bigger upgrade if you’re coming from that device, though 12GB of RAM probably won’t impact performance versus 8GB on a daily basis.

Universal Flash Storage (UFS), the storage specification employed in smartphones, tablets, Chromebooks and more, is about to get even better. The JEDEC Solid State Technology Association has released the specification for UFS 3.0 (via AnandTech), …

The difference here is the Warp Charge 30 charger that’s included with the OnePlus 7 Pro. This charger was included with the McLaren edition of the OnePlus 6T, but otherwise, you were stuck with a standard fast charger. With 30-watt charging, you should be able to charge your OnePlus 7 Pro 38 percent faster than the standard OnePlus 6T and OnePlus 6, which is a pretty big benefit.

OnePlus says it’s using a new 10-layer liquid cooling system, which keeps the OnePlus 7 Pro from getting hot even when maxing-out performance. In the real world, the phone definitely still gets warm under load, but it’s not super hot like other devices we’ve tested. This certainly helps while gaming, and the phone stays cool while multitasking and under normal load. The previous devices didn’t get blisteringly hot either, but the new cooling system definitely works better.

The OnePlus 7 Pro doesn’t just have better camera quality than the OnePlus 6T and OnePlus 6, it also has more variation. While the former two phones used one main camera and a second sensor for depth sensing, the OnePlus 7 Pro has three cameras. There is one main 48MP sensor that uses pixel-binning to create 12MP images with better light-capturing ability; an 8MP wide-angle camera with a 117-degree field-of-view; and an 8MP 3x optical telephoto lens for clean images at a range.

The OnePlus 7 Pro offers a lot more versatility in optics.

In general, the camera quality is decent, and I’m a big fan of the level of sharpness and also color profile. OnePlus has never been known for their cameras, and while this remains true here, it’s a decent camera with a lot of versatility. Color is less saturated than most systems on the market, and images are a bit softer, but that doesn’t mean they’re bad. They certainly don’t look overprocessed, which I appreciate.

Take a look at these comparisons to see what I’m talking about.

Overall quality hasn’t improved substantially on OnePlus cameras, though I found the selfie camera on the OnePlus 7 Pro to be very good. If you want the extreme versatility of a wide, standard, and telephoto camera though, you’ll need to pick up the OnePlus 7 Pro.

You probably won’t notice a huge difference between the software on the OnePlus 7 Pro and the former two models, at least at launch. All three are running on the latest version of OxygenOS 9.0 based on Android 9 Pie, but the OnePlus 7 Pro does have a couple of small tweaks that make it unique.

The software is mostly the same as the OnePlus 6T. That’s not a bad thing. That’s a great thing.

The first is the addition of built-in screen recording, something users have been wanting for a while now. This is built into the quick toggle menu on the device and is extremely simple to use. It’s nice to see the feature make its way into OnePlus devices ahead of the screen recording feature built into Android Q.

The other software tweak is the addition of a new mode called Zen Mode. This will make your device inaccessible for 20 minutes outside of receiving and making emergency calls, and there is no way to back out of it. Even if you restart your phone you will still be locked into Zen Mode, and it’s made to help you focus on experiencing real life for a few precious moments.

Starting at $669, the OnePlus 7 Pro still offers quite a bit of value for the price. The 90Hz refresh rate, triple camera system and huge HDR display are definitively flagship features, but it does lack some true flagship specs like an official IP rating, wireless charging, and a headphone jack. These things can be found in a couple of devices near its price range, particularly the Samsung Galaxy S10e.

If you don’t care about having the latest processor, the OnePlus 6T is still a fine pickup, offering fundamentals a lot of users will be happy with, at a price only beat by devices like the Google Pixel 3a. If you need to have that headphone jack and want a slightly thinner phone overall, the OnePlus 6 is still amazing and runs on the same software found on the OnePlus 6T.

The OnePlus 6 can be purchased for under $500 nowadays and the 6T just got a price drop to $549. The new OnePlus 7 Pro starts at $669 for the same memory configuration. This price leap is staggering for OnePlus, especially since it’s known to only increase the price by $20-$30 each generation. That said, OnePlus is still offering the same flagship-level design and software as it always has, and general performance is just as good as it’s ever been.

If you’re looking to upgrade from the OnePlus 6 or OnePlus 6T, you can expect a bigger screen with a higher refresh rate, more versatile cameras, and better overall performance due to the new Qualcomm Snapdragon 855. For this price, I would have liked to see a 512GB storage option and wireless charging, but maybe we’ll see these features in the OnePlus 7T Pro.

Personally, I wouldn’t upgrade if owned either of these devices. The OnePlus 6 is still my favorite device the company has ever made, with a sleek design, accurate rear-facing fingerprint reader, and a headphone jack. The battery is about on-par with the OnePlus 7 Pro, but I still prefer the headphone jack and more compact design. The difference between the Snapdragon 845 and Snapdragon 855 shouldn’t be enough that you’d notice unless you were a heavy gamer, and you’ll save quite a bit of cash. If you’re on a OnePlus 6T, I would only upgrade if you really want that bigger, better display with the 90Hz refresh rate and triple camera system.

What are your thoughts on the OnePlus 7 Pro? Is it a worthwhile upgrade over the OnePlus 6 or OnePlus 6T? Are you buying one? Let us know in the comments below! 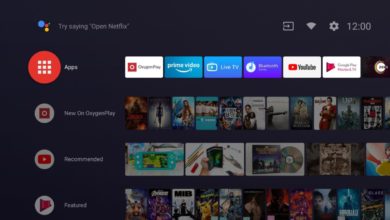