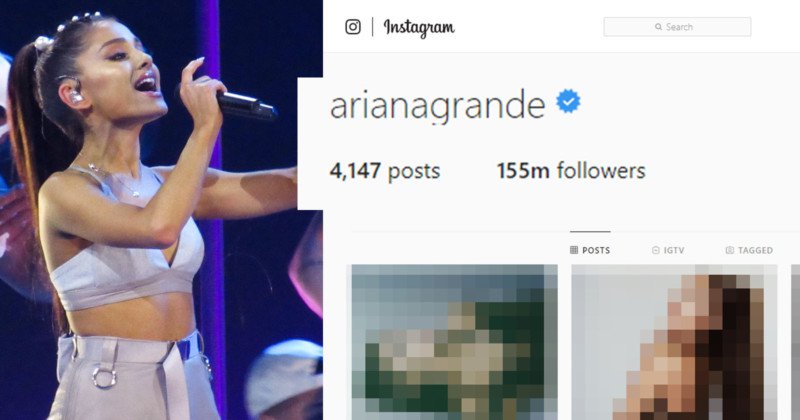 Ariana Grande made headlines a couple of months ago for striking back at “greedy photographers” with a concert tour photo contract that demands full copyright to photos. Now the singer is being sued by a photographer for posting his photos of her without permission on Instagram.

Back in August 2018, the 25-year-old Grande posted side-by-side photos of herself leaving a building while holding a bag displaying the word “Sweetener”, the name of Grande’s fourth studio album. The caption read: “happy sweetener day.”

But it turns out those photos were shot by New York-based paparazzi photographer Robert Barbera, who says Grande never asked for or received his permission to publish the shots.

Barbera just filed a copyright infringement lawsuit against Grande yesterday in the U.S. District Court for the Southern District of New York.

“[Grande] is not, and has never been, licensed or otherwise authorized to reproduce, publically display, distribute and/or use the Photographs.”

The photographer is demanding either $25,000 for each of the photos or profits Grande generated from posting it to her 154+ million followers on Instagram. The post had racked up at least 3,392,079 likes prior to being taken down, according to the lawsuit.

Khloe Kardashian and Jessica Simpson are among the several celebrities who have been sued in recent years for posting copyrighted photos of themselves to Instagram. It remains to be seen how this latest lawsuit against Grande pans out, but we’re guessing it won’t do much to heal Grande’s already-strained relationship with photographers.