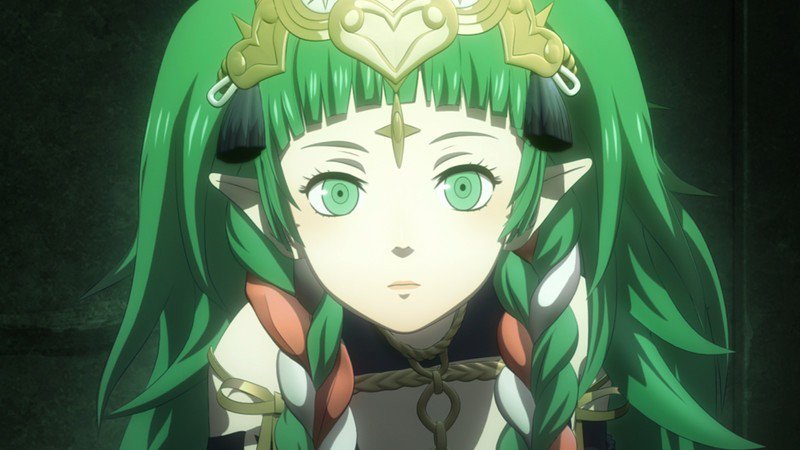 Fire Emblem hasn’t had a new release on a home console since 2007, but as the 3DS slowly fades out, it’s time to change that. Fire Emblem: Three Houses is on its way to the Nintendo Switch, bringing the beloved tactical RPG to Nintendo’s current star console and looking better than the series ever has.

Fire Emblem: Three Houses will certainly look familiar to anyone who has ever touched a Fire Emblem game, but the twist this time is that you play as a teacher for most of your allied unit soldiers, gaining an unprecedented level of customizability over how they level up, what classes they take on, and who they become as fighters. Use your role as a professor to your advantage to develop an army powerful enough to take on the threat to the kingdom of Fódlan and ensure years more of peaceful rule from one of three noble houses.

What is Fire Emblem: Three Houses?

Fire Emblem: Three Houses is the upcoming latest entry in the Fire Emblem strategy RPG franchise, and the first main entry on the Nintendo Switch. It features familiar mechanics you’ll recognize from the rest of the series, an entirely new cast of characters, setting, and plot, and a number of new features that will change the way you strategize to win your battles.

What is the story of the game?

You play as Byleth, a man or woman who is part of a mercenary group with their father. After a series of strange events, they are recruited to teach at a special academy for military officers at the center of the continent of Fódlan, in a city ruled by the church and directly in the middle of the continent’s three rival nations: the Adrestian Empire, the Holy Kingdom of Faerghus, and the Leicester Alliance.

As a teacher, you’ll take on a class of students, instruct them in battle, level them up, and guide them in the type of fighter you want each individual to become. Over time, these students will grow into powerful forces that will ultimately work alongside the main character as various conflicts threaten the stability of the three kingdoms’ initial peaceful co-existence. Furthermore, a mysterious young woman begins to appear before Byleth that only they can see, leading to a magical mystery that the protagonist will investigate as trouble unfolds around them.

As with previous Fire Emblem titles, there are effectively two different kinds of gameplay: battles, and outside battles. When outside battles, you’ll be able to explore areas, strike up conversations with characters, and make choices on how you interact with them in a visual novel style environment. These choices may affect their relationship with you as well as how the main story proceeds. You’ll meet the young leaders of all three houses in Fódlan, build trust with them, and spend time with them and others at lunch and in other locations around the school. You’ll also be able to throw in your support with one of the three noble houses: The Black Eagles, The Blue Lions, or The Golden Deer.

In battles, you’ll control all allied units in a turn-based, tactical fight. You can select units, move them around the map, interact with different structures or features or other characters, and attack enemies. Each unit will have a different class that will determine how far they can move and over what types of terrain, and this will also determine the kinds of abilities they will have as they level up. Certain classes are better against others, and some have advantages such as being able to fly over tall obstacles or hit enemies from a distance.

What new features distinguish this from other Fire Emblem titles?

Unlike previous Fire Emblem games, characters are not locked into a specific class when you receive them. Instead, as a teacher, you can instruct your students in the class you want them to become, and even reclass if you don’t like how things are going. Another teaching feature is that you can “tutor” students to increase their skills in weapons, magic, and healing, as well as help them obtain special unit typings such as cavalry, armor, and flight.

Weapon durability returns in Three Houses after a hiatus, meaning you’ll need to keep a close eye on how much you use certain weapons and make sure to repair them or replace them before they break entirely. You don’t want to be wandering around in the middle of a climactic battle with a useless, shattered sword!

In battles, small armies of units now join each individual fighter to make fights look more like a proper war than a tiny skirmish. It’s just a visual change, but it’s an effective one!

Two new classes have been added to this game: Noble, and Commoner, for a total of 14 classes.

What classes of characters are available?

Here is a list of all classes in Fire Emblem: Three Houses

Fire Emblem: Three Houses is planned for launch on the Nintendo Switch on July 26, 2019.

Improve your Apple TV gaming experience with this gaming Controller!