There was a time when prepaid plans were reserved almost exclusively for young people and often the “credit challenged.” After all, prepaid phone plans were generally less impressive than carrier plans, with too many restrictions to make them appealing, and prepaid phones were just a small step better than utter garbage.

Thankfully, this situation has been flipped on its head in recent years. Nowadays, prepaid phone plans actually tend to offer the best value for consumers and generally share many of the same perks you’d find with a traditional “postpaid” plan. The selection of phones has equally improved, with prepaid networks offering at least a few flagship options and plenty of respectable mid-range and entry-range devices. There’s also the ability to bring your own unlocked phone to a number of prepaid carriers, unlocking even more possibilities.

Looking for full lists of the best prepaid phones for a specific network? We have those too! Check them out below:

For those that would rather go unlocked and bring your phone to a compatible GSM network, you’ll also want to take a look at the following lists:

Editor’s note – We will be updating this list as more devices hit the market.

OnePlus may not make great mid-range phones anymore, but even with its higher cost, the OnePlus 7 Pro still packs in high-end hardware for a price that’s still well below the competition. It has a huge, and nearly bezel-free, 6.67-inch 3,120 x 1,440 resolution AMOLED display, with 90Hz and HDR 10+ support, along with a 19.5:9 aspect ratio. Inside, the phone packs in the Qualcomm Snapdragon 855 processor, and you can purchase it with 6GB of RAM and 128GB of storage, or you can upgrade to either 8GB or 12GB of RAM, combined with 256GB of storage.

OnePlus has struggled with its cameras in earlier phones, but for the OnePlus 7 Pro, it has put in a triple rear camera setup, with a huge 48MP main sensor, an 8MP telephoto lens, and a 16MP ultra wide angle camera. It also has a 16MP pop-up front-facing camera for selfies. It’s certainly the best camera setup ever put in a OnePlus phone.

Other features of the OnePlus 7 Pro include an improved in-display fingerprint sensor, stereo speakers with Dolby Atmos support, a 10-layer liquid cooling system, RAM Boost to put in more memory for apps that need the performance, and a 4,000mAh battery that you can charge up to 50 percent in just 20 minutes with its Warp Charge 30 charger.

While there are a couple of features we wish were included (the OnePlus 7 Pro lacks an IP waterproof rating and a a 3.5mm headphone jack), the OnePlus 7 Pro still packs in a ton for the money. You can get the pre-paid no contract version direct from the company for as low as $669 for the 6GB RAM/128GB storage model, or you can spend just $80 more to get the 12GB RAM/256GB storage model for $749.

The Samsung Galaxy S10 offers perhaps the best value among the several Galaxy S10 models that were released this year. It has a 6.1-inch AMOLED display, support for up to 512GB of onboard storage, the Snapdragon 855 chip, excellent camera, plus it has an IP68 waterproof rating and a headphone jack. However, the starting price of the phone is higher than the highest OnePlus 7 Pro for prepaid no contract customers at $899.99.

If you want a pure Android experience, and the best camera you can get in a smartphone, along with high-end processors and other hardware, the Google Pixel 3 XL is the way to go. You can get the pre-paid no contract version direct from Google starting at $899.99.

After years of making and selling flagship phones, Google finally decided to jump back into the mid-range market with the Google Pixel 3a and 3a XL. The biggest plus for both phones is that they have the same 12.2MP dual-pixel rear camera that’s found on their more expensive brothers, the Google Pixel 3 and 3 XL. If you love to take pictures, these phones will give you the best experience for the money.

The other hardware specs are more in line with the prices of these phones. You get a 5.6-inch gOLED display for the Pixel 3a, and a 6-inch screen for the Pixel 3a XL. Both share the same processor (Qualcomm Snapdragon 670) the same RAM amount (4GB) and the same storage (64GB). You also get an 8MP front-facing camera, and a pure Android 9 Pie OS. You even get a headphone jack. The Pixel 3a has a 3,000mAh battery while the Pixel 3a XL has a much bigger 3,7000mAh battery that should last you quite a while.

Best of all, people looking for more affordable pre-paid no contract phones will find that the Google Pixel 3a starts at just $399 directly from the company, while the Pixel 3a XL starts at $479. Both offer excellent value for the money.

Do you want the best gaming smartphone you can currently buy? Then the Razer Phone 2 is for you; it’s fast, it has a 120Hz display and Razer has cut the price down to just $499, which is an absolute steal for this handset.

Not only is this phone an excellent device to get on its own, you can also add to its features with the various Moto Mods that are available for the phone. You can expand its battery life, add new camera features and more, all for under $500 (or even less during Motorola’s many promotions).

The Moto G series have always offered solid hardware inside smartphones for low prices, and the Moto G7 Play is no exception. The 5.7-inch screen offers plenty of space for content, and inside you have a Qualcomm Snapdragon 632 processor, 2GB of RAM, and 32GB of storage. You also get a 13MP rear camera, an 8MP front-facing camera and a 3,000mAh battery that should last for well over a day on a single charge. All of that is inside a phone that can be used with all of the major U.S. carriers, including all the pre-paid ones, for the price of just $199.

If you want to spend just $50 more to get an even bigger 6.2-inch phone, and a much larger 5,000mAh battery that could last as long as three days on one charge, you should check out the Moto G7 Power for the price of $249. If having a better camera is a priority, you can spend $100 more on the Moto G7, with its dual 12MP rear cameras, along with its AI-powered photo assistants. Even then, the price is still $299.

Not only do you get solid hardware for the low price of just $210, or even lower, the Nokia 6.1 is an Android One device, which means it not only runs on a near stock version of Android, but it will get steady updates until at least mid 2020.

That’s it for our roundup of the best pre-paid no contract phones. What’s your pick? 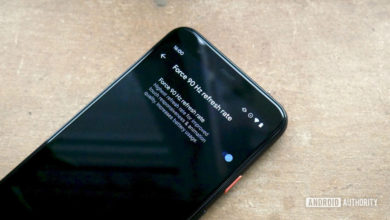 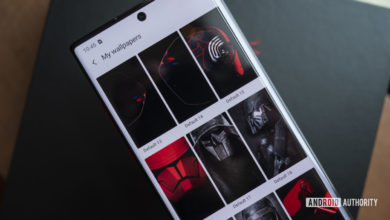