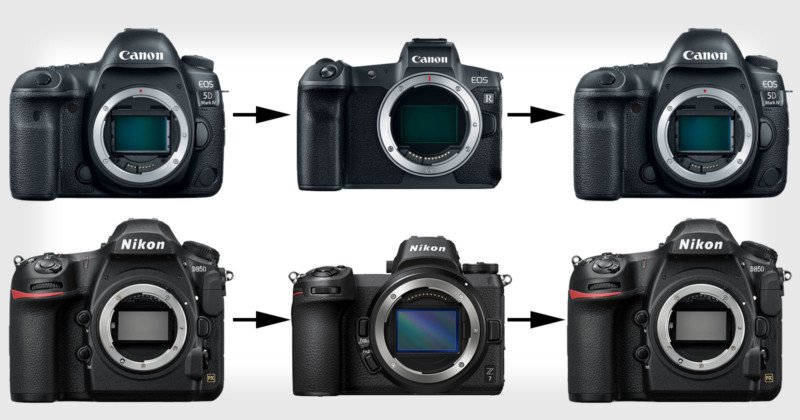 Camera brands have been shifting their attention from DSLRs to mirrorless cameras, with Canon even reportedly deciding to focus entirely on launching RF mirrorless lenses in 2019 with zero EF announcements. But Ricoh isn’t convinced the trend will last — it believes some mirrorless shooters will soon return to the DSLR.

Imaging Resource recently sat down to interview executives at Ricoh, the company behind Pentax, and the execs shared why Ricoh doesn’t have any plans to jump into the mirrorless camera race.

“Currently, mirrorless is a newcomer, so of course many users are very interested in the new systems, they want to use [them],” Ricoh marketing general manager Hiroki Sugahara tells Imaging Resource. “But after one or two years, some users who changed their system from DSLR to mirrorless come back to the DSLR again.”

“I believe [it],” Sugahara continues. “Because as I said before, each system has its own benefits or appealing points. The mirrorless camera is very convenient to shoot, because users can [preview the final] image before shooting. But I believe the DSLR has its own appealing point, because users can create their own image from the optical viewfinder.

“People can see the beautiful image through the optical viewfinder, and then think how they can create their pictures — for example, exposure level setting or white balance or ISO [sensitivity] — and then imagine how they can get [the result they’re seeking].”

“So the DSLR market is currently decreasing a little bit, but one year or two years or three years later, it will [begin] getting higher. […] [Photographers] have lenses for DSLR, so they can come back to DSLR easily. They can just buy a new DSLR body, and then they can easily come back to the DSLR system.”

So basically, Ricoh believes that mirrorless is the current fad in the camera industry, that the ongoing decline in DSLR sales will be short-lived, and that DSLR will soon be making a significant comeback as photographers “see the light.”

(via Imaging Resource via Photo Rumors)

This Company is Giving Away 100,000 AI-Generated Portraits for Free