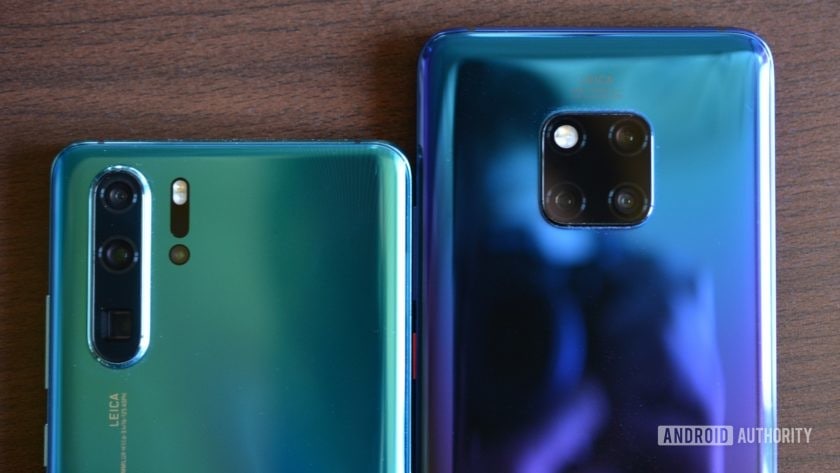 That’s at least a staggering 300-percent increase over the years and enough to catapult Huawei to second place. However, things quickly changed when Google announced that it will comply with the U.S. government and cut off business ties with Huawei.

Read more: Should you buy a Huawei device right now?

With Huawei’s momentum in danger of coming to a screeching halt, the company received good news in the form of a temporary license. Also, Huawei announced that it’s “working closely” with Google on a solution to its ongoing dilemma.

That said, Huawei isn’t out of the woods yet. There’s still a possibility that the company’s cloudy future will only worsen as relations between the U.S. and China continue to deteriorate. Can Huawei’s smartphone business remain as strong as it is now?

Apart from some sort of resolution between the U.S. and China, the only light in the tunnel seems to be Huawei’s Android alternative. It’s not as if Huawei was completely surprised by the situation during the last week — the company seemingly sensed that a day like today would arrive at some point and reportedly started work on an Android alternative seven years ago.

That work only continued as Huawei faced pointed accusations from governments around the world. Just last year, Huawei said it would raise its research and development budget to between $15 and $20 billion.

It’s normal to think that seven years of software engineering and increasing budgets would lead to a serviceable Android alternative.

What we know about Huawei’s plan B for mobile

Also tipping things toward Huawei’s favor is the company’s mobile OS reportedly able to natively run existing Android apps. Huawei even reportedly boasted that Android apps on its mobile OS could potentially run up to 60 percent faster than they would on Android.

Even such optimistic language is tempered when you think about the logistics of Android apps on a non-Android platform. Developers would need to recompile their apps to be compatible with Huawei’s mobile OS. It might not be worth it for them to carry out such work with Huawei’s future prospects now up in the air.

Perhaps Huawei can be an outlier.

Also, Huawei will reportedly team up with alternative app store Aptoide to distribute apps. Even though Aptoide has over 900 thousand applications, general consumers might not feel comfortable enough to use it over other options that feature the Play Store out of the box.

Thus, we get to the main problem: getting people to buy into using and enjoying Huawei software. Most of the world depends on Android to get their work done, to enjoy the Play Store ecosystem, to get Google services on the go. Without any official access to Android, people are unlikely to forgo the world’s most popular mobile OS and flock to something new.

Look no further than Tizen, which Samsung has pushed on its smartwatches and a very small number of its phones over the years. Tizen didn’t start out hot and continues to be a footnote in the face of iOS and Android’s dominance.

Perhaps Huawei can be the outlier and succeed where others failed. After all, the company continues to remain at the top in China and has maintained its top status in the country for years. However, getting to that point might require more than Huawei just relying on itself.

If there’s anything that can keep Huawei’s smartphone business strong, it’s China.

Even though Huawei reportedly has three months of supplies stockpiled, moves made by the U.S. government and various U.S. companies mean that Huawei can’t rely on outsiders to carry on with its business. As such, China might double-down on efforts to develop its own processors, design tools, manufacturing equipment, and technology standards.

This could lead to a technology cold war.

China might even provide industry subsidies to make homegrown alternatives more viable. The country has more than enough capital to throw money at the problem and eventually emerge as a real contender to the U.S. and its dominance in the technology space.

All of this could lead to some sort of technology cold war, one in which the U.S. and China go tit-for-tat with new advancements and developments. We could see new mobile technologies developed in a relatively short amount of time, but at the cost of increased isolationism between the U.S. and China.

Then there’s the elephant in the room that I haven’t talked in detail about yet: Google.

Even though Android is meant to be “open source,” we’ve seen over time that any “Android” phone without Google services isn’t a viable option. That serves to fuel the European Union’s argument that Google ties Android’s value to the company’s apps and services a bit too tight. As such, Google has indirect control over how well or poorly the market receives a device.

It’s scary how a large company can turn into an afterthought overnight based on a Google-made decision.

As Android Central‘s Andrew Martonik compellingly argues, this serves as a great case-study for what happens when you separate everything Google from open-source Android.

Update #2, July 18, 2018 (09:33AM EST): In an update on the Google Blog, CEO Sundar Pichai has announced Google will appeal against its 4.34 billion euro fine it received earlier today. Pichai outlined several arguments …

Time will also tell if politicians from other regions take notice of Google’s influence. It’s scary to think that a company as large as Huawei can be turned into an afterthought in major markets outside of China, all because of another company’s actions.

It’s that fear, and reality, of Google’s manipulation of Android and its market dominance that led to the company being fined billions of dollars for abusive practices. It’s also what led India to possibly impose antitrust violations against Google.

I recognize that Huawei has a significant uphill battle ahead of it. To make any Android alternative a viable option in areas outside of China is close to a Herculean task.

Read more: What does the Huawei ban mean for your Huawei or Honor phone?

However, it would be foolish to completely cast doubt on Huawei’s fortunes. The company is extremely popular in China, and the country might not hesitate to throw as much money into improving its position in the technology space.

Huawei is also confident that the U.S. sanctions will not affect its core business. The company also said it’s still able to continue providing products and services to customers. It helps that the company might have a stockpile of components from U.S. suppliers.

I hope things eventually improve. Huawei smartphones are genuinely some of the best out there, and to no longer be able to fully recommend them is a shame. That said, if any company has a remote chance of remaining competitive without Android, it’s Huawei. 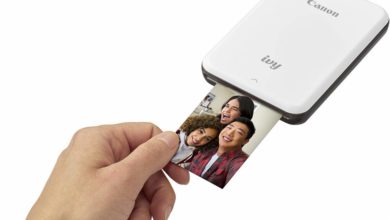 Print your shots in seconds with the Canon Ivy Printer

Are you buying the Pixel 4, Pixel 4 XL, or neither? (Poll of the Week)