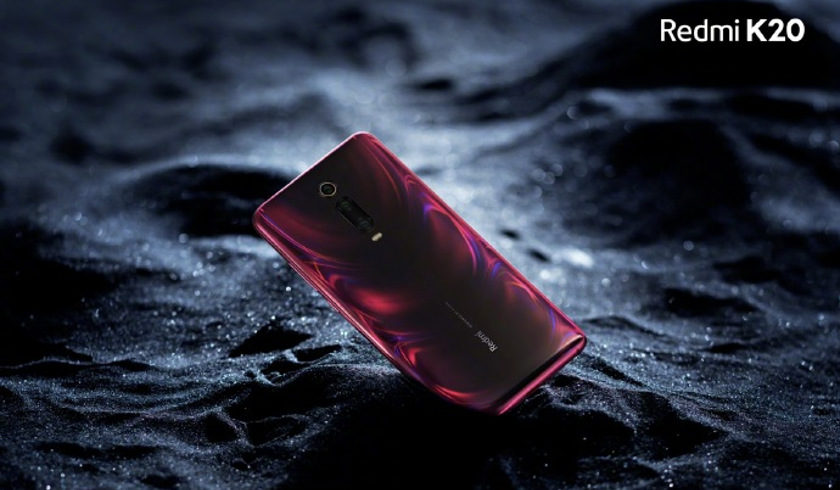 Over the past few weeks, we’ve seen a lot of rumors and teases about the upcoming Xiaomi Redmi K20 — many of which came directly from Redmi/Xiaomi itself. As such, we already have a pretty good idea of what the device will look like and what kind of specs it will have.

To save you the time of hunting around to find all this rumored info, we’ve collected the most credible details below! This can be your one-stop-shop for all things Redmi K20.

Feel free to scroll to the bottom and hit up the comments with your thoughts on the latest “flagship killer” from Xiaomi and Redmi.

Redmi posted on its official Weibo account that we can expect the launch of the Redmi K20 on May 28. The launch event will happen in China. As usual, after the China launch, we will likely see the device launch in other countries, including India. These secondary launches will likely happen in June.

The Redmi K20 launch event is scheduled for May 28.

Outside of China and India, we know very little. There is a rumor that the K20 will be rebranded as the Pocophone Poco F2 in other countries — however, the credibility of this rumor is very thin.

Once the phone launches in China on May 28, we will have a much more solid idea of which countries the device will land in and when we will see it land.

We got our first official glimpse at what the Redmi K20 will look like on May 23 via Redmi itself. The company posted a photo to its Weibo account of the device in a stunning red color.

Check out the image below:

The image confirms several things about the K20, the biggest of which is the presence of a triple-lens camera on the rear. We know for certain that the main lens for that camera setup is the Sony IMX 586 sensor with a 48MP resolution. However, the other two lenses are a mystery for now.

Xiaomi turned the cost-effective Redmi range into its own sub-brand a few months back, and the firm has been hard at work on its first flagship. Now, the brand has teased a few details about …

Finally — and this is obvious — the image also confirms a red colorway for the device. We can likely expect other colors at launch but red is the only one we know of so far.

Expect a notch-less display, a pop-up selfie cam, and a triple rear camera.

Not long after we saw the official image above, we saw a new exclusive image from MySmartPrice (via Ishan Agarwal) which gives us a clearer look at the device in the same color. Check it out below:

Elsewhere, we’ve learned from rumors and teases that the Redmi K20 will have a notch-less, all-screen front. This is possible due to the pop-up selfie cam, similar to what we’ve recently seen on the OnePlus 7 Pro.

We have also heard rumors that there could be two versions of the K20: the Redmi K20 and the K20 Pro. So far, it appears the two devices will be relatively the same as far as design goes, with the real differences being internal hardware specs. Read on to learn more about that!

Redmi has been dropping hints about the internal hardware specs of the K20 at a relentless pace over the past few weeks. As such, we know pretty much everything there is to know at this point.

We know for certain that the phone will come with the latest Qualcomm Snapdragon 855 chipset, the same processor in most major 2019 flagships, including the Samsung Galaxy S10 and the OnePlus 7 Pro.

Expect a Snapdragon 855 chipset, an in-display fingerprint sensor, and a 4,000mAh battery.

We also know for sure that the device will have a 4,000mAh battery, once again the same size battery as contained in the OnePlus 7 Pro (noticing a trend here?). According to Chinese certifications, the two K20 devices — the vanilla and the Pro — will have two different charging speeds. The vanilla K20 is expected to have 18W fast charging while the Pro will have 27W fast charging.

Finally, we are certain that the device will have an in-display fingerprint sensor. Reportedly, it will be a seventh-generation optical sensor that features a 15 percent larger scanning area and is 10 percent faster at unlocking relative to the previous generation.

For as much as we know about the Redmi K20, the price is the thing we know the least about. Redmi is a sub-brand of Xiaomi and both companies focus on creating bleeding-edge smartphones for low prices. As such, we can go ahead and assume the device won’t be incredibly expensive.

The Redmi K20 will likely be the cheapest smartphone on the market with a Snapdragon 855 processor.

With specs like these, though, it’s also a good bet the Redmi K20 won’t be cheap. It’s possible that the Redmi K20 will be relatively affordable while the K20 Pro will go all out and become Redmi’s most expensive flagship yet.

We are relatively certain that either way, the Redmi K20 Pro will likely be the cheapest device on the market with a Snapdragon 855 processor. Just how cheap though, we’re not sure.

Luckily, we only have until May 28 to find out!

What do you think about the Redmi K20? Let us know in the comments below! Also, feel free to check out our other coverage related to the device:

Get the CX1 True Wireless Earbuds for better than half price

OnePlus drops OnePlus 7 into bucket of water, even without IP rating