Samsung is taking its time bringing the Galaxy Fold back to market. And frankly, that’s probably for the best. The Note debacle from a few years back was an important lesson about what happens when you rush a product back to market. That one resulted in a second recall — PR nightmare upon PR nightmare.

With a release date still very much in limbo, Best Buy has sent notes to those who pre-ordered the Fold. Spotted by The Verge, the letter has since been posted to Best Buy’s support forum. It cites “a plethora of unforeseen hiccups,” (fair enough) adding, “Because we put our customers first and want to ensure they are taken care of in the best possible manner, Best Buy has decided to cancel all current pre-orders for the Samsung Galaxy Fold.

The letter goes on to assure customers that the big-box retailer is “working closely with Samsung” to help deliver the product to customers. At the moment, however, their guess on the time frame is as good as ours.

Recent reports have suggested that an announcement was imminent, with the company having solved design flaws that had reviewers peeling off screens and getting debris jammed in the holes of the folding mechanism. More recent reports gave the product a June 13 release date, but that, too, appears to have been scrubbed for the time being. 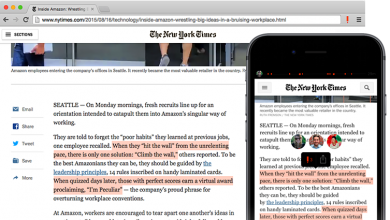 Trump calls for 6G cellular technology, because why the heck not?