Did Apple finally do something about its keyboard problem?

Not long after Apple announces a new product, the folks over at iFixit get to work on a teardown of Cupertino’s latest device. On Friday, the team released its first look at the 2019 15-inch MacBook Pro, revealed earlier this week.

The 2019 15-inch MacBook Pro is very similar to last year’s model, which was launched just 10 months ago in July. The most critical change, besides the updated internals available, is the introduction of new components for the device’s butterfly keyboard. This time around, Apple has changed the material it uses for the internal keyboard mechanism.

Apple has been dealing with problems with the butterfly keyboard in recent years. Specifically, many users have reported dealing with broken or sticky keys. To resolve this, Apple has recently extended its Keyboard Service Program to include every machine that has a butterfly keyboard, so they’re covered at no extra charge. Apple’s also promising to speed up keyboard repairs for those users.

So did Apple fix the keyboard?

It will take some time before we know for sure whether the latest butterfly keyboard is a success. According to iFixit, there’s a new silicone membrane that goes with a latest butterfly mechanism. Where last year’s transparent switch cover material was described as “semi-opaque, somewhat tacky, and feels like silicone,” the 2019 model is “clearer and smoother to the touch.”

To confirm there’s been a change, iFixit analyzed the material using a Fourier Transform Infrared (FTIR) spectroscopy. The device works by shining infrared light at the material and measuring how much light is absorbed and at what wavelengths. This data acts like a fingerprint that can be used to identify the content. In this case, iFixit has determined the material on the 2019 MacBook Pro is polyamide (commonly known as nylon).

The folks at iFixIt have also determined the metal dome switch for each key might have also been changed, but more tests might be necessary to confirm this.

Best guess as to their composition: ferritic stainless steel, with a thin polymer coating on the bottom. The difference in surface finish from the 2018 version (left) to the 2019 (right) indicates Apple may be using a revised heat treatment, or alloy, or possibly both.

The bottom line: Apple has probably made changes to the butterfly keyboard on the new MacBook Pro. However, only time and customer usage are going to tell us if the new components are an improvement. It should be noted the 2019 MacBook Pro is already on the list of computers supported by the Keyboard Service Program. At least we know whatever keyboard problems pop up will be addressed for free.

We’ll continue to follow this story and let you knew if more information is uncovered. In the meantime, be sure to leave your comments on the issue below.

Early access for Elder Scrolls Blades is live, here is our beginner’s guide 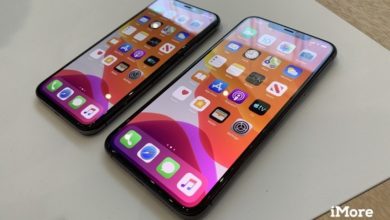 How to record a FaceTime call on your iPhone or Mac