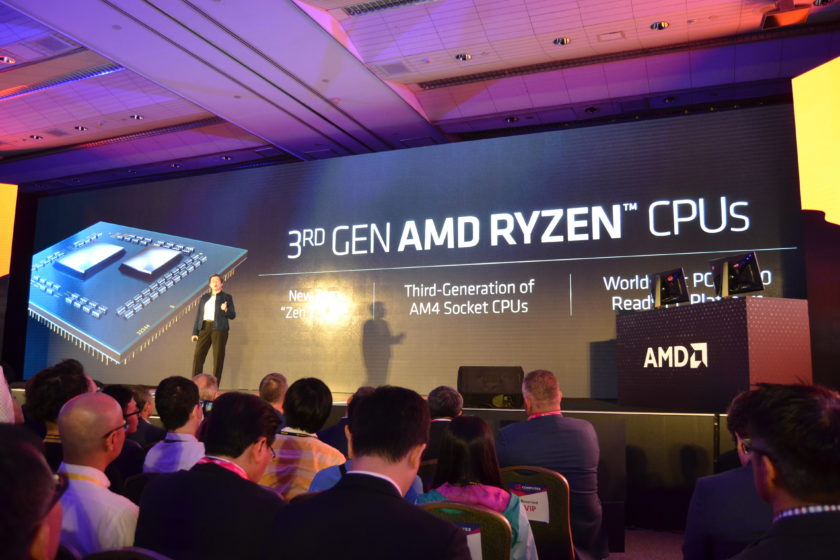 Today AMD kicked off Computex 2019 by leading the trade show’s official opening keynote for the first time. Just in time for its 50th anniversary, AMD announced significant jumps for both its Radeon and Ryzen product families.

As promised, AMD has now fully taken the veil off its 7nm CPUs. The new chips are based on the Zen 2 architecture while still maintaining full support for older AM4 motherboards. However, if you have a newer X570 motherboard you will get the advantage of PCIe 4.0 support.

The Ryzen 3000 series had a variety of different chip models across the Ryzen 5, 7, and 9 families. The most exciting of these is easily the Ryzen 9 3900x, the first mainstream 12-core processor. The Ryzen 9 3900x boasts a clock speed of 4.6GHz with a base clock of 3.8GHz and packs 70MB of cache. On stage the chip was pitted against the i9-9920X. AMD’s chip seemingly offered very comparable performance, despite costing much much less than the $1,199 Core i9 processor.

What makes that even more impressive is it bears a comparatively low price of just $499. The entire Ryzen 3000 series is actually priced quite aggressively, as you can see in this chart below:

The Ryzen 3000 family seems like a major step forward and one that makes us wonder if Intel should be at least a little bit scared, despite the latter company’s status as king of the CPU market.

The latest Ryzen processors will arrive on July 7th, so if you were thinking about building a new gaming PC you might want to wait a bit longer.

While AMD’s Ryzen announcement had us the most amped, the new Radeon RX5000 series is also worth getting excited about. As expected, the new series is based on the 7nm Navi architecture and has a new gaming engine dubbed Radeon DNA. Think of RDNA as sort of to Radeon what Navi is to Ryzen — it’s the core that makes everything possible.

The RX5700 will be the first graphics card in the new series, which of course is PCIe Gen 4 enabled and designed to compete with NVIDIA’s 2070.

On stage, AMD showed the GPU off by testing both with the game Strange Brigade. According to the tests the RX5700 performed around 10 percent better. Keep in mind these tests are usually done in ideal circumstances, but it certainly makes the RX5700 seem promising.

The Radeon RX5700 should go on sale sometime in July, though pricing remains unknown. AMD promised to reveal more about it at E3 so we should have more details fairly soon. 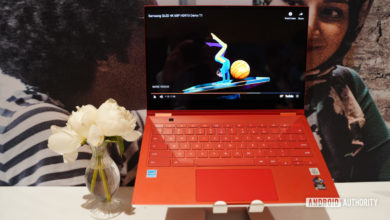 Google I/O 2019 keynote: How to watch, start times, what to expect