Writing app Ulysses has been updated with a few nifty feature additions. On the iPad, you can now split the editor into two side-by-side editors — this feature alone opens up a lot of possibilities. Ulysses also now supports the option to publish your writing directly to a Ghost blog.

Ulysses is currently available on macOS, the iPad and the iPhone. It’s a Markdown editor with a library of texts that automatically stays in sync across your devices. You can export one or multiple texts in many different formats, including Markdown, HTML, rich text, PDF, ePub, DOCX and a blog.

In addition to Medium and WordPress, Ulysses now supports blogs built using Ghost, an open source CMS platform. If your website is built on Ghost, this should be a nice addition.

But I’m more excited about the ability to open two editors at the same time on the iPad. While the iPad is a great device if you’re looking for a focused writing environment, iOS still thinks “one app = one document”. Sure, you can open two Safari tabs side by side, but most apps only let you open one document at a time.

Ulysses now lets you open two documents at once. You can drag a document from the sidebar and drop it on the right side of the screen to split the screen into two panels. This way, if you’re translating a document, if you need to look at some references, you can scroll through a second document while you write in the main document.

But Ulysses doesn’t stop there. You can also open a second editor from the editor settings to look at different parts of the same document. And if you long press on the export button, you can also open a live preview of the document you’re currently working on.

For instance, you can see what your text will look like before you publish on your blog — headers, images, links and footnotes included. If you edit your text, Ulysses automatically refreshes the preview after a second.

Opening and closing documents is a fluid experience and this split view feature is well implemented. There have been rumors that Apple has been working on improvements at the iOS level to let you open multiple documents using the same app. Today’s Ulysses update is a good example of such a feature and how it would make the iPad even better. 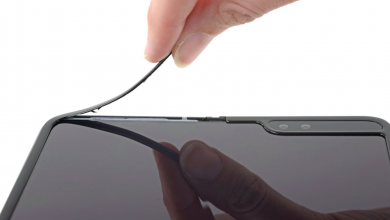