Apple has just announced a refreshed iPod touch that offers updated internals and support for several of its best new features. This time around, the iPod touch features Apple’s A10 Fusion chip, internal storage of up to 256GB, and can now participate in Group FaceTime calls and more. The updated models are available starting today, and prices start at just $199 for the 32GB model and go up to $399 for the 256GB option. It’s available in six different color options, including space gray, white, gold, blue, pink and (PRODUCT)RED.

The iPod touch has a 4-inch Retina display, an 8MP camera on the back of it, supports 1080p HD video recording, and can play up to 40 hours of music per charge. Using Siri you can easily run shortcuts from your favorite apps, set reminders, and so much more. The iPod touch still comes with a 3.5mm headphone jack, a home button that lacks TouchID, and it runs iOS 12 out of the box.

Refreshed inside, not out

Whether you just prefer to keep your media on a separate device, or you aren’t quite ready to give your kid their first iPhone yet, the new iPod touch is a great option to consider. You’ll be able to use FaceTime and iMessage to keep in touch with them when they have a Wi-Fi connection, and they can still download all the best apps that iOS has to offer from the App Store.

Diablo 3 and NBA 2K19 are on sale now on Nintendo Switch! 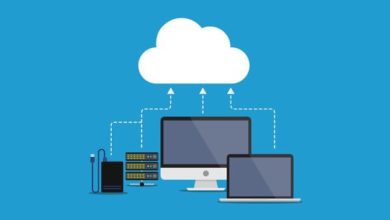 The Top 4 Cloud Backup and Storage Deals of 2019