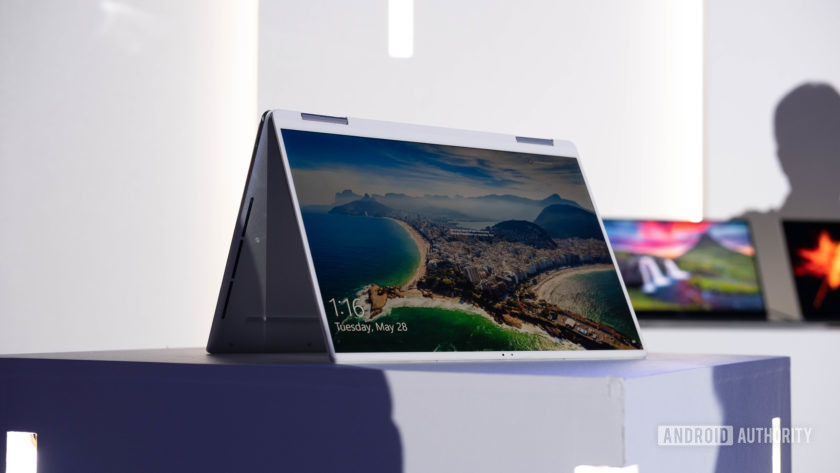 Dell’s XPS line of laptops is one of the most well-known in the business. Both the XPS 13 and XPS 15 have reputations for being the powerhouses of business laptops, offering some compelling specs while still looking quite sleek. The XPS 13, in particular, has grown in popularity over the last couple of years, offering extreme portability while hiding a lot of power under the hood.

This year’s refresh is no exception. The new XPS 13 7390 is utilizing Intel’s brand new 10th generation Ice Lake processors, which Intel says packs up to 2.5x more power than the previous generation. These chips offer also big boosts in AI processing and even have support for WiFi 6. Even though the new architecture is currently only being focused on low-wattage mobile notebooks, it’s still exciting to see the shift in performance on the low end.

Traditionally, 2-in-1 laptops have been fairly low-specced, but the newest generation of XPS 13 2-in-1’s can pack up to 32GB of RAM and 1 terabyte of SSD storage. These are some serious specs for a convertible laptop. With 32GB of RAM, you’ll likely never have to worry about your browser slowing down your machine.

The best laptops with the RTX 2080

With Nvidia’s new RTX 20 Series mobile GPUs arriving January 29, we’re about to see a flood of RTX 2080 laptops. Which ones will be the best? Let’s take a look at 15 hitting the market …

Surprisingly, Dell was able to make this laptop even more compact than before. The new XPS 13 2-in-1 is eight percent smaller than the previous generation. And if that wasn’t impressive enough, it was able to increase the display size by seven percent. This results in a more compact form factor which gives you even more real estate for content. Always a welcome upgrade.

The new laptop is sporting a 16:10 aspect ratio, which is better for working with multiple pages than a traditional 16:9 panel. You can also choose from two different resolution options. Dell is offering a 1080p display with 500 nits of brightness, or a 4k display with HDR support and 500 nits of brightness. These displays looked amazing in person, and we’re hoping to get one in for review in the near future.

The best laptops with the RTX 2080

With Nvidia’s new RTX 20 Series mobile GPUs arriving January 29, we’re about to see a flood of RTX 2080 laptops. Which ones will be the best? Let’s take a look at 15 hitting the market …

Traditionally, the XPS line has placed the webcam in the hinge between the keyboard and the display. This was awkward because it meant the person on the other end of your video call had to stare up at you. Now, Dell has managed to stick a front-facing camera in the small bezel above the display. This is its smallest camera Dell has produced to date, and it’s quite incredible that it was able to fit it in such a small space.

And of course, the XPS 13 7390 can fold into a tablet. Simply fold the display backward, and you’ve got a beautiful looking screen that should be great for watching content while in tent mode. The laptop also has pen support, so you can use the device as a drawing tablet while folded over itself.

Dell hasn’t set a release date for the XPS 13 7390, but it has announced that it will start at $999. With the improved compute performance this laptop is packing, this seems like a pretty solid price, and we can’t wait to see what kind of performance we can get out of this laptop in everyday use.

Are you excited about the new XPS 13? What is your favorite laptop of Computex so far? Let us know in the comments section below!

Check it out at Dell