Even before Computex officially launched today, AMD and Qualcomm threw down the gauntlet at Intel with a new chip and a 5G PC, respectively. Today Intel responded in kind during its keynote presentation in Taipei, introducing new processors and laptops, in addition to unveiling Ice Lake, its 10th generation Intel Core chips.

Now shipping to OEMs, the 10-nm processors will increase speeds for AI computing tasks and graphics and boost wireless speeds up to three times, Intel says. Built on Intel’s Sunny Cove architecture and Gen11 graphics engine, the series includes chips with up to 4 cores and 8 threads, up to 4.1 max turbo frequency and up to 1.1GHz graphics frequency. Gen11 will enable faster graphics in laptops, 4K HDR in a billion colors and games with up to two times faster frames per second, Intel claims. With Thunderbolt 3 and Intel Wi-Fi 6 (Gig+) inside, the company says the chips will also enable up to three times faster wireless speeds. Devices powered by Ice Lake are expected to be available for purchase by the holidays.

The company also unveiled Intel’s new class of laptops, Project Athena. Laptops built to Athena 1.0 specifications wake from sleep in less than a second, claim battery life of 9 or more hours under real-life conditions based on Intel’s testing conditions (with default settings, display brightness set to 250nits and continuous Internet connection with apps like Office 365 and Google Chrome running in the background) or 16 or more hours in local video playback mode. They are built with Thunderbolt 3, Intel Wi-Fi 6 (Gig+) and OpenVINO and scheduled to be available in time for this holiday season.

Lenovo’s senior vice president of consumer devices Johnson Jia, who helped launch Qualcomm’s first Snapdragon-powered 5G laptop yesterday, returned to the stage with Intel to showcase the the ultra-lightweight (1.2kg) Yoga S940 laptop, built on Project Athena, scheduled to go on sale in time for (you guessed it) the holidays.

Yesterday, AMD revealed the 12-core Ryzen 9 3900X, retailing for just half of Intel Core i9 9920X’s $1,100 starting price. Intel recaptured some thunder with its Intel Core i9-9900KS processor. Part of its 9th-generation chip series, the eight-core Core i9-9900KS is aimed at gamers who want to play and livestream at the same time. Like Intel’s other 9th-generation chips, it features mobile 5Ghz, and can run all eight cores at 5GHz all the time. Pricing has not been disclosed, but Intel announced that it will also be available by the holidays.

For gamers, Intel showed off its 9th-generation Intel Core-powered laptops Alienware M15 and M17, which boost mobile Ghz, a 8-core, 16-thread processor and faster frame rates and reaction times. The two laptops are expected to begin selling on June 11 at a starting price of $1,500.

Intel also announced that the Intel Performance Maximizer will be available for free download next month. The software makes overclocking more accessible by testing every core in a 9th-generation desktop processors and bringing it to maximum frequency. 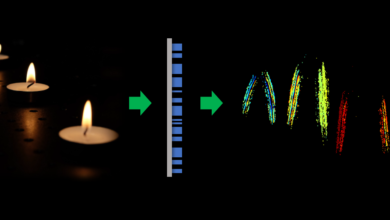 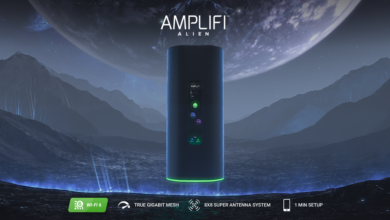