Best Answer: The best middle ground storage size option is the 128GB iPod touch 7, since it is only $299. With 128GB, the average person should have plenty of space for most of their music collection, along with photos and videos, and even apps and games. The other sizes for the iPod touch 7 is 32GB for $199 or 256GB for $399.

Plenty of space for your music and more

While the 32GB option is the cheapest and most affordable, 32GB won’t get you very far in terms of having a lot of stored music, photos, games, or apps. Especially when you consider that the operating system itself takes up a few GB already, you won’t get much space left for all of your media.

The 128GB option is a nice middle ground for many people. The price tag isn’t too high, and you get a decent amount of storage space. It is plenty for your iTunes library, photos and video, and even some apps and games. Plus, with streaming being so popular these days, you may not even need a lot of space for your music collection if you subscribe to Apple Music or even Spotify.

If you need the highest quality audio or just have a huge music collection in iTunes, then 256GB is the one you need. The iPod touch has never come in this capacity before, so it’s perfect for the music aficionados. While 128GB should be enough for most, if you never want to have to worry about remaining space on your iPod touch 7, or plan on having a lot of non-streaming media on it, then 256GB is the way to go.

What else is new?

The new iPod touch 7 also features the faster A10 Fusion chip, so it’s faster and more capable than the previous generation iPod touch. This A10 Fusion chip also allows the iPod touch 7 to get immersive augmented reality (AR) experiences, as well as Group FaceTime. The camera does support iOS 12’s auto HDR feature.

What remains the same?

Unfortunately, the iPod touch 7 doesn’t bring improvements across the board. The iPod touch 7 comes with the same 4-inch Retina display as its predecessor, so there is no improvement there. The rear camera is also the same 8MP as previous generations with f/2.4 aperture. The front camera is still 1.2MP with f/2.2 aperture. Color options remain the same as well: space gray, gold, silver, pink, blue, and (PRODUCT)RED.

When can I buy the new iPod touch 7?

The new iPod touch 7 can be purchased now from Apple.com starting at $199 and up.

All of your music and more

The new iPod touch 7 comes with the new A10 Fusion chip for faster processing power and improved graphics, especially with new AR capabilities. It also comes in a new 256GB storage size and can be used for Group FaceTime. 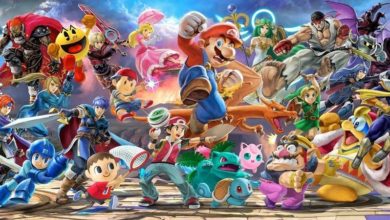 The next Super Smash Bros. Ultimate fighter is being revealed on January 16

Get a stylish, feminine tech backpack with one of these options

Which Apple TV+ launch show are you most excited for?