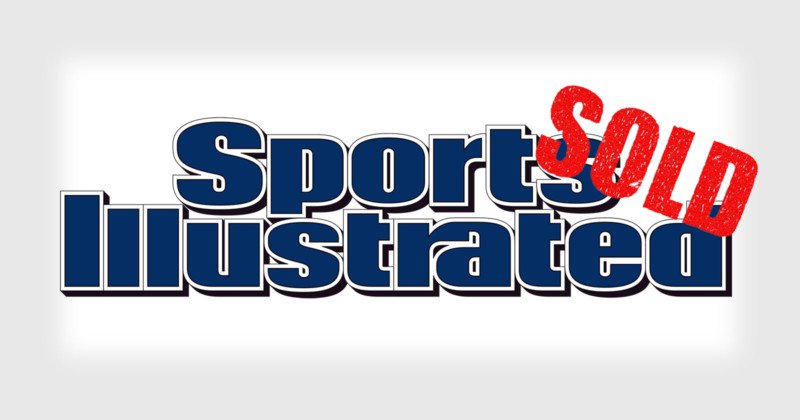 Sports Illustrated is going the way of Polaroid and Kodak. Once known for its cream-of-the-crop sports photography, the iconic magazine was just sold in a $110 million deal, and the new owner has big plans to make money by licensing out the brand.

Bloomberg reports that Meredith Corp. agreed to sell the sports magazine to the New York-based brand management company Authentic Brands Group. As part of the deal, Meredith will license the brand from Authentic Brands and continue serving as publisher of the magazine for at least the next two years.

Time Inc. was acquired by Meredith in 2018 after it was spun off from Time Warner in 2014. Meredith then announced that it would be selling a number of magazines, including Time, Fortune, Money, and Sports Illustrated. Time magazine was sold in September 2018 for $190 million to Salesforce.com founder Marc Benioff.

Authentic Brands owns and manages the rights to tens of brands and celebrity likenesses, including Muhammad Ali, Elvis Presley, Marilyn Monroe, Aéropostale, Nine West, and Volcom. It says it will leverage the Sports Illustrated brand in ways that “stay close to the DNA and the heritage of the brand.” Bloomberg reports that it could soon be slapping the famous brand name on everything from consumer goods to sports-gambling services.

“As one of the most iconic brands in sports media, SI is a cultural centerpiece with massive opportunities for growth across its burgeoning digital, TV and social platforms and industry-leading print magazine,” says Authentic Brands CEO Jamie Salter in a statement. “SI’s trusted name and fiercely devoted following set the stage for the brand to become a leader in lifestyle and entertainment.”

Sports Illustrated may be a “trusted name” in the general public, but a number of controversies over the past few years have left a sour taste in photographers’ mouths. Time Inc. sparked a photographer boycott back in 2015 with its photography contract. It also let go of all its staff photographers in 2015 and then its top 3 photo heads the following year.