Something from the fine print out of today’s WWDC keynote. Sign In With Apple didn’t get a ton of time on-stage today, but it should prove a nice new feature for the company — and for those concerned about handing over sensitive information to third-parties.

Turns out it will also be required for app developers utilizing any sort of third party login service. If they offer social logins or other third party options, they’ll have to offer Sign In With Apple as an option.

TechCrunch has learned that the company will require the new feature for developers utilizing services like Google and Facebook’s third-party login. Apple acknowledges the requirement at the tale end of its newly updated App Store Review Guidelines.

“Sign In with Apple will be available for beta testing this summer,” the company writes. “It will be required as an option for users in apps that support third-party sign-in when it is commercially available later this year.”

Yes, that means that apps with third party logins like Google or Facebook or whatever other service must offer Apple’s sign in service as well — once the service is out of beta later this year. Apple’s position on this is that there is a real benefit to offering users a sign-in option that does not require a user to hand over their personal data to an outside third-party company when trying to use a service.

A company like Bird, for instance, would want to offer customers the quickest possible signup process to get them onto a scooter. Right now, that means a social login that can put a user as little as one tap away from a ride. The tradeoff, of course, is that now Facebook knows that user is logging into that app and whatever information they’ve chosen to share with Facebook can be anonymously paired with that data to serve ads etc.

Apple noted the lengths it took to ensure user privacy during today’s event. The ability to auto-generate a random “relay” email address that forwards to the users’ received one of the biggest applause breaks of the event.

It wasn’t clear on stage but unless a developer requests an email there is literally no second step to signing into/up for an app or service with Apple’s new sign-in service. It’s literally the holy grail of signups – one single tap and it’s done. This is huge for apps that want to get people onboarded as fast as possible, especially for use in the moment. And, it’s worth noting, they also get the benefit of not having to hand off inferred usage data to outside sign-in services from other companies.

Requiring developers to utilize the feature could go a ways toward minimizing the use of popular logins like Facebook — though it could also rub a few companies the wrong way in the process. 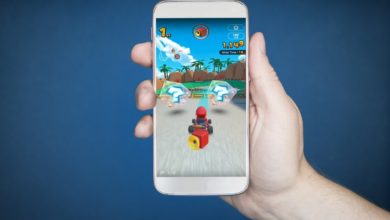 Does Mario Kart Tour have Microtransactions?

Does the Fitbit Inspire track sleep?

Must Have Baby Items for First Time Moms