iPadOS 13 lets you have your apps available in more spaces, so you can be more productive than ever. Here’s how to do it!

With the iPad, you’re able to work with multiple apps at once thanks to the App Spaces and even Slide Over views. This lets you view two documents side-by-side, or even reference another app while typing or drawing away in something else. Either way, app spaces on the iPad has gotten even better thanks to iPadOS.

What are Split Screen apps, Slide Over, and App Exposé?

Split Screen apps are apps that you’re using alongside other apps, or even referencing two documents or files in one app, in a side-by-sideSplit Screen view. With iPadOS 13, you’re able to have multiple windows of one app in conjunction with another app next to it, or even two documents at once in a single app. For example, you can have Safari alongside Notes as you research something and jot down quick notes, or you can have Safari with Twitter for easily sharing interesting links with your network. Or perhaps you have some notes written down in Notes, but you want to start fleshing it out in another document in Notes. When you work with two apps in a space, they can be an even 50-50, or 70-30, or 30-70 on the screen.

Slide Over refers to the view when you have apps floating on top of full screen or Split View apps. With Slide Over, it’s possible to have three or more apps on the screen at once, allowing you to multitask on the iPad. iPadOS 13 brings about the ability to have more than one Slide Over app, so it takes productivity on the iPad to an entirely new level with the Slide Over switcher.

App Exposé allows you to see all of the windows you have open for a single app. This is useful when you have multiple windows of something like Safari paired with other apps in Split Screen mode, and need to recall which view was in which space. It can be activated by tapping on the icon in the Dock.

How to use apps in multiple spaces

With iPadOS 13, Apple added a few more ways for you to interact with multiple apps across multiple spaces across your iPad. Let’s take a closer look.

How to add a third app to your Split Screen View

Since Split View only supports two apps at a time, as well as one app with two documents or files open at once. If you want a third app, you’ll need to use it in Slide Over mode. It’s easy to do.

Now you’ll be working with three apps at once on the single screen of your iPad.

How to add multiple app tabs to your multi-app spaces

We just showed you how to have three apps on the screen at once with a combination of Split Screen and Slide Over views. But with iPadOS 13, you can now have more than one app in Slide Over view, so you can work in more apps at once.

If you want another instance of an app that is already open in Split Screen or Slide Over views (i.e. Safari), you can choose to open up an existing instance, or a fresh new slate.

How to rotate app tabs in your multi-app spaces

When you have several apps open in the multiple Slide Over view, only the most recent one appears in the front. But it’s easy to rotate between all of your open app tabs in a Split Screen or Full-Screen space.

How to see all open apps in multiple spaces

When you start opening up a bunch of apps and working with multiple instances of an app, it’s easy to lose track of what you have open. iPadOS 13 brings a few new ways to see everything at once: App Exposé and Slide Over Switcher.

How to trigger App Exposé

App Exposé lets you view all open windows for an app. There are two ways to do this.

The other way to trigger App Exposé is when you’re just on the home screen.

While you’re in App Exposé, you can tap on an instance of that app to open it back up. Slide Over views cannot be opened unless there is an active app or Split Screen view.

How to trigger the Slide Over Switcher

Earlier, we showed you how to rotate through multiple app tabs in Slide Over view. If you don’t want to go through them all one-by-one, you can spread them out and pick the one you want to jump to with the new Slide Over Switcher.

How to remove apps from your multi-app spaces

With so many ways to interact with apps, you may end up with too much going on, or maybe you’re just done for now. How do you get rid of everything?

How to remove app tabs

How to exit Split screen

You should now be back to a single app on the screen.

Important gestures you should know when using apps in multiple spaces

Have any questions regarding App Exposé, multiple Slide Over apps, and multiple spaces in iPadOS 13? Let us know in the comments!

Does the Mophie Juice Pack Access have a power button? 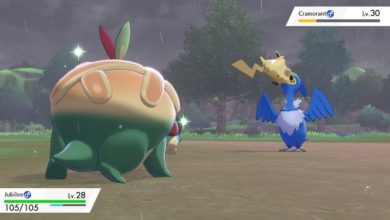 Pokémon Sword and Shield: How to evolve Applin

Harry Potter: Wizards Unite: What are Inns and how do they work?

Dragon Quest XI’s Hero and Banjo-Kazooie are coming to Smash!