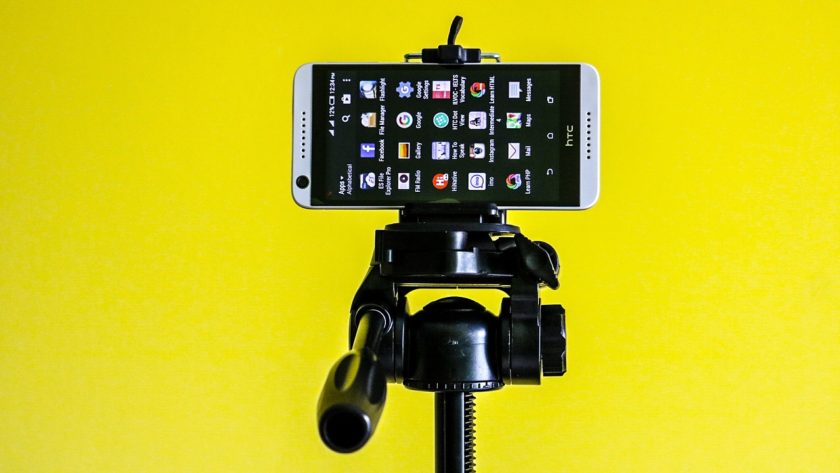 Smartphone photography has come a long way in the last decade. Nowadays, almost every flagship has a camera with multiple lenses, which allow you to take creative and impressive shots. But even if you don’t have the latest and greatest smartphone, you can up your photography game with a phone tripod.

In this article we’ll explain what they are, how to use them and which ones are the best depending on your needs.

What are phone tripods?

Tripods are stands with three collapsible legs designed to hold your photography equipment. They are braced around a center post for maximum stability and feature a smartphone or camera mount on top, as well as several joints which allow you to rotate and tilt your device. The biggest difference between smartphone and DSLR tripods is that the latter are usually bigger and sturdier, since the weight of the camera and additional lenses is usually much higher than that of a smartphone. However, the main functions they perform remain the same: stabilizing your device and allowing you to take well-framed shots from a variety of angles.

There are several types of phone tripods:

Why you should use a smartphone tripod

If you are just getting into smartphone photography as a hobby, you might be asking yourself how a smartphone tripod will help you. Maybe you have a steady hand and the stabilization alone does not seem worth it. Yet, the truth is that a tripod can take your photography game to the next level with beautiful shots and video you would never be able to take hand-held. Let’s break the main reasons down.

We have all seen these stunning photographs in which the lights of passing cars are transformed into streams of light flowing down the street. This is achieved with the help of long exposure. Taking such shots is possible via your smartphone’s Manual or pro mode, but for truly great results you need a smartphone tripod. Why is that? Most photos are taken with a shutter speed of between 1/600th of a second and 1/4000th of a second, though in lower light photos may go down to about 1/200. Long exposure shots, on the other hand, need the shutter to be open for at least a couple of seconds, while the phone is completely steady.  This is usually impossible when holding your smartphone in your hand. Even the steadiest hands will move slightly, which in turn could result in a blurry shot. With a tripod and a bit of practice, you too can wow your friends with beautiful long exposure photographs.

Similar to long exposure shots, one of the best ways to capture great photos in low light conditions or at night is to use lower shutter speeds. Even if you don’t use manual mode for night shots, but rather the Night mode, which can be found on your manufacturer camera app on most devices, it is by no means perfect. This is why, once again, a smartphone tripod is your best companion if you want to take breathtaking night photos outside of the bright lights of the city. It will help reduce noise and blurriness. Even a Pixel 3 or 3 XL with its amazing Night Sight, which uses powerful onboard software and mixed exposure, can benefit from using a phone tripod. Moving objects are one of the few things (if not the only) Night Sight struggles with, but with a phone tripod you can elevate your Pixel night photos from great to amazing.

Night Sight is amazing but it can be even better with a tripod.

If there is one area that has immensely improved in smartphone photography in the last couple of years, that’s zooming. We now have amazing technology like OPPO’s 10x hybrid zoom and Huawei P30 Pro‘s jaw-dropping 50x digital zoom. However, in videos that demonstrate the awe-inspiring abilities of such tech, you can clearly see that at great distances even the slightest movement sends the framed shot flying. To avoid this, if you want to take a picture of every gargoyle on a gothic cathedral for example, a smartphone tripod with a rotatable ball head is a must.

With the P30 Pro you can capture every detail even at a huge distance, but a tripod makes your job easier.

Panoramas also greatly benefit from being shot on a tripod mounted smartphone – your shots will be much steadier with fewer cut off areas. However, a tripod for your smartphone can also make you think more creatively. With it, you can take shots from a wide variety of angles that would impossible or impractical when holding your device in your hand. Some allow you take photos at ground level without having to roll around in the dirt, for example. Setting up the tripod also gives you time to think about your shot and what you want to frame – giving you the opportunity to capture the precise mood and atmosphere you want.

A smartphone tripod can make you think more creatively and enable you to take better framed shots.

Probably one of the best use cases for tripods is shooting any kind of video. There is nothing worse than shaky shots that prevent you from concentrating on anything that is being shown and said in a video. If you opt for a lighter phone tripod, it can not only be used for shooting timelapse videos but used for vlogging on the go and much more.

Which smartphone tripod is best for you?

As previously mentioned, there are different types of phone tripods that suit different needs. We will look at the three most common ones, explain what they are best for and recommend the best we’ve found from each type.

These tripods are the smallest of the bunch, and as their name suggests, are best suited for use on a flat surface. Some of them are designed for smartphones, while for others you will need to purchase a separate smartphone tripod mount. They usually are light and easy to carry around, but they shine best when used at home. Are you an aspiring influencer or streamer? Do you want to take great selfies without your arm in the shot? Then tabletop tripods are your best choice. They can also be used for filming timelapses. If you have a great view from your window or balcony, just place your smartphone in your tripod and film away – be it the autumn leaves turning red and yellow or winter snows slowly covering the landscape. Tabletop tripods are also great for vlogging, so if you want to start your YouTube career on a budget, you can’t go wrong with one.

But which tabletop tripod should you buy? We recommend checking out the Manfrotto PIXI Mini Tripod Kit. It weighs only 7.8 ounces and has a max height of 16.5 cm or 6.4 inches. It also comes with a universal smartphone clamp. It’s sturdy, portable and can be used as a selfie stick when folded. The best part? It only costs $24.90. And if you already have a smartphone clamp or mount, you can get it for $16.92.

Get it on Amazon

These tripods, often called octopus tripods, get their nickname from their flexible legs. They can be folded and adjusted in multiple ways and used to wrap around objects. They are the middle ground between tabletop and more traditional tripods. They are light and portable, but usually have a lower maximum height than traditional tripods. Nevertheless, they are much more versatile than their tabletop cousins. You can use them at home to vlog or take selfies, but you can also take them with you traveling. You can wrap them around tree branches, fences, poles and other objects to get the perfect holiday group photo and much more.

The tripod with flexible legs we would recommend is the JOBY GorillaPod 1K Kit. It can be used with both cameras and smartphones, and the stand and ballhead are both included (although you can purchase only the stand). It’s incredibly durable, but also portable with a weight of 0.43 lbs. Its load capacity, on the other hand, is 2.2 lbs, which means you can use it with a variety of devices, including tablets if you so choose. The JOBY GorillaPod 1K Kit usually costs around $50, but at the time of writing, you can find it on sale for only $28.00, which is a total steal. However, it has one downside – it does not come with a smartphone tripod mount. You will have to purchase one separately, but there are many budget versions like the Manfrotto Universal Smartphone Clamp, which costs around $10.

We also recommend checking out Square Jellyfish’s Metal Smartphone Spring Tripod Mount. It’s a bit pricier than most at $16.95, but it’s very durable and flexible – thanks to a dial on the back you can position your phone in a variety of angles.

GET IT ON AMAZON

When it comes to photography you can’t go wrong with a traditional tripod. They offer the most stability and height and can be used to film or take photos in almost any situation. They are the best for time lapses, landscape photographs and group portraits. However, they usually are more expensive than their tabletop or octopus counterparts and often don’t come with a smartphone mount or clamp. Therefore, you shouldn’t shell out a lot of cash if all you plan on taking are standard holiday photos. Traditional tripods can also be heavier unless they are made from light materials such as carbon fibre, which will further increase their price. Nevertheless, if photography – smartphone or otherwise – is a serious hobby of yours, they are hard to beat.

This is why we recommend checking out Ravelli’s aluminum tripods. The brand offers five models, each with a different maximum height. The tallest is the 72 inch Video Tripod, but for beginners we recommend the 61 inch Ravelli APLT4. It costs only $24.96 and is easy to transport. It collapses to 19 inches, weighs 2.1 pounds and comes with a carry bag. It also has rubber feet and lever leg locks, making it easy to position. The best part, however, is that the Ravelli APLT4 comes with a universal smartphone mount. It’s one of the best entry level tripods you can buy.

GET IT ON AMAZON

Note: we should mention that there are a lot of all-in-one tripods that can be used as a selfie stick and a tripod, but their quality and durability can be questionable. The same goes for so-called universal Bluetooth remotes that often have trouble connecting to your smartphone. This is why we have excluded them for our list.

These are our recommendations on why you should use a smartphone tripod and some of the best you can buy. Did we miss any great products or tips? Let us know in the comments and share your tripod experiences with us.

Cyber Monday 2019: All the best deals we could find 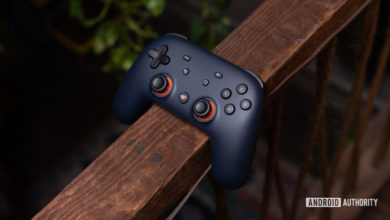