There’s a ton of streaming services out there in 2019, with more being added all the time. One of the oldest services still remains the best — we’re talking about Hulu. With an extensive library of films and shows, and now its Live TV add on, Hulu is still one of the top streaming platforms in the U.S. So what is Hulu and what all service plans does it offer? Let’s jump in and take a closer look.

What is Hulu and how does it work?

So what is Hulu? Hulu is an on-demand video streaming platform that has been around for more than a decade. Founded in 2007, it is currently owned by Disney and Comcast, with the Walt Disney Company owning a majority stake. Unfortunately for many, Hulu is available only in the U.S. and Japan. Although there have been plans to make the streaming service international dating all the way back to 2010, no Canadian, European or any other versions have materialized yet, likely due to content licensing issues. However, the Hulu and Hulu (No Ads) plans are also available in Puerto Rico, as well as on U.S. military bases.

If you are currently living in the States, you’d be happy to know that Hulu is among the best streaming platforms available. If you don’t believe us, trust the numbers instead – as of May 2019, the platform has 28 million subscribers. Hulu also has a vast library of content – it’s estimated that it hosts around 2500 movies and more than 40, 000 episodes from thousands of TV shows. Combined with its new addition of Live TV streaming (which we will discuss later in this article), Hulu can be a dream come true for any cord cutter that misses network TV programming.

Hulu can be a dream come true for any cord cutter that misses network TV programming.

To top it all off, Hulu is easy to access on almost any device on your choice. As you would expect, you can stream Hulu content on the web and through the service’s Google Play and App Store apps. However, you can also access it on multiple smart TVs, including Apple, Samsung and Fire TVs, on your Xbox One, PlayStation 4 or Nintendo Switch and even on your Echo Show by saying “Alexa play (or stream/watch) the Handmaid’s Tale”, for example. With all of this in mind, Hulu is hard to pass up.

Of course, no streaming service is that tempting without knowing how much it costs. The good news is that Hulu is one of the cheaper streaming platforms. These are its three currently available subscription plans without add-ons:

Hulu also used to have an ad-supported free version with a smaller library back in the day, but that’s no longer the case. Nevertheless, if you can stomach the ads, its basic plan has one of the best price to content ratios. There are completely free ad-supported streaming platforms like Sony Crackle, of course, but their catalogs are significantly smaller.

The No Ads plan, on the other hand, is quite self-explanatory. It offers the same content without the annoyance of commercials! There a couple of exceptions, however. Three to be exact. Grey’s Anatomy, Marvel’s Agents of S.H.I.E.L.D and How to Get Away with Murder all feature short ads before and after episodes. While that might go against some users’ understandable expectation that No Ads should really mean zero advertisements, others probably won’t mind.

First things first: It’s impossible to proclaim the ultimate winner in the Hulu vs Netflix battle. Although the basic premise of the two streaming services is the same, they are very different from one another …

What if you want to share your No Ads plan with a loved one? Just like Netflix‘s Standard plan, Hulu (No Ads) allows you to have up to two streams open simultaneously, but you can have the app installed on an unlimited number of devices. The standard one-month free trial is also on offer for both Hulu and Hulu (No Ads). However, Hulu does not have a Premium plan with more simultaneous streams or 4K streaming. Currently, the only shows available on the platform in 4K seem to be various Yu-Gi-Oh! Japanese animated series.

What is Hulu TV?

You might have heard of Hulu TV, but what is it?  Officially dubbed Hulu + Live TV, this is the most unique plan offered by the service. To put it simply, it’s like a cable package coupled with the full video on-demand catalog. It allows you to stream over 60 channels, including the standard CNN, Fox and CBS. You also get channels like ABC, Disney Channel, Disney Junior, ESPN, ESPN 2 and ESPN News. Other great additions for fans of non-fiction programming are Animal Planet, National Geographic, Nat Geo Wild and the Smithsonian channel. You can check out the full list here.

With such variety, you can enjoy live news, sports, kids programming and much more with a single subscription.

But does it sound too good to be true? Compared to other Live TV streaming services such as Fubo or SlingTV , Hulu + Live TV is a bargain at $49.99/month. It not only includes Disney-owned channels but the massive catalog of on-demand shows and movies, as well as 50 hours of cloud DVR. Is there a catch? Sort of – 4K streaming is not available. You also need to purchase No Ads as a separate $10/month add on top of the Hulu + Live TV plan, if you want to enjoy content without interruptions. As you might suspect though, that doesn’t apply to live channel streams or DVR recordings. Channels that broadcast commercials will do just that even if you watch online through Hulu.

If you’ve got the cash to spend, however, Hulu + Live TV offers a variety of add-ons that might grab your attention: premium networks such as HBO and Cinemax, which will cost you an additional $14.99 and $9.99 respectively, an entertainment channel package which includes the Cooking Channel and so on.

Is Hulu not working? Here’s what you can do to change that

You can even shell out $5 each on Enhanced Cloud DVR storage of 200 hours and Unlimited Screens. However, you should keep in mind that even with Unlimited Screens some restrictions apply. Content from premium channels like HBO, Cinemax and SHOWTIME is only allowed on 5 screens at a time. There is a lot of room for personalization, but Hulu + Live TV is not without its flaws. It offers a great variety, but it comes at a cost, especially if you want all the extras.

Note: Hulu + Live TV only offers a one week free trial, unlike the other subscription plans.

What can you watch on Hulu? A closer look at on-demand content

At its core Hulu is still an on-demand video and TV service, and what makes or breaks such a platform is its library. Hulu has impressive numbers, but does it offer quality as well as quantity? On the TV show front, we can vouch for it. If you are a fan of animated series, for example, you will love it. You can binge watch classics like Daria, The Simpsons, Futurama and South Park, but also catch up on newer hits like Adventure Time, Rick and Morty and Gravity Falls. The selection of Japanese anime is also top notch with familiar titles like Sailor Moon, Attack on Titan, One-Punch Man, Jojo’s Bizarre Adventure, Code Geass and more.

The live action show catalog doesn’t fall far behind. Comedies like Brooklyn Nine-Nine, Parks and Recreation, and The Office (UK) will keep a smile on your face, while your thirst for mystery and thrills can be quenched by classics like Twin Peaks and The X-Files.
Sci-fi fans can also enjoy great titles like Firefly, Star Trek: The Next Generation and Battlestar Galactica. There also are countless attention-grabbing dramas like Killing Eve, The Terror and more. The best part is that episodes from on-going series are uploaded just days after their TV premiere.
We also shouldn’t forget Hulu Originals. Although the streaming platform is far behind Netflix in this regard, there are some compelling offerings. None more so than The Handmaid’s Tale, based on the popular and ever more relevant Margaret Atwood novel of the same name. We recommend checking out the original period drama Harlots set in 18th century London as well. You can check out the full list of originals here.

Finally, let’s have a look at the movie catalog. We have to admit that this is where Hulu falls a bit short compared to the competition. Sure, you can find classics like Pulp Fiction, The Shining and Robocop, but there’s also a lot of less than great titles. In particular, a lot of mediocre comedies, soapy dramas and Christmas movies. Many recent films, like Spiderman: Homecoming, on the other hand, are heavily advertised on the movies page but are only available through the STARZ add-on ($8.99/month).

You can still find compelling titles like Annihilation, The Dark Knight, Let the Right One In and more, but the movie selection is a bit lackluster. It is the Achilles’ heel of Hulu, but if you don’t mind spending some extra cash, you can fill the gaps with add-ons like HBO, STARZ and Cinemax.

Best movies on Hulu to watch and enjoy

Overall, Hulu is an excellent streaming service that offers affordable and versatile packages that can be personalized to fit your needs. Are you using Hulu? Did we miss some tips or great shows? Let us know in the comments. 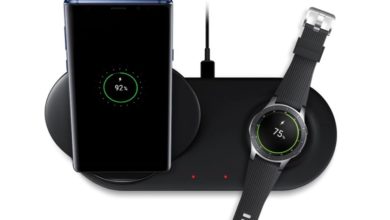 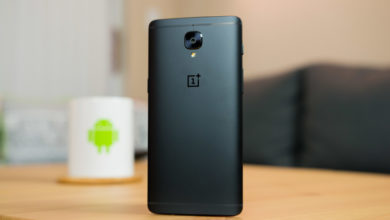