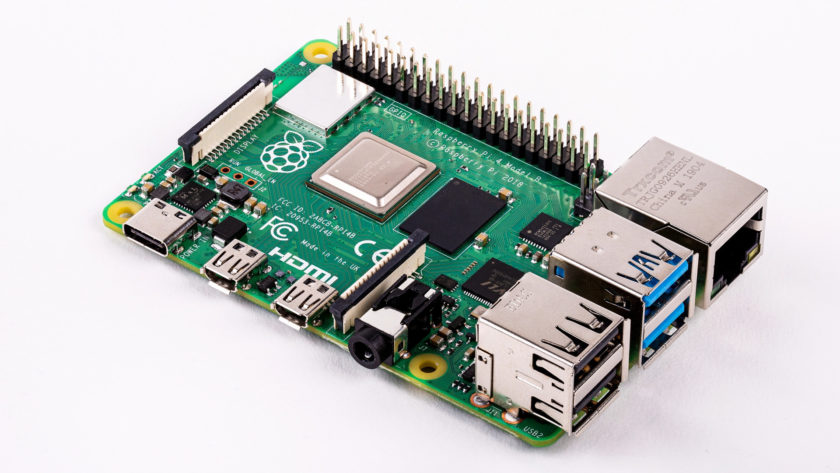 The biggest Raspberry Pi 4 upgrade is arguably in the chipset (BCM2711), as we’ve now got four Cortex-A72 CPU cores. This is a massive step up from the Model B+, which offered power-sipping Cortex-A53 CPU cores. In fact, the foundation says you can expect a 3x performance boost over the old chipset. We also see a RAM upgrade from LPDDR2 to LPDDR4 with the new model.

Video-related specs include a VideoCore VI GPU, 4K/60fps HEVC video playback, and dual-monitor support up to 4K (via two micro HDMI ports). The latter is a pretty big improvement over the previous model, which didn’t easily support dual monitors.

How to build your own digital assistant with a Raspberry Pi

https://www.youtube.com/watch?v=mIXgzoYn8lk As voice recognition and natural language parsing have improved so has the availability of digital personal assistants, from Bixby to Alexa or Cortana to Google Assistant, all the major tech companies are continuing to develop …

Connectivity options have also been upgraded over the older model. The Raspberry Pi 4 now offers two USB 3.0 ports (in addition to two USB 2.0 ports), USB-C for power instead of microUSB, and Bluetooth 5 instead of Bluetooth 4.2.

The Raspberry Pi 4 starts at $35 for the 1GB RAM version, $45 for the 2GB option, and $55 for the 4GB variant. The starting price is the same as the Raspberry Pi Model B+, so you’re getting loads of additions without paying anything extra. Keen to buy one? Then you can check out the listing via the button below.

Here’s what every 5G phone will cost you