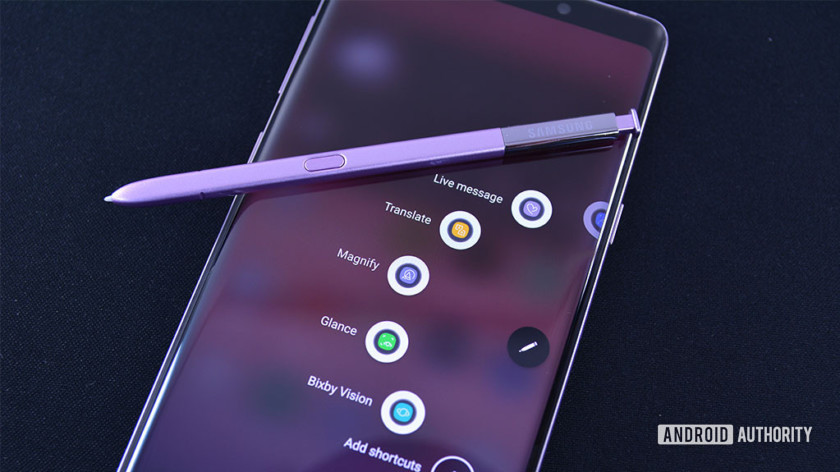 We’re only a few months away from an official Samsung Galaxy Note 10 announcement. The Note 10 is Samsung’s true flagship and we expect it to compete with just about any handset on the market. The Galaxy Note 9 took home our best of Android 2019 award, so the Note 10 has a big pair of shoes to fill.

We are still a ways out, but we can put together some guesses for this year’s Note device.

Great specs and a 5G variant

We fully expect the Galaxy Note 10 to come packed to the gills with features and specs. That includes the latest Snapdragon 855 (or Samsung’s latest Exynos 9820), at least 8GB of RAM, at least 128GB of storage with SD card expansion, and well over 4,000mAh in the battery. There is every reason to believe we’ll get most, if not all, of those things.

We expect the Galaxy Note 10 to be among the heaviest hitters in terms of specs, battery, screen, and camera.

There is a rumor that four Note devices are coming this year. We’ve also seen evidence that at least one of those variants sports a 4,500mAh battery. However, for the most part, the Samsung Galaxy Note 10 should mirror the Samsung Galaxy S10 Plus in most respects.

A bigger change to the cameras

The Galaxy S10 5G had four cameras and that’s already a large departure from the two camera setup from last year’s Samsung devices. We expect the Samsung Galaxy Note 10 to match that camera total. There is a rumor that the Note 10 may get a quad rear-camera setup. That falls within expectations given the S10 5G’s quad camera setup.

A four camera setup is likely, but we’d love to see that 64MP sensor and computational photography even more.

Samsung recently revealed a 64MP camera sensor. We don’t believe it’ll make its way into the next Note, but we can always hope. These super high-resolution cameras use a neat pixel-binning trick to take better low-light photos. Samsung is also toying with pop up cameras as well and a 5x optical zoom feature. Both of those features would look great on a Note 10. There is also a rumor that the Note 10 cameras could have triple aperture, an improvement from the dual aperture from its current flagship models.

We also want to see a bigger push from Samsung in the field of computational photography. Google’s Night Sight is slaughtering the competition in low-light photography right now and competitors are closing the gap fast. Samsung improved low light performance on the S10 Plus since its launch, but as always, we want to see more.

We fully expect Samsung to use the same Galaxy S10 Plus screen design and technology on the Galaxy Note 10. That includes the punch-hole camera cutout, embedded in another one of Samsung’s legendary AMOLED phone screens. It’ll likely be an aspect ratio that makes the Note 10 taller than the S10 Plus, but also thinner. We saw a similar design choice on the Galaxy S9 Plus and the Galaxy Note 9.

However, there is potential hope for a big change. We talked earlier about Samsung dabbling with pop-up cameras similar to what Oppo, Vivo, and OnePlus use and that could mean a seamless, no-bezel display. In addition, OnePlus confirmed to us that the 90Hz display in the OnePlus 7 Pro was Samsung’s handy work.

Samsung has all of the tech available to do what the OnePlus 7 Pro did with its display.

Thus, there is the potential that the Note 10 will sport a screen similar to the OnePlus 7 Pro. Samsung has all of the technology to make it happen. We, of course, want that in spades, if we can get it. However, we expect the Note 10 display and general front design to mirror that of the S10 Plus, with the punch hole display and Samsung’s truly excellent QHD AMOLED (60Hz) screen.

Samsung introduced a 25W charging solution on the Samsung Galaxy S10 5G and we certainly hope that makes its way to the Galaxy Note 10 as well. The Note 10 should still use Samsung’s Quick Wireless Charge 2.0 standard. We don’t expect any deviation from that. If the Note 10 doesn’t get the 25W charging solution, it’ll most likely end up with the same charging package as the S10 Plus. All of that, with the phone’s reportedly large battery, should be more than enough to keep the phone alive all day.

Additionally, the Note 10 should come with all the niceties, like an IP68 rating, in-display fingerprint reader, Samsung’s fast wireless charging and Wireless PowerShare, stereo speakers, a headphone jack, and, of course, the S Pen. We also wouldn’t mind a jump to UFS 3.0 storage, even if it’s not quite the speed jump many think it is.

The Note 10 may be the first Samsung flagship without a headphone jack.

For the S Pen, it would be excessive to ask Samsung for a massive overhaul of the S Pen. It received such an overhaul just last year. The ability to get a 30 minute charge in 40 seconds is still impressive and its 4,096-level pressure sensitivity is right up there with industry leaders. At best, we would like to see some new features for the remote capabilities on the software side, but we don’t expect any great leaps in hardware this year.

A decent price and quick(er) updates

We fully expect the Galaxy Note 10 to launch at $999 like its predecessors. In fact, it damn well better be, because any more expensive and it’s up in iPhone territory. Nobody wants that. Of course, we’d love to see the Note 10 go for less money, but it most likely won’t.

Despite popular opinion, Samsung is actually improving its update speed and frequency.

In terms of updates, Samsung has improved over prior years. The Galaxy Note 9 and S10 range have Project Treble and that should help hasten updates to new versions of Android. We expect the Galaxy Note 10 to have it as well. Additionally, Samsung has been much better about frequent security updates for its devices. That should translate to the Note 10 as well.

Give us your thoughts on the upcoming Samsung Galaxy Note 10. Is there anything in particular you want to see? Let us know in the comments! 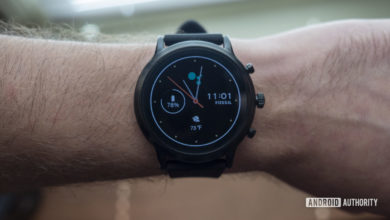 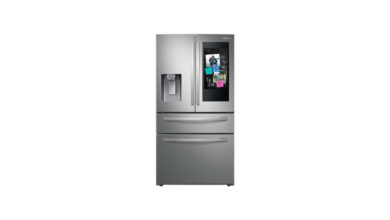