Mukesh Ambani, India’s richest man, has enabled tens of millions of people — if not more — to come online for the first time with his disruptive telecom network. He has changed how many Indians, once thrifty about each megabyte they spent browsing the internet, consume mobile data today.

But many of these first-time internet users are increasingly struggling with grasping the nuances of the internet — often ending up trusting everything they see online and, in extreme cases, causing major chaos in the nation. Ambani now wants to help these people understand the ins and outs of the digital world.

His telecom network Reliance Jio announced today a literacy program called “Digital Udaan” for first-time internet users in India. The two-and-a-half-year-old telecom network, which has amassed more than 300 million subscribers, said it has partnered with Facebook to create “the largest ever digital literacy program” that will offer audio-visual training in 10 regional languages.

As part of the Digital Udaan program, Reliance Jio will hold training sessions to help its users learn about internet safety, and how they should engage with popular services and its devices. The operator said it will hold these sessions each Saturday and also provide training videos and information brochures to users.

Reliance Jio said Facebook helped it build and curate modules that are relevant for people in cities and small towns in India. In the first phase of the program, Jio will conduct these training sessions in about 200 different locations across 13 states. It will then expand to more than 7,000 locations, where “millions of JioPhone users and other first-time internet users” live.

“Facebook is an ally in this mission, and we are delighted to partner with Jio in attracting new Internet users and creating mechanisms for them to unleash the power of that access,” Ajit Mohan, VP and MD of Facebook India, said in a statement. Facebook and WhatsApp count India, where they reach about 350 million users, as their largest and fastest growing market. There are more than 500 million internet users in India.

Akash Ambani, director of Reliance Jio, said he hopes to “help eradicate barriers of information asymmetry and provide accessibility in real time. It is a program for inclusive information, education and entertainment, where no Indian will be left out of this digital drive. Jio envisions to take this to every town and village of India, achieving 100% digital literacy in the country.”

Reliance Jio, through its free voice calls and low-data prices, has significantly helped accelerate the growth of India’s internet and smartphone ecosystem. The platform has brought the nation, now the world’s second largest internet and smartphone market, to a point that many thought would have taken more than five years to reach.

But this growth has also accompanied new sets of challenges. WhatsApp, which is the most popular app in India, continues to grapple with the spread of false information in the nation, for instance. Other social media services are facing similar challenges as well. Last year, WhatsApp began to air TV commercials in India to help users become more cautious about the messages they share on its service. It also partnered with Reliance Jio to pay for teams of performers to travel across India to hold roadshows to help people better understand the rampant rise of fake news. 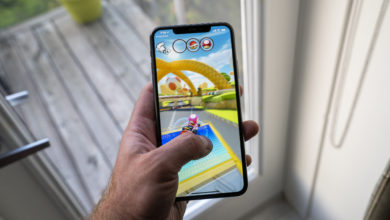 Bunq lets you track and settle up group expenses 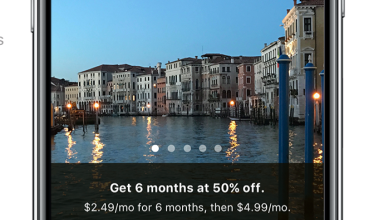